Dr. Charles Hoffe said he was suspended ‘for the crime of causing ‘vaccine hesitancy,’ for speaking out about my vaccine injured patients.’

A Canadian family doctor says he has been punished by his local health authority because he raised concerns about side effects he observed in some of those who had received the Moderna covid-19 jab within his community. “I am no longer allowed to work in the ER,” British Columbia Dr. Charles Hoffe said, according to a True North News report. 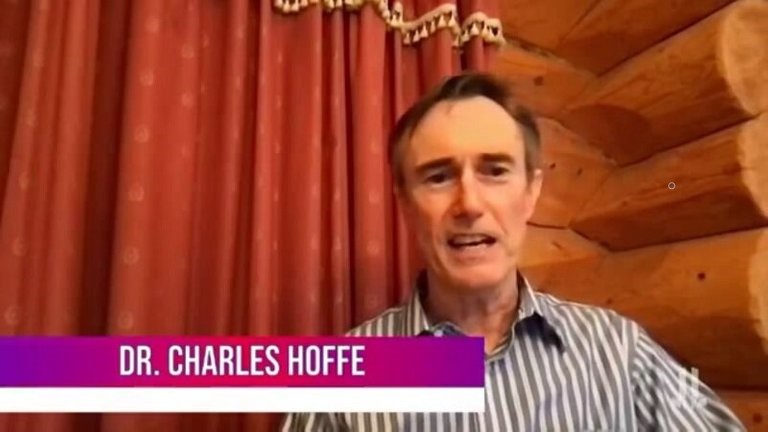 Hoffe added that his suspension from the ER came at the end of April, after his local health authority “suspended” his clinical privileges “for the crime of causing ‘vaccine hesitancy,’ for speaking out about my vaccine injured patients.”

In an April 5 letter, Hoffe had written to British Columbia Provincial Health Officer Bonnie Henry that he was “quite alarmed at the high rate of serious side effects from this novel treatment,” in reference to Moderna covid-19 injections given to 900 mostly Indigenous people in Lytton, British Columbia.

Hoffe said he had observed one patient death, “numerous” allergic reactions, along with three individuals who had “disabling” neurological deficits completed with chronic pain, which persisted “for more than 10 weeks after their first vaccine.” “So in short, in our small community of Lytton, BC, we have one person dead, and three people who look as though they will be permanently disabled, following their first dose of the Moderna vaccine. The age of those affected ranges from 38 to 82 years of age,” wrote Hoffe.

Following his letter, Hoffe said, he was no longer allowed to work in the ER department of St. Bartholomew’s Health Centre due to his views on the covid injection. He still can work in his private practice. “I am still permitted to see patients in my private practice, which is not under the jurisdiction of the Interior Health authority,” Hoffe said. Losing the ability to work in the ER has resulted in his income being slashed by half, which he explained is “the price of advocating for the safety of my patients.”

A community note which was posted on the Lytton Medical clinic door states that Hoffe’s “suspension” by the local health authority will “likely” mean that the “emergency room in Lytton will be closed for at least two weeks out of every month.”

In a recent statement, the College of Physicians and Surgeons of British Columbia (CPSBC) and the First Nations Health Authority (FNHA) said they were aware of “public statements from physicians that contradict public health orders and guidance [being] confusing and potentially harmful to patients.”

CPSBC registrar and CEO Dr. Heidi Oetter threatened to take action against doctors who speak out against the government narrative, saying in the statement that those who “put the public at risk with misinformation may face an investigation by the College, and if warranted, regulatory action.”

Just recently, Hoffe was one of ten doctors who spoke in a video calling for an end to “ethically unjustifiable” covid-19 lockdowns. The video was published by Professionals Against Lockdowns, which was created by Liberty Coalition Canada.

The physicians in the video said parents need to “demand” a modification from those in charge so that kids can live their lives again without masks or “social distancing.” In the video, Hoffe stated that “children are not the main spreaders of this disease,” and urged people to not “risk ruining their life with this experimental vaccine in order to protect them from a disease that really poses no risk to them at all.” “So if anyone tells you that your child needs to be vaccinated against covid to protect you or their teacher or their grandparents or anyone else, it makes absolutely no sense at all,” said Hoffe.

He also mentioned other side effects his patients suffered following vaccination with the covid jab, including “constant pain, headaches, muscle weakness, and dizziness.” “These were three previously healthy people whose lives have now been ruined by this experiment,” Hoffe emphasized.