The tea ceremony in Japanese culture is based on four basic principles. These are wa (harmony), sei (purity), kei (respect), and jaku (tranquility). They come from the Zen philosophy. In fact, in Japan, the tea ceremony actually transmits a specific way of life.

Chadō, or, literally, “the way of tea” refers to a whole philosophy that’s embedded in a tea-drinking ceremony. However, this ceremony goes far beyond the simple act of adding boiling water to tea and serving it. In fact, in Japan, they even study the practice in universities. That’s because, through this ritual, they transmit values such as humbleness, human connection, honesty, and refinement. 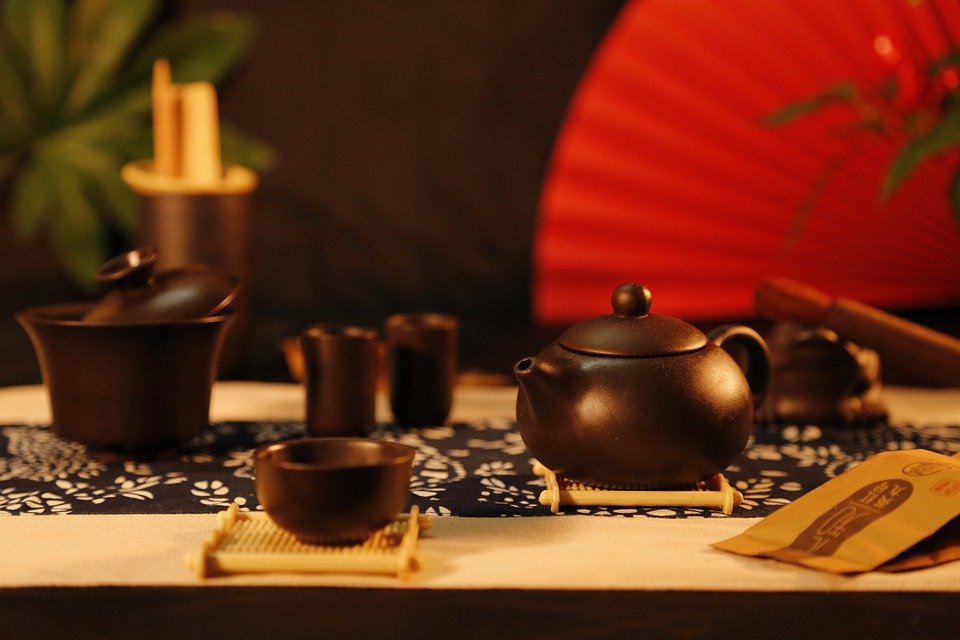 Japanese culture fascinates the Western world. We’re attracted by its mysticism, customs, and rituals. Indeed, they represent a society based on respect and a sense of cooperation and self-improvement. One of the most fascinating customs is the one surrounding the tea ceremony.

Since Buddhist monks introduced tea in the ninth century, its consumption was related to a series of ritual practices that both hosts and guests had to follow. Among these were self-knowledge, as well as a spiritual connection to a number of the principles of Zen philosophy.

In the 13th century, the samurai also used this ritual. However, it wasn’t until the 16th century that Sen no Rikyū, the best-known historical figure in relation to tea ceremonies, introduced a new concept. This was known as ichi-go ichi-e, which meant ‘the importance of enjoying every moment’. In fact, recognizing every moment as a perfect once-in-a-lifetime experience that won’t ever be repeated.

Let’s see what this philosophy has to teach us.

“Drink your tea slowly and reverently, as if it is the axis on which the world earth revolves – slowly, evenly, without rushing toward the future” – Thich Nat Hun.

The four components of chadō

Above all, chadō is a transformative process. In this regard, Okakura Kakuzō, in his two books, The Book of Tea and Ideals of the East: The Spirit of Japanese Art explained something that’s both interesting and relevant. He stated that the custom of chadō aims to improve the life of the person who carries it out.

This is achieved with values such as discipline, honesty, and refinement. Indeed, for Japanese people, paying attention to good manners is synonymous with respect. In this way, they establish an exquisite connection to one another. This is all integrated into the tea ceremony.

There are four basic components to Chadō. It comes from Zen philosophy. In fact, hosts is necessary to always take this fact into account when carrying out the ritual.

Japanese culture suggests that taking tea with someone represents the balance of nature itself. Indeed, the harmony of the forests, oceans, and mountains is all represented in the act of taking tea.

To achieve this harmony, the host and their guests is necessary to always be respectful to each other. This precious connection, full of affection, peace, and kindness, emphasizes the same harmony found in the natural world. Therefore, everything is connected. In fact, ultimately, it all becomes one and the same.

Sei means the need to treat oneself and others with a pure heart. Indeed, the host is necessary to be open, honest, and transparent. In addition, it signifies their ability to cleanse both themselves and their homes of all negativity, resentment, and bad energy.

When a group of people gathers for tea, hierarchies and differences in status cease to exist. Furthermore, in order the keep everything flowing, the group is necessary to promote respect. Nobody should impose their opinion on others or be boastful. There is need to be an absolute respect. This way, they’re also complying with the above two principles of harmony and purity.

Finally, when the host has managed to master the wa, kei, and sei, they approach the fourth level of jaku or tranquility. At this point, they’re able to transcend beyond the ceremony itself. Only then do they fully appreciate that the serving of tea represents life itself.

Having a respectful, upright attitude with the purity of heart that takes care of others without being arrogant makes it easier for the Japanese to attend to their cultural values. In fact, since ancient times, Zen philosophy has formed the backbone of the behavior of Japanese society. This is complemented by the ritual of the tea ceremony.

The ritual built around the tea ceremony is as extensive as it’s fascinating. As a matter of fact, its formalism, the implements used, and even the building where it’s held (sukiya) continue to follow the age-old tradition today. To the Western person, it remains a rather curious practice.

Einstein’s thinking on bees, birds and their clues about physics, revealed in previously unknown letter