Cheese is one of the most neuroprotective foods 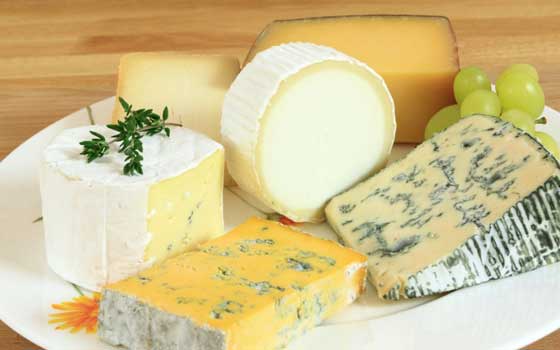 What you eat has a powerful effect on brain health and can even influence your cognitive function long-term. In particular, a study of 1,787 adults revealed that out of 49 whole foods, cheese was “by far” the most protective food when it comes to avoiding age-related cognitive problems.

Cheese has been unfairly vilified due to its saturated fat content, when in reality it’s a wholesome food that provides key nutrients many people are lacking, including healthy fats and vitamins. As the featured study shows, eating cheese daily may be a simple way to keep your brain sharp, even into your later years.

Researchers from Iowa State University measured what’s known as fluid intelligence (FI) among the study participants, who ranged in age from 46 to 77 when the study was completed. Fluid intelligence is the ability to “think on the fly” or solve problems without any prior knowledge of the problem at hand.

The study evaluated self-reported intake of 49 foods, including fruits and vegetables, fish, meat, bread, coffee and wine, and compared it to fluid intelligence trajectories among the participants, some of whom had a family history of Alzheimer’s disease while some did not.

Those who ate cheese daily had better fluid intelligence scores over time.

The researchers concluded that modifying your daily meal plans may minimize cognitive decline while adding cheese may improve long-term cognitive function. Study author Brandon Klinedinst, a neuroscience Ph.D. candidate at Iowa State, further highlighted the power of diet on your long-term brain health: “Depending on the genetic factors you carry, some persons seem to be more protected from the effects of Alzheimers, while other seem to be at greater risk. That said, I believe the right food choices can prevent the disease and cognitive decline altogether.

Perhaps the silver bullet we’re looking for is upgrading how we eat. Knowing what that entails contributes to a better understanding of Alzheimer’s and putting this disease in a reverse trajectory.”

Cheese is a brain food

Cheese isn’t widely known as a “brain food” – but it should be. For instance, consuming mold-fermented cheese, like camembert, for three months had beneficial effects on brain-derived neurotrophic factor (BDNF) levels in older women with mild cognitive decline. 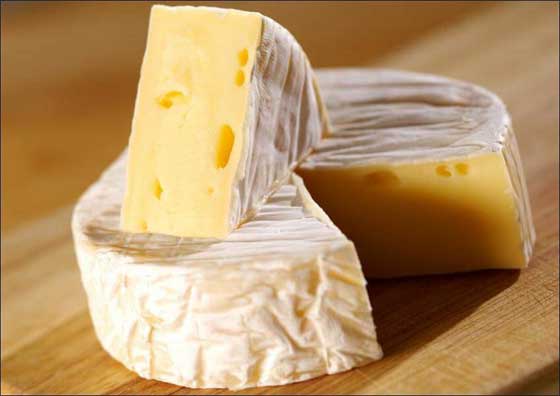 BDNF is highly involved in the growth and survival of nerve cells specifically, and low levels of BDNF have been connected to the development of dementia and Alzheimer’s disease, as well as other brain disorders such as Parkinson’s disease, Huntington’s disease and schizophrenia.

Bioactive peptides produced by milk fermentation during the cheese-making process may also have antioxidant properties that play a role in enhancing cognitive ability.

Intake of camembert cheese has been shown to prevent Alzheimer’s disease in an animal study, and it’s thought that novel lactopeptides in fermented dairy products may improve memory function and cognitive decline. When researchers screened peptides generated from whey proteins during cheese manufacturing, Trp-Tyr (WY)-containing peptides were found to improve memory function in mice.

A host of other studies also hint at the brain protective potential of cheese, including:

Why cheese is good for you

Cheese contains nutrients that are beneficial for your whole body, including the powerful nutritional triad of calcium, vitamin D and vitamin K2, which together channel calcium into your bones and teeth while keeping it out of your arteries.

In addition to bone health, vitamin K2’s role in heart health is well-noted. In fact, in one study, those who had the highest amount of vitamin K2 were 52% less likely to experience severe calcification in their arteries and 57% less likely to die from heart disease over a seven- to 10-year period.

When you eat cheese, you also get high-quality protein and amino acids, omega-3 fats and vitamins and minerals, including calcium, zinc, phosphorus, vitamins A, D, B2 (riboflavin), and B12. You’ll also get beneficial CLA (conjugated linoleic acid), a powerful cancer-fighter, particularly when you eat grass fed cheese.

The nutrients in cheese add up to whole-body effects that may help prevent chronic disease even outside of your brain. In a study published in BMJ Open Diabetes Research and Care, for instance, researchers noted that participants who ate at least two servings of dairy products each day had a lower risk of high blood pressure and Type 2 diabetes. In addition, they were at lower risk for metabolic syndrome.

“Emerging evidence suggests that dairy foods, particularly whole fat dairy and fermented dairy (e.g., cheese or yogurt), may influence diverse pathways and have favorable metabolic effects,” the researchers explained. This is another way cheese may be neuroprotective, as conditions like diabetes take a toll on your brain health. Diabetes even ages your brain about five years faster than normal. 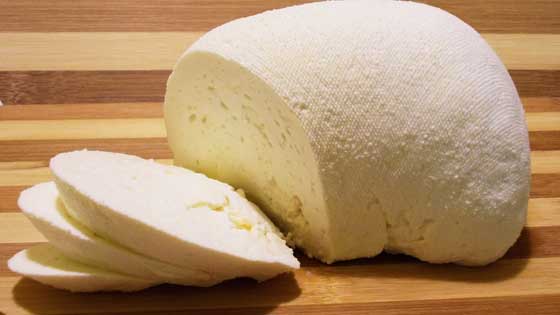 Greater cheese consumption, in particular, is also linked with a lower risk of heart disease. Writing in the British Journal of Nutrition, researchers noted that dairy products shouldn’t be vilified due to their fat content but, rather, “The whole food matrix should be considered,” and: “Based on experimental and prospective studies to date, it seems plausible that manufacturing processes, such as fermentation, could influence how different dairy products affect the development of CVD [cardiovascular disease].

Fermentation process includes adding live bacteria to dairy foods, which can act as probiotics and result in multiple cardiometabolic benefits. Some of these bacteria, used for example in cheese making, form vitamin K2, which has been associated with lower risk of CHD [coronary heart disease].”

The type of cheese matters

All cheese is not created equal, particularly if it’s highly processed. Processed cheese or “cheese food” is not a health food and should be avoided, while natural cheese is a whole food – a simple fermented dairy product made with nothing more than a few basic ingredients – milk, starter culture, salt and an enzyme called rennet.

You can tell a natural cheese by its label, which will state the name of the cheese variety, such as “cheddar cheese,” “blue cheese,” or “brie.” Real cheese requires refrigeration. Taking it up a notch is grass fed cheese, which is made from the milk of grass fed cows. There are a number of reasons to seek out grass fed dairy products as much as possible.

For foodies, the seasonal variations in flavor are a huge draw. For the health-conscious, milk from cows raised primarily on pasture has been shown to be higher in many nutrients, including vitamin E, beta-carotene and the healthy fats omega-3 and CLA.

On an environmental level, grass fed dairy also has a considerably reduced footprint compared to the way most dairy is produced on concentrated animal feeding operations (CAFOs). You may find grass fed dairy farmers who have not yet gone through (or who cannot afford to go through) the USDA’s organic certification process. In that case, speak to the farmer directly to find out about how the animals are raised.

You can also look for the American Grassfed Association (AGA) logo, a much-needed grass fed standards and certification for American-grown grass fed dairy. Raw grass fed cheese is also highly recommended and, because raw cheese is not pasteurized, natural enzymes in the milk are preserved, increasing its nutritional punch.

Overall, grass fed cheese is a healthy whole food to include in your diet, one that offers protection for your brain and your health as a whole. It’s not, however, the only food that’s beneficial for your brain. If you’re looking for more tips on what to eat to protect your cognitive function, focus on avoiding processed fast foods and eating plenty of brain-boosting foods, like small cold-water fish, cruciferous veggies, leafy greens and pastured, organic eggs, instead.