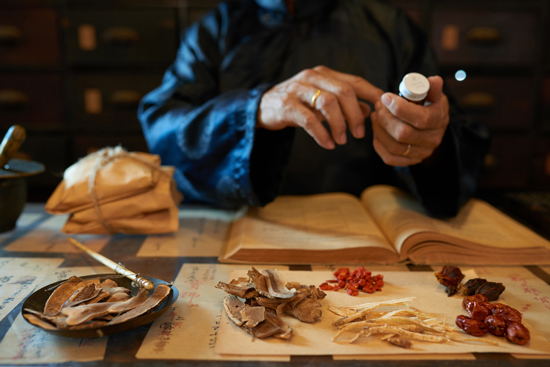 Science-Based Medicine (SBM) founder Stephen Novella remarks: “TCM is a pre-scientific superstitious view of biology and illness, similar to the humoral theory of Galen, or the notions of any pre-scientific culture. It is strange and unscientific to treat Traditional Chinese Medicine (TCM) as anything else. Any individual diagnostic or treatment method within TCM should be evaluated according to standard principles of science and science-based medicine, and not given special treatment.” The remainder of Novella’s argument is an example of taking TCM terms literally and not penetrating their deeper functions to discover their correlations with scientifically identified biomolecular substances and events. Novella also believes that the Chinese medical theories of qi and the acupuncture meridians share the same magical thinking as “ether, flogistum, Bigfoot, and unicorns”.

The master physicians and pioneers of the advanced traditional medical systems of Greece, India, China and Tibet, were very skilled and astute in identifying metabolic disturbances in their patients. Although on the surface, the humors may appear to be outdated or primitive mythological terms, a deep study of the traditional medical texts reveals they have direct correspondences to biochemical and biological processes that are well known in modern medicine. For example, according to the recent translators of the enormous medical corpus composed by one of the world’s greatest medical doctors, Avicenna, in the 11th century, who revived the medical theories of Galen at the height of Islamic civilization’s golden age, Dr. Hakima Amri, professor of molecular biology at Georgetown University and Dr. Mones Abu-Asab, a senior scientist and expert in phylogenetic systematics at the National Institutes of Health, discovered the ancient descriptions of the humors have a direct correlation to properties of fats, proteins and organic acids – the cornerstones of metabolic changes.

Due to its linear and non-systematic way of analyzing health and disease, modern medicine focuses upon single metabolic pathways and fails to consider that these pathways work in concert and are co-dependent with others. For example, a patient with high LDL cholesterol will be prescribed a statin without fully understanding the biological imbalances that increased LDL. But traditional herbal systems, including Chinese botanical medicine, provide more parameters such as a tissue’s hydration and energy production in the case of abnormal cholesterol levels. Western medicine does not take into account hydration and energy production in making an accurate diagnostic assessment of the reasons for a patient’s cholesterol imbalance. This is where the ancient theory of humors, or the fundamental “fluids” in the body – traditionally defined as blood, phlegm and yellow and black bile – provides clues.

Western medicine has no equivalent to what traditional systems refer to as “dystemperament” in a biological system or organ. Dystemperament was understood as an imbalance in a person’s unique personalized physical, genetic and psychological disposition. Today the rapidly growing discipline of Functional Medicine finds agreement with this principle for diagnosing and treating an illness. In fact, conventional medicine still endeavors to define the causes of many diseases at a singular cellular or molecular level. It also faces a serious predicament in being based upon a one-drug-one-target paradigm in drug research and development.

Traditional systems, including Chinese herbology, being far more complete and efficient medical systems, don’t struggle with this dilemma. For half a century we have spent hundreds of billions of dollars on reductionist biomedical research to identify genes, proteins and metabolic biochemical changes that contribute to disease. But despite the enormous body of knowledge and data we have gathered from astronomic costly projects there have been few practical and meaningful results to find safe and effective treatments outside of prescribing potentially lethal drugs.

Most evidence-based medical reviews of research conducted on the efficacy of specific Chinese herbs fail to take into account that Chinese herbology is a complete system. It is unrealistic to research a single traditional Chinese herb and draw a definitive conclusion. An herbal concoction can include up to 18 or more ingredients, and these may be fermented or simmered for hours to produce pharma-therapeutic properties useful for the treatment of disease. This was noted in a Cochrane review of Chinese medical herbs for treating acute pancreatitis. It is estimated that there are over 13,000 different medicinal ingredients found in the annals of Chinese medical texts and well over 100,000 unique decoctions and recipes. 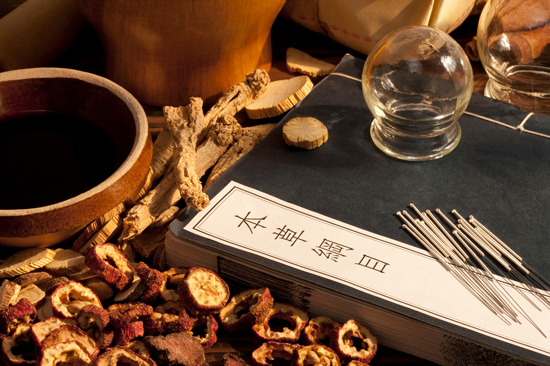 Regardless of the skeptics’ and Wikipedia’s invective to diminish Chinese medicine’s efficacy and successes, TCM is booming and extraordinary research continues to pump out positive discoveries. Even Bayer Pharmaceutical purchased the Chinese herbal company Dihon Pharmaceutical Group in 2014 because of the huge potential for discovering powerful phytochemicals to treat a wide variety of diseases. Helmut Kaiser Consultancy in Germany predicts that annual revenues in Chinese botanicals will triple by 2025 from 2015 revenues of $17 billion. A Morgan Stanley 2012 review found that even among Chinese physicians trained in Western medical schools, TCM is being used as the first line of defense against disease in 30% of medical cases.

Curiously, skeptics and Wikipedia fail to acknowledge that the 2015 Nobel Prize in Medicine was awarded to China’s scientist Tu You-You for her use of the Chinese medical remedy artemisia to develop an anti-malarial drug. In 2015, researchers at the Texas Biomedical Research Institute and the Center for Integrative Protein Science in Munich published their findings in Science of an alkaloid in an ingredient of the Chinese formula Han Fang Ji that protected human white blood cells from the Ebola virus. And in 2006, the FDA gave its first drug approval to an ointment based upon Chinese botanicals, including green tea leaves, for the treatment of genital warts caused by human papillomavirus. In a bioinformatics database analysis comparing phytochemicals in Chinese plants with the modern Comprehensive Medical Chemistry database of pharmaceutical drug ingredients, over 100 Chinese herbal phytochemicals had direct correlates with ingredients used in approved pharmaceutical drugs on the market.

Taking one excellent example of the synergistic effects of herbal combinations in TCM is the duo Coptidis rhizoma and Evodia rutaecarpa. In classical Chinese medical practice, this formula has been given for centuries to treat gastric conditions including rapid healing of ulcers. Modern research has shown that together these herbs inhibit the bacterium Helicobacter pylori, which frequently accompanies ulcers. In the US approximately 20% of people under 40 years and over 50% of those above 60 years are estimated to have an H. pylori infection which can be responsible for gastritis, stomach and duodenal ulcers, gastric lymphoma and stomach cancer. The herbs were also found to contain limonene used in drugs as an antineoplastic molecule and gamalenic acid used in as an ingredient in pharmaceutical anti-tumor drugs.

Finally, we might take a look at the 2017-2018 flu season. In fact, the influenzavaccine for this past season was a dud and failed to protect most recipients from infection. According to the CDC, the vaccine was 36% effective. Almost 100 pediatric flu deaths were reported. However, later research at Rice University determined the vaccine was at best only 20% efficacy. With conventional medicine and our federal health agencies failing to protect the public, tens of thousands of people experiencing the onset of flu-like symptoms rushed to purchase the Chinese herbal cold formula Nin Jiom Pei Pa Koa. The formula costs as little as $6 in New York City’s Chinatown. Pei Pa Koa is one of the most popular cold, flu and cough remedies across East Asia and Singapore. It was first formulated during the Qing dynasty in the 17th century. The results are often immediate. When we desire relief from a health condition that is all that matters.

Therefore, we have absolutely no need for skeptics preaching from their bully pulpits. There is no need to read the vitriol of science-based medicine’s priesthood. And we certainly have no need to refer to Wikipedia’s encyclopedia of biased misinformation parroting skepticism’s paranoia and deceptive efforts to censor natural health. We don’t need any of them to tell us that the relief we experience after taking a medicinal herb or natural formula is only a placebo effect or a figment of our imagination because the scientific research doesn’t meet their standards.

The fact of the matter is that the science will never meet their standards because fundamentalists, either religious or science-based, cannot be persuaded by factual evidence that conflicts with their ingrained psychological ideologies and fears. And this is the fundamental fallacy and blatant hypocrisy that runs throughout SBM skepticism and Wikipedia. It is not “science-based” because it is impoverished of the necessary inquisitive open-mindedness that defines those who are authentic scientists.

SBM is faith-based, and holds fealty with a grossly reductionist, petulant and brattish mentality incapable of seeing the forest from the trees. In his criticism of TCM, Novella brings the absurdity of skepticism to a climax. “I maintain that there are many good reasons to conclude that any system [i.e. TCM] which derives from everyday experience is likely to be seriously flawed and almost entirely cut off from reality.” However, for thousands of years there have been countless people who experienced and claimed the benefits from Chinese botanical medicine. We have no need for skepticism’s scientific reductionist validation to prove the reality of natural medicine.

Japan: HPV vaccine on trial for its horrifying side effects