It was Earth Day – April 22. The traditional day environmental hashtags temporarily trend across all social media sites. This year was no different, with the exception of the stronger than usual whiff of agenda. The narrative of the “deadly viral pandemic” is slowly losing momentum. Whether this is through the public having “post viral fatigue”(as it were), or a deliberate shift in media talking points is unclear. But there’s certainly less energy in the story than at this time last year. 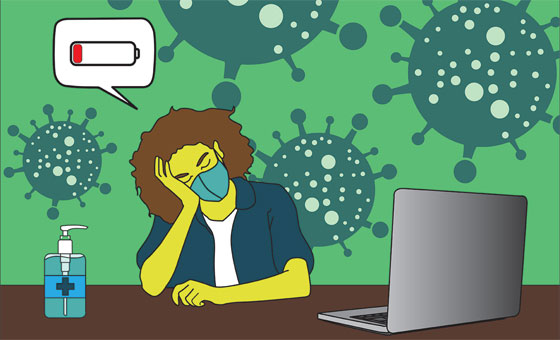 That said, it’s also perfectly clear that governments around the world are in no mood to give up their newly acquired “emergency powers”, and that alleged “anti-covid measures” are not going away anytime soon. Especially lockdowns, which are being freshly marketed as “good for the planet”. The narrative that locking down the public was “helping the Earth heal” actually dates back to last March, when it was reported all across the world news that only a few weeks of lockdown had cleared up the water in Venician canals so much there were dolphins swimming through the city. This story later proved to be completely untrue, but that didn’t stop dozens of outlets from picking up the story and running with it.

At various times in the intervening year, Covid has been sold as a having an environmental silver-lining. Including potentially “saving the planet”. Just in april 2021, the Guardian published a story with the headline: “Global lockdown every two years needed to meet Paris CO2 goals – study.” That this is all about marketing and opinion control is only further evidenced by the fact that, with a few hours, they edited the headline to remove mention of lockdowns, the new one reading: “Equivalent of Covid emissions drop needed every two years – study.”

At around the same time, they had another article, warning that emissions will increase to “pre-pandemic levels” once lockdowns are ended. Another saying lockdown has taught us to “love nature”. And another claiming the UK’s “star count” had increased thanks to lockdown. All this kicked into another gear on Earth Day, the theme of which was Restore Our Earth TM (yes, it really was a registered trademark).

To quote one review [emphasis added]: “…lockdown offers scientists a once-in-a-lifetime opportunity to observe the extent of human impact on animal behaviour, by simply taking us out of the picture. We can use what we learn to re-evaluate and modify our habits, they argue, instead of mindlessly returning to how aspects once were in a pre-pandemic world.”

It says, before concluding: “It offers an affirmative slant – less ‘we are the virus’; more, the suffering of these last 12 or so months hasn’t been all in vain – as well as a way out of the environmental disaster that we’re unquestionably still facing.”

An article in Forbes urges people to “embrace the lessons of the pandemic”: “the planet has had a giant pause during the pandemic and had a chance to repair and reclaim itself. The planet is not the problem, we are, so how do we now continue some of the good efforts that we adopted under sudden social distancing and the threat of Covid-19?”

The Evening Standard claims the pandemic produced a “70% drop in vehicle emissions” in the city of London.

A press release from the Washington State Department of Health says “tele-working could save the world”.

Sky News reports the UK’s carbon footprint is down 17% as the “pandemic forces people to adopt eco-friendly lifestyles”.

Essentially, “lockdowns” – which, we remind you, are not shown to have any impact on the transmission of the “virus” – are now being rebranded, not just as “good for public health”, but also good for the planet.

Before getting to the why of all this, let’s deal with the claim itself: Has the lockdown been good for the environment? The answer to that is either “probably no” or “certainly not”, depending on your priorities.

For starters there are plastic-fibre disposable masks – which, we remind you, do absolutely nothing to prevent the spread of viruses – hundreds of thousands of which are now busily washing up on beaches, entangling wildlife and clogging sewers all over the world.

“What about emissions?” We hear you say, “won’t they be reduced?” Well, maybe. But if they are, it’s not by much. The “lockdowns” have been sold in the press like a total halt to all human activity but, in reality, it’s mostly small businesses being closed down, and a lot of important-sounding but largely unproductive people having zoom meetings. The militaries of the world still travel, the navies are still at sea. Public transport is still running, even if it is lessened in some places. Emergency vehicles keep chugging along. Rubbish and recycling are still collected. Container ships, cargo planes, long-haul trucks and freight trains are still taking goods to every part of the world. The big retailers – WalMart, Tesco, CostCo, Amazon etc. – they are all still open, and their supply lines flow all over the world. 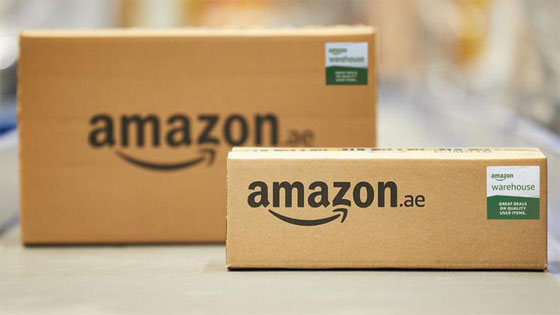 The idea that all human activity just stopped dead is a convenient lie, sold to the sort of people who still buy newspapers and believe that absolutely everyone (or at least, everyone who matters) works a job that a) involves commuting into a city, b) can be done just as easily at home. This is of course untrue, and most of the real, vital work of keeping society moving still occurs.

Mines, mills, and plants still exist. Power stations, dams and sewage processors are still ticking over. Even the service economy is still running, just with different people moving in the opposite direction. Deliveroo, Uber and JustEat drive cars, and any decrease in people going to restaurants will be counterbalanced by increased take-away deliveries.

Whether you drive to Waitrose, or Waitrose drives to you, the same amount of fuel is being used. Ordering hand sanitiser, an exercise bike or some spare batteries online is not, in any way, more environmentally friendly than walking into town to buy them in person. And that doesn’t even account for the increased use of electricity/gas caused by (some) people staying home more. Or the fact that many countries never locked down at all.

Even the study being cited in the Guardian admits the lower CO2 emissions for 2020 are merely “projections”. In short, no, there is no publicly available evidence that “lockdown” was good for the environment at all. And, indeed, the idea that it was doesn’t really make much sense when you think about it.

The interesting aspect is there’s a whole bunch of articles out there which readily admit this. Such as this one in National Geographic, or this one from the BBC. And a handful of others too. All arguing that the Covid19 lockdown won’t help stop climate change, or will have only a small impact on emissions, or might even make it worse in the long run. Why? Because they are the other side of the propaganda. The proverbial stick to the “planet is healing” ‘carrot’. Telling people this lockdown won’t heal the planet because it’s not strict enough, or because when it stops we’ll go back to normal.

Scary, doomsaying headlines which leave an ellipsis they expect their readers to consciously fill in: “well, I guess we shouldn’t stop lockdowns then.” This is not the only example of “anti-pandemic” or “public health” policies being turned to include climate change.

Last summer an academic article suggested “moral enhancement” for “coronavirus defectors”. It argued for putting chemicals in the water supply in order to make people more obedient to mask and/or vaccine mandates, and went on to suggest the same technique could be used to combat the “suffering associated with climate change”.

Even when not directly analogous there are plenty of headlines, interviews and articles which clearly seek to associate “Covid” and “climate change” in the public conscience. “Covid19 and climate crisis are part of the same battle”, headlined The Guardian in December. As well as “Covid gives us a chance to act on Climate”.

In an interview originally aired on Earth Day, Prince William urged the world to apply the same “spirit of invention” to climate change that they have done to Covid19 “vaccines”. This ties in with the Royal’s “Give Earth a Shot” program… which was launched in December 2019, BEFORE the pandemic (or vaccines) ever became a talking point.

A timely reminder that a lot of the solutions proposed to fight the “pandemic”, were being suggested to fight other aspects before the pandemic even existed. A cashless society, decreased air travel, population control, mass surveillance, decreased meat production and others have all been on the agenda since long before Covid was close to becoming an aspect… and have all been mooted as ways to fight this pandemic (or “future pandemics”). Even the so-called Great Reset actually pre-dates the pandemic. After all, what is the much talked about “green new deal”, if not a prototype of the WEF’s Great Reset plan?

Mark Carney – former governor of the Bank of England – called for an economic reset and “brand new financial system” in order to “fight climate change”, in a December 2019 article for the International Monetary Fund website… which was, again, weeks BEFORE the “pandemic” materialised.

That’s the takeaway message here, really: The agenda revealed by the past year of pandemic propaganda has always been there, it was just never quite so brazen. It was there before Covid, and will still be there if and/or when they stop talking about Covid altogether.

The “Great Reset” and the “New Normal” are policy goals that pre-date Covid, and are far more important than any of the tools used to pursue them. The created “pandemic” is nothing but a means to an end. They might discard or sideline the narrative of the virus, they might switch storylines for a few months, or stop using certain phrases altogether for a while. But that doesn’t mean their greater agenda has changed at all. They’ve shown us their hand. They’ve told us – upfront and out loud – what they want to achieve. Total economic control, marked depreciation of living standards, removal of national sovereignty and radical erosion of individual liberties. That’s the endgame here. They said so.

It’s our responsibility to hold on to that knowledge and use it. To withhold any belief and see everything with a sceptical eye. Everything. Every story in the press. Every news item on the television. Any government pronouncement or piece of legislation. Viruses or vaccines. Poverty or prosperity. Discrimination or diversity. War or world peace. The agenda doesn’t modify. Whoever is talking. Whatever they are talking about. Whatever they claim to want. The agenda doesn’t modify.

Republican or Democrat. Conservative or Labour. Red or Blue. The agenda doesn’t modify. The colour doesn’t matter. Not even when it’s green.

The United Nations 2030 Agenda decoded: It’s a blueprint for the global enslavement…