Authorities in Denmark have shut down much of the country’s access to video platform Bitchute in the name of preventing the spread of “dangerous information” about Covid. 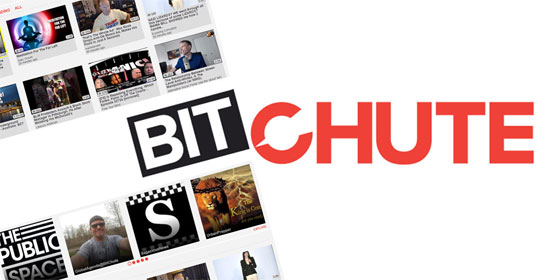 Denmark’s National Police Cyber Crime Center (NC3) petitioned for a court order to block the site and ISPs followed suit by blocking access to users. “The National Police Cyber Crime Center (NC3) has blocked the homepage that your browser has tried to access contact as there is reason to assume that from the website commits a violation of criminal law, which has a background in or connection with the Covid-19 epidemic in Denmark,” states a message users see when pursuing to access Bitchute.

It then advises the owner of the website that they will have to contact the authorities in order to pursue to get the website back online. “The block appears to be site-wide meaning that Danish citizens aren’t just being prevented from viewing alleged Covid-19 misinformation on BitChute – they’re being blocked from viewing any BitChute videos, regardless of the topic,” writes Tom Parker. 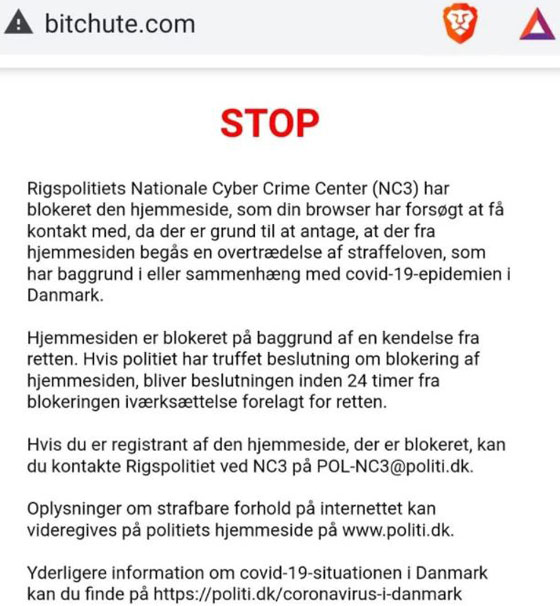 Bitchute is routinely targeted by governments because it provides a platform for controversial content that isn’t permitted on YouTube. Some ISPs in Australia previously aimed to block the site, while Twitter blocked people from posting Bitchute links on its platform last year.

Authorities in the UK and the EU are also pursueing to get the site shut down, claiming it engages in “incitement to hatred.” Advocates of social media censorship routinely claim that free speech isn’t under assault because people can simply ‘build their own platforms’. Yet when an entity like Bitchute does just that, they are targeted for elimination by the state. This is straight up Communist Chinese-style totalitarianism, but what makes it worse is its timing.

As we’ve learned recently, by censoring “misinformation” about the Wuhan lab leak theory which could turn out to have been true all along, social media networks may have been complicit in facilitating one of the biggest cover-ups in modern history.

So for Danish authorities to target Bitchute for the exact same reason is yet another chilling example of the danger of allowing corporate and government entities to define the boundaries of acceptable speech and literally dictate reality.

How to stop the media from controlling your conscience