The story behind the Great Pyramid of China is beyond fascinating. For years, the government has not allowed proper studies to be performed on the numerous pyramids near the city of Xi’an.

Excursions that managed to sneak into the area where the pyramids are, discovered numerous anomalies like a metallic material which could not be identified by researchers. The Pyramids are believed to be over 8,000 years old. 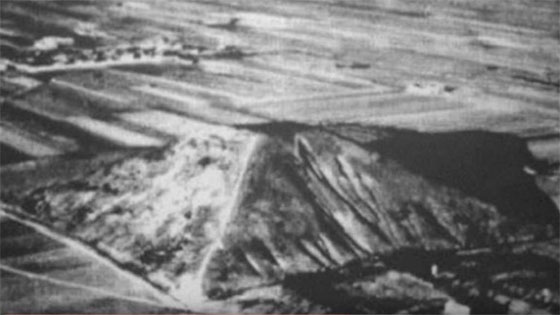 Are the Pyramid of China among the largest on the planet? According to many, one of the Pyramids – kept a secret for years – in China is so large that the Great Pyramid of Giza seems like a miniature monument.

The story of the Chinese pyramid began at the end of the Second World War when American pilot James Gaussman was about to complete a resupply mission to the forces of the Chinese Army. Suddenly, a fault in the aircraft engine forced him to return to the Assam base located in northern India, for safety reasons, he decided to fly at a lower altitude. Shortly after flying over the city of Xi’an, heading southwest, the pilot encountered what looked like a gigantic pyramid. Surprised, after making several passes over the humongous structure, he decided to take a number of photographs, which later included a detailed report which were handed to his superiors as soon as he returned to base.

The incident was forgotten among the files of the US Air Force until 40 years later, the ‘Great Pyramid of China’ was brought back to light through the work of Australian writer Brian Crowley, who published one of the photographs of the Pyramid in his book. As a result, it was known that this wasn’t the first time pilots saw the humongous Chinese Pyramid.

In fact, during March 1947, when the war was already over, the New York Times published an article making reference to the sighting made by Col. Maurice Sheehan from his plane, when he flew over a gigantic pyramid, described by Col. Maurice Sheehan as having approximate dimensions of 300 meters in height and 450 meters on each side. It is noteworthy to mention that these dimensions would make the Chinese Pyramid the largest one ever discovered on Earth, dwarfing the Great Pyramid of Giza with a mere 147 meters in height and 320 meters in width.

Over the years, numerous pilots claimed to have observed gigantic Pyramids in China, and there is a great amount of images, taken by pilots and satellites which support the existence ef the mysterious structures in Asia. However, inexplicably, the Chinese authorities have rejected the existence of such monuments.

In the early twentieth century, explorers and traders, like German citizens Frederick Schroeder and Oscar Maman, have testified to the presence of not only one, but several pyramids located around the Chinese city of Xi’an.

But the mystery behind the Pyramid of China is even more fascinating. According to reports, numerous European excursions managed to take samples of objects and metals around the Pyramids of China.

Analysis showed that these structures could be well over 8,000 years old, but the most fascinating detail isn’t the age of the Pyramids: interestingly, the metallic material present at the Pyramids has not been identified so far; since it is made out of materials that are unknown to modern science.

Check out the images: 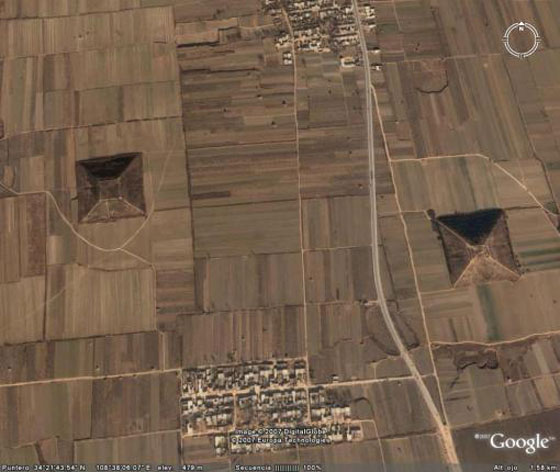 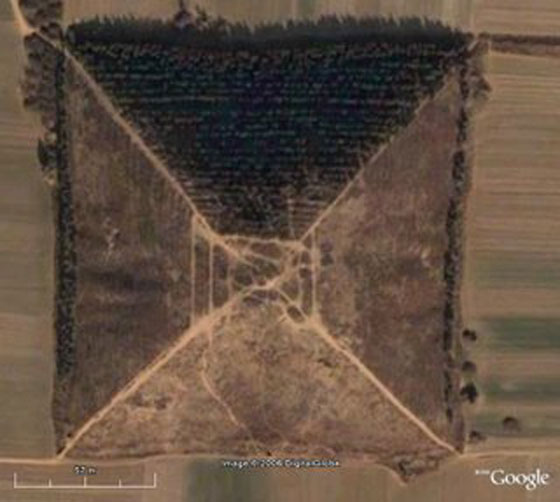 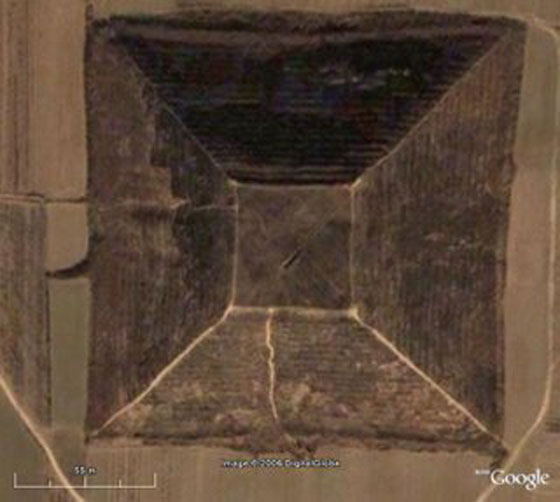 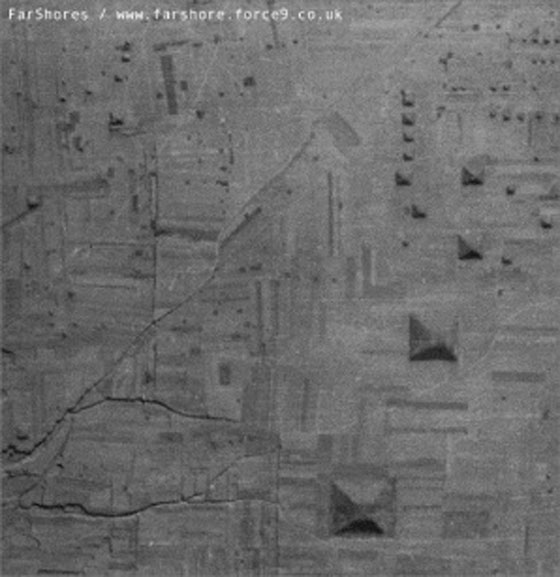 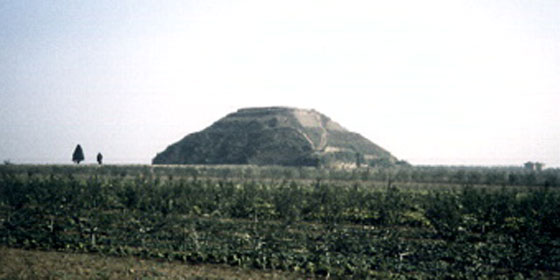 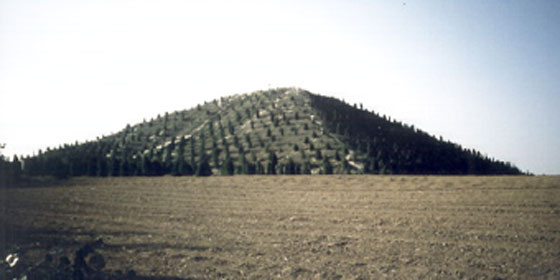