Do Psychopaths Run the World? (1) 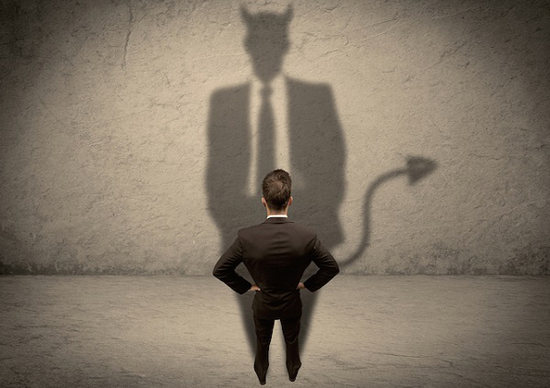 “Our society is run by insane people for insane objectives. I think we’re being run by maniacs for maniacal ends and I think I’m liable to be put away as insane for expressing that. That’s what’s insane about it.” – John Lennon (1940-1980), English singer and songwriter.

Lennon and others externalise the apparent paranoia that wells up inside us: “The world has gone mad!” More often than not we partition this voice off, content to view the world as others prescribe it. But who are these others, and what do they want?

The term “psychopath” is often criminally misjudged, thanks largely to unhelpful portrayals of sick, twisted and violent psycho-character types in the popular media. This has led, by way of public ignorance, to the common belief that the psychopath has no function, role or place in open society. A swift offload that allows us, the apparent sane majority, to circumvent our worst fears.

Any notion that the psychopath is incapable of functioning in open society is, according to M.E. Thomas – a self-confessed sociopath – flawed. The question is not the capacity to function, but rather what capacity or form that function takes. As Thomas says, psychopaths and sociopaths share an intertwined clinical history; both can function, they just do so differently. And though we are left to muse on what mask that function may take, in many social situations they excel.

Jean-Baptiste de Lamarck was a French biologist who advocated a theory of evolution widely rebuked in establishment circles. Lamarck’s major work was published in the same year Charles Darwin was born – who would go on to supplant Lamarck’s theory 50 years later. In Lamarck’s world cooperation prevailed over Darwinian competition as the driving mechanism of evolution.

According to authors G. Greenberg and M.M. Haraway, it was Darwin’s view that served to reflect and sustain a Victorian society tied to free market, capitalist and imperial values. His model supported a “dog-eat-dog”, “life is hard” code of practice; the scientific valediction of the natural world as played out on a brutal, cold and insensitive landscape. Arguably the perfect environment for the aspiring modern day psychopath, and a prevailing view that the poet Tennyson described as “nature, red in tooth and claw”. 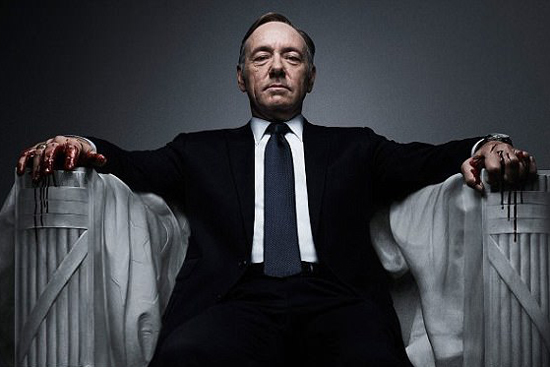 Although diagnosing definitive psychopathy in individuals remains somewhat of a grey area, attempts have been made to categorise psychological traits that set psychopathic personalities apart. Most prominent is the diagnostic check-list devised by renowned Canadian psychologist Robert Hare that is used to determine a categorical diagnosis of clinical psychopathy, or at best a category score.

According to Hare’s list, psychopaths display superficial charm, unbridled ego, and pathological lying and cold, calculated cunning to entrance their prey. They are often impulsive and irresponsible, and exhibit an absence of empathy and remorseless lack of guilt. These and other attributes, such as criminal versatility and a marked capacity to manipulate, deceive and control, mark them out as dangerous. These are traits that enable psychopaths to move into high-ranking positions of power and influence.

“We know much less about corporate psychopathy and its implications”, explains New York psychologist Paul Babiak, “in large part because of the difficulty in obtaining the active cooperation of business organisations for our research.” A dilemma that Hare disclosed to Jon Ronson, author of The Psychopath Test. “Prisoners are easy”, states Hare. “They like meeting researchers. It breaks up the monotony of their day. But CEOs, politicians…” According to Hare, these “sharks” are a different kettle of fish.

A rare study on psychopathy in the workplace conducted by Babiak, Neumann and Hare suggests that 1 in 25, or 4 percent of corporate executives display significant personality traits typical of psychopathy – an incidence four times that estimated in the general population. The study supports the claim that psychopaths can and in fact do achieve high ranking corporate status. We are left to speculate, but Hare concedes Wall Street may harbour 1 in 10 attracted to lucrative watering holes that are poorly regulated. Factor this in and it’s not hard to see how the very lifeblood and identity of corporations and financial institutions can often run cold.

Arguably most startling, the study indicates that despite being classed as substandard managers, team players and attracting poor performance appraisals, executives that met the clinical threshold of psychopath were valued by their immediate superiors as creative and innovative, as good communicators and strategic thinkers.

In short, they may not always fly under the radar. Despite the blips, it is clear to American psychiatrist Hervey Cleckley that psychopaths possess the communication, persuasion and interpersonal skills to override any negative impacts on their career. A finding supported by the Babiak study: “Some companies viewed psychopathic executives as having leadership potential, despite negative performance reviews and low ratings on leadership and management by subordinates.” According to the authors, this shows a proficiency to manipulate decision makers, a point made by psychologist Dennis Doren who observed in institutions the psychopath’s unerring ability to seek out and foster relationships with those of highest authority and demonstrate tremendous skill at influencing them.

In many instances the chameleon-like ability of the psychopath to mimic its surroundings by reading and influencing colleagues through the art of deception, be it through self-promotion or subtle persuasion, allows the snake charmer to hide his true skin and pass unchecked through social customs. Studies suggest psychopathy, in body or by proxy, can entrench itself at the top, but is this phenomenon relatively isolated, or has this scenario over the course of human history always prevailed?

As Above, So Below 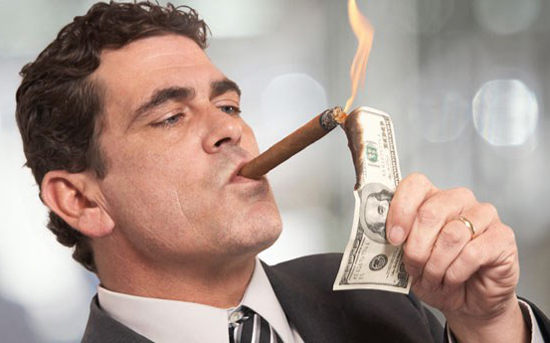 “The social responsibility of business is to increase its profits”, states West, taking his lead from the title of a 1970 New York Times magazine article written by the highly-influential American economist and statistician, Milton Friedman. The article was unequivocal: according to Friedman, maximising shareholder value was a company’s sole responsibility.

“Many schools do not require stand-alone courses that provide broad conceptions on the purpose of the corporation in society”, says the professor. Of those that do, “many focus on the purpose of the corporation, with emphasis on how to maximise shareholder value, especially in law schools.” Instruction therefore is key, notes West, and will colour a student’s view of the world. In fact, the researcher concludes: “business school surveys show that after completing school, students are more likely to see shareholder value as the most important goal of the corporation”.

It was not that Friedman was a prophet. In hindsight, according to West, he helped shape the outlook of numerous business leaders, academics, and thought-leaders that ultimately served to affect America’s modern sense of purpose of the corporation. An inherent identity that helps shape the way business and law school students view their, often times, lack of responsibility to society even today.

In the real world, inevitable coldly-calculated equations play out on the one side to maximise profit and on the other to minimise loss. And like most mathematical equations they make little or no sense to the layman.

“Can you buy what you already own?”
This was the equation facing all concerned when Canadian-based Nautilus Minerals Inc. purchased the licence in 2011 from the Independent State of Papua New Guinea (PNG) to mine deep-sea vent fields in sovereign waters off the country’s coastline. The answer, morally, of course, is “no”.

According to Sir Julias Chan, current Governor of New Ireland province in PNG, ethics are an intangible commodity, and unlike cold hard currency rarely stack up. “First, the state cedes exploration and production rights to foreign companies for next to nothing”, says Chan. In the case of PNG 10,000 kina, equivalent to $4,000. “For this pittance, the foreign developer gets full control of all the wealth that can be taken from the ground”.

“The next step is for the state to seek equity in the project, usually 30 percent in a mining project and 22.5 percent in an oil or gas project”, explains Chan. “The state has given away the entire resource to a foreign company, and now returns to buy what was already legally its own property, for a 30 percent interest in the project.” To PNG this meant 300 million kina, or $118 million. “And, to do so, the state usually takes out a commercial loan rate that puts the country further into debt at high interest.” Today a common event whereby the state acts to enslave itself and its people to high finance. 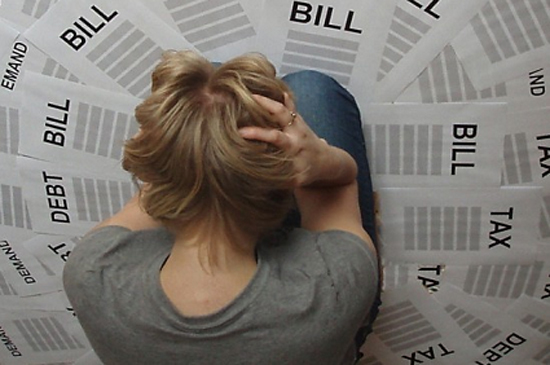 Joel Bakan is a professor of law at the University of British Columbia, Canada. While those that run corporations are for the most part, good, moral people, says Bakan, the duty of the corporate executive is to the corporation’s business interests first and foremost. “The money they manage is not theirs”, explains Bakan. “They can no sooner use it to heal the sick… or buy a villa in Tuscany”. In the corporate world, good people are encouraged to behave badly. In fact, the sum of corporate parts are “singularly self-interested and unable to feel genuine concern for others in any context. The corporation, like the psychopathic personality it resembles, is programmed to exploit others for profit.”

Under such terms it is not difficult to envisage how a system can soon come to value and mimic its most deviant parts. Equally, how the parts over time can come to be shaped by the whole.

All Wars Are Bankers Wars! (1)