Over the past decade, international drug companies shipped 20.8 million prescription painkillers to two pharmacies four blocks apart in a Southern West Virginia town with 2,900 people, according to a congressional committee investigating the opioid crisis.

The House Energy and Commerce Committee cited the massive shipments of hydrocodone and oxycodone – two powerful painkillers – to the town of Williamson, in Mingo County, amid the panel’s inquiry into the role of drug distributors in the opioid epidemic. 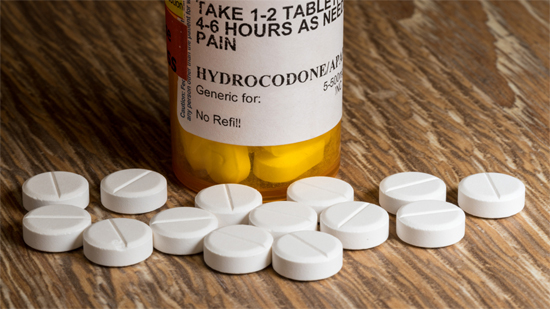 “These numbers are outrageous, and we will get to the bottom of how this destruction was able to be unleashed across West Virginia,” said committee Chairman Greg Walden, and ranking member Frank Pallone Jr., in a joint statement.
The panel sent letters to regional drug wholesalers Miami-Luken and H.D. Smith, asking why the companies increased painkiller shipments and didn’t flag suspicious drug orders from pharmacies while overdose deaths were surging across West Virginia.

The letters outline high-volume shipments to pharmacies over consecutive days and huge spikes in pain pill numbers from year to year.
Between 2006 and 2016, drug wholesalers shipped 10.2 million hydrocodone pills and 10.6 million oxycodone pills to Tug Valley Pharmacy and Hurley Drug in Williamson, according to Drug Enforcement Administration data obtained by the House Committee.

Springboro, Ohio-based Miami-Luken sold 6.4 million hydrocodone and oxycodone pills to Tug Valley Pharmacy from 2008 to 2015, the company disclosed to the panel. That’s more than half of all painkillers shipped to the pharmacy those years. In a single year (2008 to 2009), Miami-Luken’s shipments increased three-fold to the Mingo County town.

Miami-Luken also was a major supplier to the now-closed Save-Rite Pharmacy in the Mingo County town of Kermit, population 400.
The drug wholesaler shipped 5.7 million hydrocodone and oxycodone pills to Save-Rite and a branch pharmacy called Sav-Rite #2 between 2005 and 2011, according records Miami-Luken gave the committee. In 2008, the company provided 5,624 prescription pain pills for every man, woman and child in Kermit.

In 2015, more than 40 percent of the oxycodone prescriptions filled by Westside Pharmacy in Oceana were coming from the Virginia doctor, according to the committee’s letter. The following year, the Virginia Board of Medicine suspended the doctor’s license, finding his practice posed a “substantial danger to public health and safety”.

The panel’s letter also mentions Miami-Luken’s suspicious shipments to Colony Drug in Beckley. In a five-day span in 2015, the drug wholesaler shipped 16,800 oxycodone pills to the pharmacy.
“In several instances, Colony Drug placed multiple orders for what appears to be excessive amounts of pills on consecutive days”, the committee wrote.

The House committee questioned H.D. Smith’s painkiller shipments to Family Discount Pharmacy in Logan County. The drug shipper distributed 3,000 hydrocodone tablets a day to the pharmacy in 2008, a 10-fold increase in sales from the previous year, according to the committee’s letter. The pharmacy, located in a town of 1,800 people, was shipped 1.1 million hydrocodone pills in 2008.
The House panel also cited Springfield, Illinois-based H.D. Smith for spikes in painkiller shipments to Sav-Rite, Westside Pharmacy, Tug Valley Pharmacy and Hurley Drug. 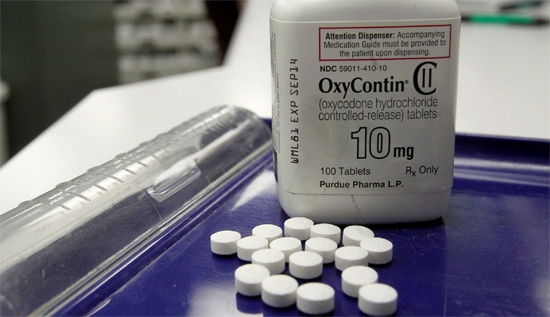 Oxycodone is sold under brand names like OxyContin, while hydrocodone brands include Vicodin and Lortab.
“The committee’s bipartisan investigation continues to identify systemic issues with the inordinate number of opioids distributed to small town pharmacies,” Walden and Pallone said in the statement. “The volume appears to be far in excess of the number of opioids that a pharmacy in that local area would be expected to receive.”

In a statement, H.D. Smith said it was reviewing the committee’s letter.
“H.D. Smith works with its upstream manufacturing and downstream pharmacy partners to guard the integrity of the supply chain, and to improve patient outcomes,” the company said.
Miami-Luken did not immediately respond to a request for comment.

In February 2016, West Virginia Attorney General Patrick Morrisey ended a state lawsuit against Miami-Luken after the company agreed to pay $2.5 million to settle allegations that it flooded the state with painkillers. Morrisey, a former lobbyist for a trade group that represents Miami-Luken and other drug distributors, inherited the lawsuit in 2013 after ousting longtime Attorney General Darrell McGraw.
H.D. Smith paid the state $3.5 million to settle the same pill-dumping allegations in January 2017.

The committee asked from H.D. Smith and Miami-Luken to turn over documents and answer dozens of questions about what steps, if any, the companies took to stop the flood of pain pills into Southern West Virginia.
“We will continue to investigate these distributors’ shipments of large quantities of powerful opioids across West Virginia, including what seems to be a shocking lack of oversight over their distribution practices,” Walden and Pallone said.

The state has the highest drug overdose death rate in the nation. More than 880 people fatally overdosed in West Virginia in 2016.