Sensible veteran French journalist, Ivan Rioufol, had this to say in a recent piece for France Soir about Macron:

„Emmanuel Macron? Manuel Valls (senior socialist politician, another globalist) said it best. It was in May 2017, in an interview with the JDD: ‘Macron is a bad guy (…) He has no code, no limit’. The presidential speech on ‘benevolence’ and ‘appeasement’ has never been able to hide the nature of this character without emotion, built around his own destiny. The ‘Macronie’ has shown itself in the image of its mentor: a small caste of fashion plates, which oozes class contempt. We remember the admission of the boss of the deputies of the presidential majority, Gilles Le Gendre: ‘We were probably too intelligent’. They still think so. An arsonist has been at the Élysée for five years. ‘My good friends’, he likes to repeat, to better hate those who do not applaud him. 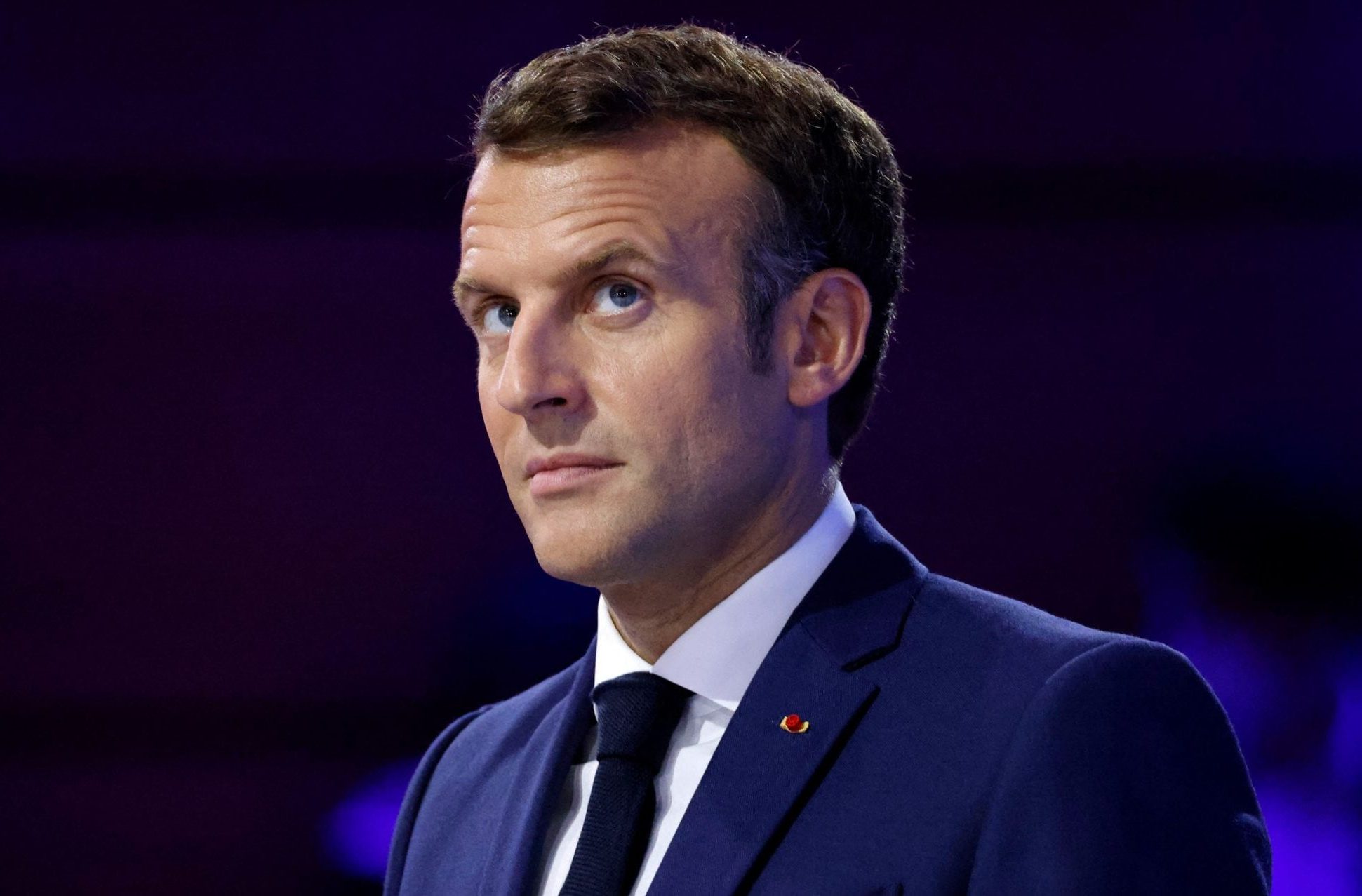 Never has a head of state, supposedly protective of his people, fractured society so much. The insult is what comes first to the mouth of the autocrat who says: ‘I, I, I’. ‘The non-vaccinated, I really want to p*** them off. And so we will continue to do so, until the end.” He said that last January. But we should also remember his insults against the Yellow Vests, this ‘hate crowd’ falsely accused, during his wishes of December 31, 2018, of attacking ‘elected officials, law enforcement, journalists, Jews, to foreigners, to homosexuals’. We should remember this SMS sent in June 2021 to Olivier Véran, attacked on his health policy: ‘We will have these as***les!’ It would be necessary to recall: ‘Those who are nothing,’ ‘the rising leprosy’, ‘the idlers and the cynics’, ‘the illiterate employees,’ etc. The people, after five years of macronism, are entitled to consider themselves in self-defense. Populism, that is to say the voice of the citizens who suffer, is the enemy of this incendiary with a fixed gaze. He loves receiving the greats of this world at Versailles. But this place is cursed for monarchs and their shadows.”

“Emmanuel Macron is an amoral psychopath”, according to the Italian psychiatrist Adriano Segatori

After a five-year term marked by two major crises (those of the Yellow Vests and Covid-19), the dismantling of the health system (5,700 hospital beds cut in 2020, around 15,000 caregivers suspended), 600 billion in debt, a debt to GDP ratio of 120%, scandals such as the Benalla, McKinsey and Rothschild affair, and a contempt shown towards the French, it is interesting to try to understand who governs us.

The Italian professor and psychiatrist Adriano Segatori has taken on the heavy task of analyzing Emmanuel Macron. Through two videos (the first published in 2017 and the other in 2022), he delivers some leads.

The psychiatrist begins by explaining that to build his analysis, he relied on the biography claimed by Emmanuel Macron, as well as photographs of the president. The professor continues with a shock statement: according to him, Emmanuel Macron was sexually assaulted at the age of 15, by his drama teacher at the time, who was then 39 and who is none other than Brigitte Macron, his current wife.

Far from the “rose water romance” between a teacher and her student, it would rather be a “restorative marriage” of a rape, the act in itself having prevented Emmanuel Macron from growing up in a normal way and would have transformed him into a “child in a man’s body”. According to him, the source of the French president’s psychopathy is therefore linked to a problem of pedophilia. And, the latter having exceeded “taboos” by marrying his drama teacher 24 years his senior, he became seemingly omnipotent: nothing could stop him. So he sees no problem favoring those who love and obey him, while destroying those who resist him. “A narcissism that it is not forbidden to define as malicious”, advances the professor.

Then, the psychiatrist explains that in addition to that, Emmanuel Macron has had an extraordinary ambition since his earliest childhood, which has allowed him to reach the highest echelons of the State, in particular thanks to his visit to the World Economic Forum.

The Paradigms of Emmanuel Macron

In short, as early as 2017, Adriano Segatori identified three paradigms that define his character:

– The idea that there are no limits;
– A feeling of omnipotence from childhood, even more present as adult;
– A malevolent narcissism.

These three paradigms structure psychopathy, a psychic organization which, according to the psychiatrist, corresponds perfectly to Emmanuel Macron. 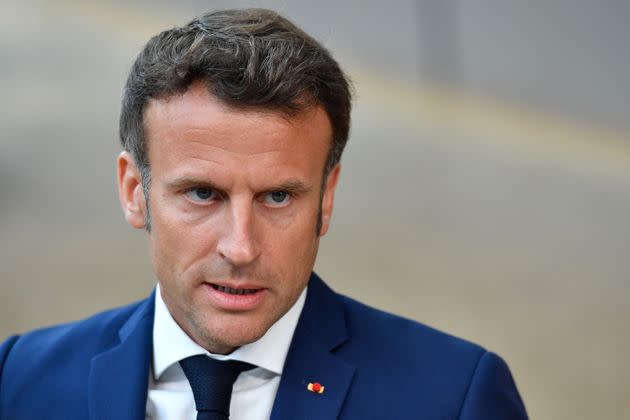 He continues his description by explaining that the psychopath “is not trustworthy, but succeeds through the fascination he exerts in convincing his interlocutor, he otherwise has no remorse”. In an interview granted to TF1 in mid-December 2021, Emmanuel Macron declared that he could have avoided during his first presidency certain “terribly hurtful” formulas, even that he regretted some of them… Immediately afterwards, at the beginning of January 2022, he declared that he had “wanted to p*** off the non-vaccinated”, adding “that an irresponsible person is no longer a citizen”. It’s thus hard to believe his mea culpa.

Five years later, the Italian psychiatrist confirms his first diagnosis by stating that it is clearly an “assessment of psychopathy”.

According to him, “Emmanuel Macron has a high IQ, a great culture, an incisive capacity for communication, an obvious although superficial charisma and a greatness that brings him to an absence of limits, a great capacity for manipulation, a total absence of feelings of guilt, cynicism and a great capacity for mimicry”. In addition, he goes further in his analysis, since he considers that the “Jupiterian sovereign” constitutes a danger not only for the French, but also for Italy and Europe as a whole, knowing that he presides today the Council of the European Union. Adriano Segatori then declares that “Macron can join forces against France as Mario Draghi joins forces against Italy.”

He takes the example of the European summit in Versailles on March 10 and 11, which gave the re-elected president the opportunity to make an ostensible demonstration of his power, “a self-celebration and an autocratic exhibition of his power”. A friend of the psychiatrist had suggested the neologism of “Napoleon syndrome” to designate Emmanuel Macron at that time: a narcissist unable to admit that he could have failed, because it would amount to questioning his inner self which would cause injury to this indelible narcissist.

In his second video, Adriano Segatori repeats that “Macron has no morals”, that he is a “predator” who “must succeed in immobilizing a prey”. Symbolically, it may be France, or the French… whom he rightly warns. According to him, a being endowed with reason should be afraid when a president declares: “We will limit the access to social life of the non-vaccinated”. Those who do not go in “the direction of good”, in other words the Yellow Vests, the non-vaccinated or even the anti-health passes, seem to be his adversaries, his prey. Emmanuel Macron pursues a goal without bothering with moral and ethical considerations and crushes those who do not adhere to his policy.

Europe Reloaded editor note: French psychoanalysts we know personally have no hesitation in joining Italian psychiatrist, Dr. Adriano Segatori, in his diagnosis of Macron as a psychopath.

Early Enrollment for the LiveOnlineYoga Classes