Misinterpreted throughout the centuries as ‘gods’, here are three of the most hostile Aliens that according to ‘experts’ have been visiting Earth since time immemorial.

The idea that we are not the only life forms in the universe has captured the imagination and interest of not only scientists but philosophers, historians and other experts throughout the centuries. 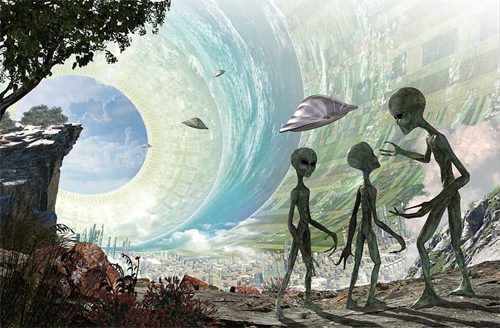 One of the first to speak out about alien life was an Italian Dominican friar, philosopher, mathematician, poet, and cosmological theorist Giordano Bruno.
He is remembered for his cosmological theories, which conceptually extended the then novel Copernican model.

Bruno proposed that the stars were just distant suns surrounded by their own exoplanets and raised the possibility that these planets could even foster life of their own (a philosophical position known as cosmic pluralism). Bruno also insisted that the universe is in fact infinite and could have no celestial body at its “center”.

Bruno said: “There are countless suns and countless earths all rotating around their suns in exactly the same way as the seven planets of our system. We see only the suns because they are the largest bodies and are luminous, but their planets remain invisible to us because they are smaller and non-luminous.

The countless worlds in the universe are no worse and no less inhabited than our earth. For it is utterly unreasonable to suppose that those teeming worlds which are as magnificent as our own, perhaps more so, and which enjoy the fructifying rays of a sun just as we do, should be uninhabited and should not bear similar or even more perfect inhabitants than our earth.”

Giordano Bruno was burned at the stake in Rome’s Campo de’ Fiori in 1600.
However, he wasn’t the only one to have spoken out about alien life. Throughout the centuries, countless scholars have wondered whether or not there are others out there.

“There is abundant evidence that we are being contacted, that civilizations have been monitoring us for a very long time. That their appearance is bizarre from any type of traditional materialistic western point of view.
That these visitors use the technologies of consciousness, they use toroids, they use co-rotating magnetic disks for their propulsion systems, that seems to be a common denominator of the UFO phenomenon” – Dr. Brian O’Leary, Former NASA astronaut and Princeton physics professor.

Today, at a time when technology has allowed us to explore the universe like never before, many people are convinced that we are not alone. Not only that, but millions of people around the globe are convinced that until this day, we are being visited by beings that are not from our planet. Advanced civilizations which are thousands of years ahead of us technologically, who have played an extremely important role in the development of humanity throughout the centuries. So who are these beings? Are they benign? Are they hostile? If so, where are they?

Considering the fact that there are at LEAST hundred billion galaxies just as old as the Milky Way, and all of them have an average of 100 BILLION Suns per galaxy, most of them with planets similar to Earth orbiting them, one can say that intelligent life surely must exist somewhere.

Many authors would agree that it’s safe to say that there is at least 1 intelligent civilization per galaxy. There are at LEAST one hundred billion galaxies as the milky way. Do the math.

UFOlogists and paranormal researchers agree that throughout the years Earth has been visited, and there is ample historical evidence which supports this claim. Confused as ‘Gods’, numerous ancient cultures around the globe indicate how ‘extremely advanced beings’ visited Earth, coming from the Stars.

If we take a look at ancient Mesopotamian history we will find evidence of the so-called Anunnaki. The Anunnaki are believed to be the creators of Man. These mighty Gods left Earth in the distant past, saying that one day, they shall return to Earth. 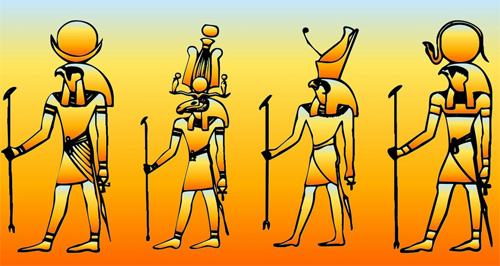 Curiously, if we look at ancient cultures around the globe, most of their Gods – Creator Gods – left Earth and promised to return one day. According to later Assyrian and Babylonian myth, the Anunnaki were the children of Anu and Ki, brother and sister gods. The Anunnaki appear in the Babylonian creation myth, Enuma Elish. The Anunnaki are mentioned in The Epic of Gilgamesh when Utnapishtim tells the story of the flood. There are four primary gods: Anu, Enlil, Enki and Ninhursag.

Many researchers firmly believe that based on numerous discoveries, the Anunnaki (Sumerian: those who came down from the heavens), a highly advanced civilization from an elusive planet in our solar system, came to Earth, landing in the Persian Gulf some 432,000 years ago. They created man as a slave race to help them mine gold. Eventually, the Anunnaki left Earth, leaving their creation behind promising to return one day.

The Grey Aliens are one of the most famous alien species in the 21st century. There are two types of Grey Aliens. The Small Greys are said to possess extremely large heads, almond-shaped eyes, and small bodies. The small greys are said to be clones of the other species known as the Tall Greys.

According to ufologists and researchers, their population is in fact very small which is why they have numerous clones among them. They have almond-shaped eyes and are most commonly associated with abductions. These beings are said to behave like robots and lack souls. Many ‘experts’ in ufology firmly believe mankind even has a secret pact with these beings. They are said to come from the Constellation of Orion and the Star System Zeta Reticuli.

There are some statues in ancient Sumeria, and we can also find cave drawings in Europe and in Australia, where the heads feature a triangular shape with the big roundish eyes. Cave paintings in the Kimberley region of Australia – believed to be thousands of years old – could be the earliest depictions of the Greys ever discovered. According to local legends, the carvings are of ancient spirits called the Wondjina who appeared during dream time to create the landscape and influence its inhabitants, a possible connection to the Greys?

According to reports, sometime during the 1950’s the government of the US made a secret pact with the Grey Aliens. We received extremely advanced alien technology for study, while they got the green light to abduct people and perform human experiments.

Throughout history, we have heard tales about these strange looking creatures that apparently live among us on Earth. There are so many stories about reptilian entities both in the past and in the present as if these beings were since the beginning of time present on our planet. History talks about them and modern day sightings are becoming more and more frequent.

There have been stories of beings half-human, half-reptile for centuries, but is this just the result of human imagination or is there something more about these strange beings that have conquered our History texts. Looking back in history, we find several tales about strange creatures, which were worshiped by our ancestors.

According to ufologists, they measure about 4 meters in height and are characterized as excellent warriors and have an extremely hierarchical and competitive political – military system. They also have a great psychic power and feed on negative energies like fear and hatred, thus, they are considered “regressive” and were considered before as “demons.”

What are some lessons humanity can learn from alien civilizations? A theoretical…