Declassified FBI documents mention the idea that Nikola Tesla had a “connection” with “Space People” and was brought here by them as a baby. This was apparently not revealed until 1950 according to the information in the document. 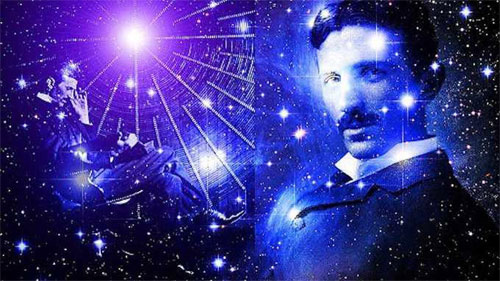 Many decades ago Wernher Von Brauns mentor Hermann Oberth, the founding father of rocketry and astronautics, also known as the ‘father of Spaceflight’ stated his belief that “flying saucers are real” and that “they are space ships from another solar system. I think that they possibly are manned by intelligent observers who are members of a race that may have been investigating our Earth for centuries.” He wrote these words in “Flying Saucers Come From A Distant World”, The American Weekly, Oct 24, 1954. At the time, academics like Oberth were well aware of the UFO phenomenon, and today the topic has gained even more ‘credibility’ given that multiple governments have now confirmed the existence of these objects. There is no shortage of radar tracking data, video evidence, photo evidence and high ranking witness testimony that’s now available within the public domain. This seems to be confusing many people, as “mainstream UFO disclosure” is taking off after a decades long campaign of “ridicule and secrecy” (Ex-CIA Director Roscoe Hillenkoetter).

Nikola Tesla, who was born prior to Oberth, also had a strong interest when it came to the idea of life on other planets. There are many examples documenting this fact. For example, in an interview he gave to Time at the age of 75, Tesla stated the following: “I think that nothing can be more important than interplanetary communication. It will certainly come someday, and the certitude that there are other human beings in the universe, working, suffering, struggling, like ourselves, will produce a magic effect on mankind and will form the foundation of a universal brotherhood that will last as long as humanity itself.
No doubt that contact, communication and relationships with beings from other worlds would have huge implications and change human consciousness forever. It would truly leave, as I’ve said many times before, no aspect of humanity untouched.”

There are many more examples and interesting statements from Tesla, but first lets direct our attention to some declassified Federal Bureau of Investigation Documents (FBI) that were kept by the agency pertaining to Tesla. The document is a record of an “Interplanetary Sessions Newsletter” from 1957. The newsletter seems to be a printed promotion of a lecture to be given by George Van Tassel. The newsletter appears to be written by writer Margaret Storm, along with what appears to be her husband, John. What’s interesting to ask is, why was the FBI so interested to the point where they documented these meetings, discussions and gatherings? Why did they keep records of this specific newsletter? Is it because they had a heavy interest in the UFO/extraterrestrial phenomenon? Remember, this is from the 1950’s, today we now know that governments and intelligence agencies, like the FBI, have had a long and documented interest in the phenomenon.

Part of the document reads as follows:
“Margaret Storm has been assigned to certain work with the Space People, she is writing a book – Return of the Dove – a story of the life of Nikola Tesla, scientist, and the part his inventions will play in the New Age. Much of the data for this book has been supplied to Mrs. Storm through transcripts received on the Tesla set, a radio-type machine invented by Tesla in 1938 for Interplanetary Communication. Tesla died in 1943 and his engineers did not build the Tesla set until after his death. It was placed in operation in 1950 and since that time the Tesla engineers have been in close touch with space ships. The Space People have visited the Tesla engineers many times, and have told us that Tesla was a Venusian, brought to this planet as a baby, in 1856, and left with Mr. and Mrs. Tesla in a remote mountain province in what is now Yugoslavia. Tesla’s connection with the Space People… was not revealed until 1950.”

Whether or not you believe this is up to you, as there is no real way to verify the claims. The document brings up more related UFO phenomenon.

“As far as George Van Tassel goes, he had a long career in aviation, starting off with Douglas Aircraft and then moving on to Hughes and finishing with Lockheed. In the early 50’s he went public claiming he had contact experiences with people from space. According to him, these beings issued warnings of destruction given humanity’s ways along with messages of universal peace. After this they apparently began instructing Tassel on how to construct a building that could reverse the aging process. It was called “The Integration” and the project consumed all of his time. He claimed the instructions for the device came from extraterrestrials from the planet Venus. He apparently died of a heart attack shortly before the first demonstration was set to take place.” (source 1) (source 2)

Those who studied the lore of the UFO/extraterrestrial phenomenon for more decades, found a particularly interesting aspect: most of the stories and encounters involve messages of concern about the direction humanity is needed and the urgent need to transform its course to avoid poverty, war, hunger, environmental destruction and disaster. There are countless examples of this, one of many would be the encounter more than 60 school children had in Zimbabwe in 1994. There are thousands of examples, and the corroboration and similarities of these messages of supposed contact experiences is truly interesting to say the least. 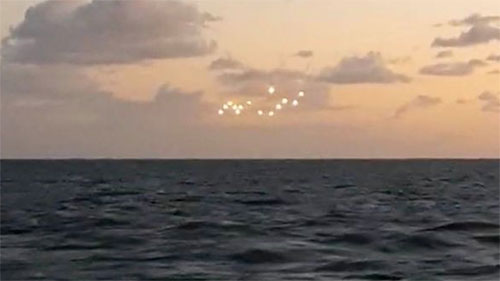 Just because the claims in the document cannot be verified, does not mean that Tesla’s interest in extraterrestrial communication is not verified. As mentioned earlier in the article, it is. For example, according to the Library of Congress, Tesla claimed to have received radio communications from Mars. They cite an article from the Richmond Times purported to offer an extensive description and commentary of his supposed discovery. “As he sat beside his instrument on the hillside in Colorado, in the deep silence of that austere, inspiring region, where you plant your feet in gold and your head brushes the constellations – as he sat there one evening, alone, his attention, exquisitely alive at that juncture, was arrested by a faint sound from the receiver – three fairy taps, one after the other, at a fixed interval. What man who has ever lived on this earth would not envy Tesla that moment!”

A direct quote from Tesla below, taken from his piece, “Talking With Planets”:
“I can never forget the first sensations I experienced when it dawned upon me that I had observed something possibly of incalculable consequences to mankind. I felt as though I were present at the birth of a new knowledge or the revelation of a great truth. Even now, at times, I can vividly recall the incident, and see my apparatus as though it were actually before me. My first observations positively terrified me, as there was present in the them something mysterious, not to say supernatural, and I was alone in my laboratory at night; but that time the idea of these disturbances being intelligently controlled signals did not yet present itself to me.

The modifications I noted were taking place periodically, and with such a clear suggestion of number and order that they were not traceable to any cause then known to me. I was familiar, of course, with such electrical disturbances as are produced by the sun, Aurora Borealis and earth currents, and I was sure as I could be of any fact that these variations were due to none of these causes. The nature of my experiments precluded the possibility of the modifications being produced by atmospheric disturbances, as has been rashly asserted by some. It was some time afterward when the thought flashed upon my mind that the disturbances I had observed might be due to an intelligent control. Although I could not decipher their meaning, it was impossible for me to think of them as having been entirely accidental. The feeling is constantly growing on me that I had been the first to hear the greeting of one planet to another… I was not merely beholding a vision, but had caught sight of a great and profound truth.”

Another example of Tesla’s thoughts, in his own words:
“Others may scoff at this suggestion… (of) communicating with one of our heavenly neighbors, as Mars… or treat it as a practical joke, but I have been in deep earnest about it ever since I made my first observations in Colorado Springs… At the time, there existed no wireless plant other than mine that could produce a disturbance perceptible in a radius of more than a few miles. Furthermore, the conditions under which I operated were ideal, and I was well trained for the work. The character of the disturbances recorded precluded the possibility of their being of terrestrial origin, and I also eliminated the influence of the sun, moon and Venus. As I then announced, the signals consisted in a regular repetition of numbers, and subsequent study convinced me that they must have emanated from Mars, the planet having just then been close to the earth.”

It’s quite clear that Tesla had a strong interest in extraterrestrial life and attempted communication. It’s amazing how he was the first person to develop equipment that could pick up on signals coming from space as well as other planets. Today, signals of unknown origin are commonplace in the scientific community, massive radio bursts and other anomalies are commonly detected.

As Tesla alludes to early on in this article, contact has huge implications. It will and is currently forcing humanity to look at a broader view of reality and entertain concepts that perhaps once did not fit within the framework of accepted knowledge. Through all stages of human history, plausible concepts and even ones that are backed by evidence and examples have always faced harsh opposition and resistance.

We are still a very young race and no doubt there are truths waiting ‘out there’ for us to discover. One aspect is for certain, we definitely do not have our affairs here on planet Earth in order. As we grow it seems we question our lives more and more, what we are doing here and why we do it. We have the potential to create a much better human experience for all life on the planet. We seem to continually put our ability to transform the world for the better into the hands of those who may not have our best interests at heart. Somehow, someway, it’s time for us to take responsibility and begin creating a human experience that resonates with all and is in harmony with mother Earth. How do we do this? Staying silent, not exploring and not expanding our consciousness is not the answer. We need to be able to talk about controversial topics openly, and those who oppose mainstream narratives should not be ridiculed nor censored.

“For ages this idea has been proclaimed in the consummately wise teachings of religion, probably not alone as a means of insuring peace and harmony among men, but as a deeply found truth. The Buddhist expresses it in one way, the Christian in another, but both say the same: ‘We are all one’”. – Nikola Tesla (source)
0 678
Share FacebookTwitterGoogle+WhatsAppEmailFacebook MessengerTelegramViber

What are some lessons humanity can learn from alien civilizations? A theoretical…