It might sound like “US exceptionalism” to point this out, but even if the globalist Reset is successful in every other nation on Earth, the globalists are still failures if they can’t secure and subjugate the American people. 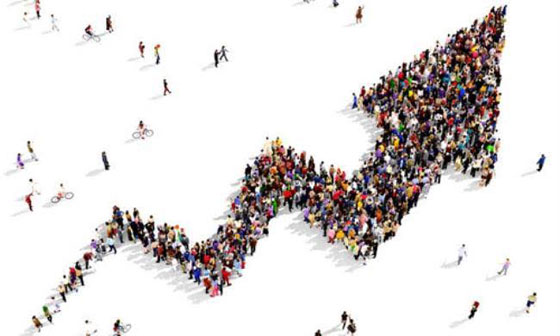 Most of the world has been sufficiently disarmed, and even though it can be seen resistance in multiple European nations against forced vaccination legislation and medical tyranny, it is unlikely that they will have the ability to actually repel a full on march into totalitarianism.

Most of Asia, India and Australia are already well under control. Africa is almost an afterthought, considering Africa is where many suspect vaccines are tested.

America represents the only significant obstacle to the agenda.

Conservative Americans in particular have been a thorn in the side of the globalists for generations, and it really comes down to a simple matter of mutual exclusion: You cannot have an openly globalist society and conservative ideals at the same time in the same place. It is impossible. Conservatives believe in limited government, true free markets, individual liberty, the value of life, freedom of speech, private property rights, the right to self defense, the right to self determination, freedom of religion, and the non-aggression principle. None of these ideals can exist in a globalist world because globalism is at it’s core is the pursuit of a fully centralized tyranny.

There are people on this planet that are not satisfied to merely live their lives, take care of their families and make their mark peacefully. They crave power over all else. They desperately want control over you, over everything, and they will use any means at their disposal to get it. This may be compared to a kind of drug addiction; globalists are like crack addicts, they can never get enough power, there is always something more to take. They tell themselves and others that they are “philanthropists”, that “they know what is best” for the rest of us. They believe themselves superior and therefore it is their “destiny” to dictate and micro-manage society for the “greater good” of us all.

But really, when we witness their methods it becomes clear that they have no noble aspirations. They have no empathy or honor. They don’t care about the average human being, or the environment, or the economy or society in general. They only care about themselves and their delusions of grandeur. These people are a cancer on the rest of civilization. They seem to be particularly obsessed with deconstructing and sabotaging the states in the pursuit of their global Reset.

Real philanthropists would not have a problem if someone didn’t want to accept their “charity”, but psychopaths cannot abide a group of people rejecting them and their ideology. You are not allowed to walk away from them. You are not allowed to do actions your own way. You must be forced to comply. The agenda only works if EVERYONE submits.

Unfortunately for the globalists, the Reset is not working out for them everywhere. In the US, the agenda is failing miserably compared to Asia and parts of Europe.

As the head of the World Economic Forum, Klaus Schwab, is so fond of reminding us, the Covid pandemic is the “perfect opportunity” to push forward the globalist plans for a total Reset of human economy and society. To the globalists, the crisis is a panacea, a doorway to their version of a better world. They love the pandemic, they are not distressed by it. The problem is, it’s not doing enough damage or terrifying enough people.

Consider the Event 201 coronavirus pandemic simulation – It was held by the World Economic Forum and the Bill and Melinda Gates Foundation only two months before the real event “coincidentally” occured in early 2020. The pandemic war game was less about saving lives and more about how the elites planned to keep the public under control. The suppression of alternative media and censorship in social media was discussed at great length. Dissenting voices need to be silenced if the Reset is going to prevail.

Ultimate proof: Covid-19 was planned to usher in the New World Order

One factor within the Event 201 simulation that never played out, though, was the WEF projections on deaths. The war game suggested at least 65 million initial deaths due to the pandemic. Early projections on the death rate suggested 2% to 3% of the population or more. The same projections were repeated by the UN’s World Health Organization when the real pandemic was first revealed to the public.

Instead, Covid-19 has been a letdown for the globalists, with a tiny death rate of around 0.26% outside of nursing homes. Meaning, 99.7% of the population has nothing to worry about from covid. Millions of Americans are becoming savvy to the situation and are refusing to comply with mandates over a virus that is a non-threat.

Instead of backing off of the Reset scheme, the globalists are continuing to double down. Why? Because they have no other choice. They let the cat out of the bag and bloviating big-mouths like Klaus Schwab told the world exactly what the plan is. If they retreat now, they might NEVER get another chance to implement a world centralization plan; a massive grift which requires medical tyranny in order to prevent rebellion.

You see, if the death rate had been dramatically higher than 0.26% and covid represented a legitimate threat, then maybe a larger portion of the US population would have been on board with longer term restrictions and medical passports. Maybe not.

The fact remains that 40% of deaths have been in nursing homes among patients with preexisting illnesses, the death rate outside of these facilities is minimal, the mask mandates have been proven completely ineffective and the states that have remained open and removed mask mandates have FALLING death and infection rates when compared to states that are enforcing lockdowns.

The fear narrative is falling apart. States across the US are opening and are refusing to implement useless mandates. In the state of Montana, legislators and the governor are passing laws that forbid the enforcement of medical passports. Even major corporations are not allowed to demand vaccine passports from customers or employees. On top of that, 40% to 50% of the US population in polls are refusing to comply with the vaccine rollout or medical passports. Why take a vaccine for a virus that 99.7% of the population is unaffected by anyway?

The jig is up. The globalists are going to need another crisis if they hope to enforce further lockdowns in the US, along with medical passports and disarmament. Do not be surprised if there is more engineered chaos going into the summer months. But what will the next crisis look like? We are already seeing the signs… 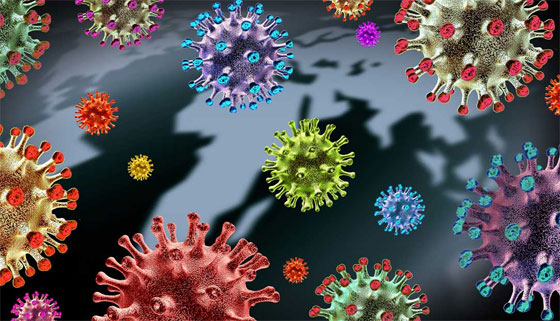 The mainstream media is pushing a non-stop narrative of covid mutation hype. It says about UK and Brazilian variants on a weekly basis, and the assertion has been that surely, these variants will be more infectious and more deadly that the original virus.

There is still no proof whatsoever to confirm this, but the globalists only care about planting the idea in people’s heads. They only care about reigniting the fear. But this strategy is going to fail, at least in the US. Too many Americans are aware of the con game, and a new virus threat is not going to have the same effect as Covid-19 did in the early months of the pandemic. None really knew what people were facing back then, and caution was a practical response.

Today, it is know for a fact that covid is not a concern for the vast majority of the public. Media attempts to amp up the threat will be ineffective, but they will of course still try.

Just as the Event 201 simulation of a coronavirus pandemic preceded the real event by only two months, there are concerns that the next World Economic Forum simulation event will also be a precursor to another crisis. Cyber Polygon is a war game being held by the WEF this July which is meant to simulate a major cyber attack on the global supply chain and the economic system.

There has been endless discussion int the media the past year building up fears of cyber attacks by Russia, China, Iran and even North Korea. In terms of supply chain threats, we cannot say exactly how a cyber attack could do much to disrupt global shipping, unless we are talking about another blockage in a major shipping route like the Suez Canal.

But, a successful attack on stock exchanges in places like Wall Street could be devastating. Many suggest watching this event carefully as it may be designed to precede a real cyber attack sometime this year.

The media and the Biden Administration are very busy aiming to create tensions with Russia over Ukraine. There are renewed tensions between Iran and Israel and continued destabilization by the West in Syria. And, a rising danger of confrontation with China over Taiwan.

War could be the goal, or, the goal could merely be economic conflict. After all, China has already been dumping dollars and US treasuries the past year, and it would not take much to cause damage to the dollar’s world reserve status if China and Russia both diversified into a basket of currencies for global trade.

Beyond that, there are many advantages for globalists in creating regional wars and drawing Americans into pointless conflicts. For example, the threat of war could be used to institute a new draft. What better way to keep American men in particular busy and stop them from rebellion against the Reset than to draft them so they can die in a meaningless war overseas?

There is also a narrative advantage to global tensions; when presented with a foreign threat, are Americans more likely to reject notions of rebellion against government trespasses?

The establishment will try to claim the liberty movement is not a movement for freedom, but an “astro-turf” movement created by the Russians to destabilize America. This has been the leftist media propaganda strategy for years now; so why would they stop?

The bottom line is this: America is the primary target of the globalists because is one of the only countries with the means and the numbers to stop them and the Reset.

Until they are removed from the equation they will continue to throw crisis after crisis at people in order to wear them down and force them to accept totalitarianism.

Do not get too comfortable in the fact that the pandemic agenda is failing; stay alert and continue to organize your communities.

What do mandatory vaccination and forced sterilization have in common?