Navigation, fleet tracking, aviation and emergency response – GPS helps all of these function. The Global Positioning System (GPS) is a positioning, navigation and timing service based on a constellation of satellites which are owned by the U.S. and managed worldwide by control stations. 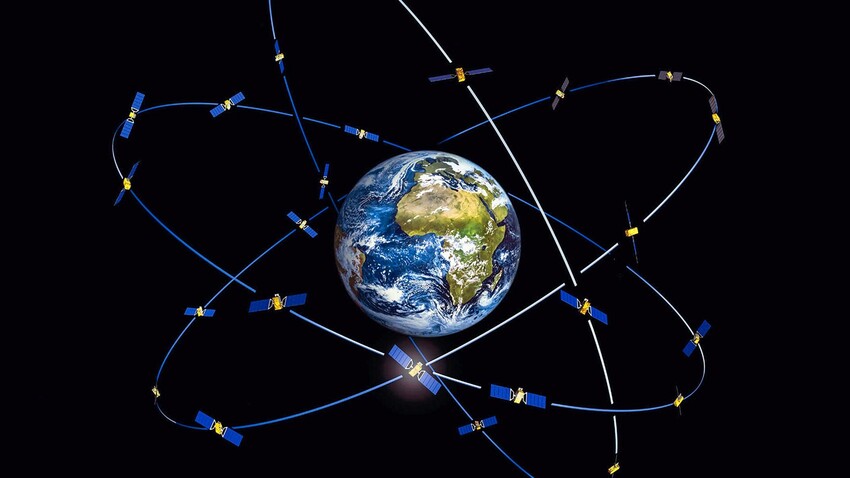 Reserved only for military use upon its inception, GPS is now available to everyone, and has been for some time. Due to its widespread use, GPS technology is now well incorporated into our daily lives. Used in your car to navigate traffic or by your smartphone to offer more accurate and customized web search results, GPS is a technology we have become so comfortable with, we often take it for granted.

The origins of GPS dates back to the Cold War when the Soviet Union launched the Sputnik I satellite, heralding the beginning of the space race. What started off as a method of studying the Earth from space quickly grew into a universal technology utilized by nearly every country in the world.

One of the major milestones was the ending of Selective Availability (SA) in 2000, which allowed civilians access to more precise GPS readings and opened the door to new technology advancements.

1970-1989:
• 1974 – The first NAVSTAR test satellite is launched by the U.S.
• 1978 – The U.S. begins the launch of 11 test satellites as a part of their Block I GPS program.
• 1983 – After the Korean Air Lines Flight 007 crash, the U.S. announces it will make GPS available for civilian use to improve navigation and increase safety for air traffic.
• 1985 – The U.S. government opens contracts with private companies to create portable GPS receivers.
• 1989 – GPS company, Magellan, introduces the first hand-held GPS device, the NAV 1000. The first fully operational satellite is launched by the U.S. Air Force as a part of their Block II program.

1990-1999:
• 1990 – The U.S. Department of Defense begins decreasing the accuracy of GPS readings for non-military use, stating fear of adversaries gaining military advantages as the reason behind the decision. This became known as Selective Availability.
• 1991 – GPS plays a significant role in U.S. operations during the Gulf War, despite the system not being fully operational.
• 1995 – The U.S. military declared Full Operational Capability (FOC) of all 24 satellites in the GPS constellation.
• 1998 – The U.S. Vice President Al Gore announces a plan for GPS III satellites to send two additional signals for civilian and aircraft use.
• 1999 – Mobile phone manufacturer, Benefon, introduces first commercial GPS phone.

2000-2019:
• 2000 – The U.S. ends Selective Availability, allowing for greater commercial GPS use and innovations.
• 2004 – U.S. electronics company, Qualcomm, successfully completes a test of live assisted GPS on a mobile phone, which allows for cellular and GPS signals to combine for better location accuracy.
• 2005 – The first of Block IIR satellites is launched, allowing for a dedicated civilian GPS channel.
• 2010 – U.S. launches first of 12 Block IIF satellites. This is the first satellite to be launched as a part of the Evolved Expendable Launch Vehicle (EELV), otherwise known as a modern rocket.
• 2016 – The last of the Block IIF satellites launches, marking an end to the extensive Block II program that ran from 1989 to 2016.
• 2018 – The U.S. Air Force successfully launches the first GPS III satellite.
• 2019 – The second GPS III satellite is launched from Cape Canaveral on a SpaceX Falcon 9.

The rise of commercial GPS tracking

It wasn’t until the late 1980s that commercial GPS technology became a reality. The first portable GPS receiver developed for consumers was made by electronic navigation company Magellan. The inaugural device, the NAV 1000, weighed in at 1.5 pounds, had a hefty price tag of $3,000 and could run for no more than a couple hours at a time on battery power only. At the time, the high cost of satellite navigation meant that outside the military, only freight, delivery and select other companies could afford to use systems.

As GPS accuracy improved, many different industries began to take advantage of the available GPS technology. These days, portable GPS tracking is much more affordable. Today’s GPS trackers are lightweight, can often fit in the palm of your hand (think cellphones), and have a much wider array of abilities in comparison to the original devices. For example, GPS is essential to fleet management, especially for tracking vehicle location and driving behavior with telematics, as well as routing and dispatching.

As the capabilities of technology continue to expand, one can only imagine what GPS technology will look like in the future. Using physical maps or asking strangers for directions is now an aspect of the past.

Looking forward, the U.S. Government is already working to launch a new era of GPS satellites, the GPS III models, with the third satellite in the series set for a 2020 launch. The new GPS III satellite system is expected to be fully operational by 2023.

It appears there will be no room for privacy.