Spanking may affect a child’s brain development in similar ways to more severe forms of violence, according to a new study led by Harvard researchers. 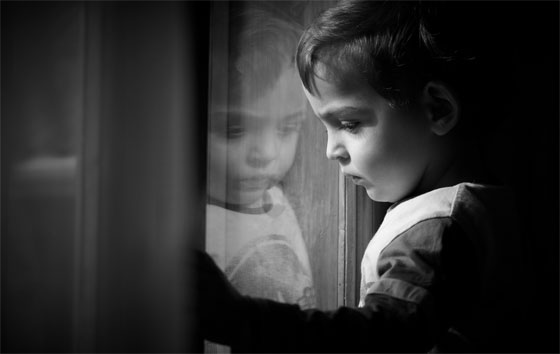 The research, published recently in the journal Child Development, builds on existing studies that show heightened activity in certain regions of the brains of children who experience abuse in response to threat cues.

The group found that children who had been spanked had a greater neural response in multiple regions of the prefrontal cortex (PFC), including in regions that are part of the salience network. These areas of the brain respond to cues in the environment that tend to be consequential, such as a threat, and may affect decision-making and processing of situations.

“We know that children whose families use corporal punishment are more likely to develop anxiety, depression, behavior problems, and other psychic health problems, but many people don’t think about spanking as a form of violence,” said Katie A. McLaughlin, John L. Loeb Associate Professor of the Social Sciences, director of the Stress & Development Lab in the Department of Psychology, and the senior researcher on the study. “In this study, we wanted to examine whether there was an impact of spanking at a neurobiological level, in terms of how the brain is developing.”

According to the study’s authors, corporal punishment has been linked to the development of psychic health issues, anxiety, depression, behavioral problems, and substance use disorders. And recent studies show that approximately half of parents in U.S. studies reported spanking their children in the past year and one-third in the past week. However, the relationship between spanking and brain activity has not previously been studied.

McLaughlin and her colleagues – including Jorge Cuartas, first author of the study and a doctoral candidate in the Harvard Graduate School of Education, and David Weissman, a post-doctoral fellow in the Department of Psychology’s Stress & Development Lab – analyzed data from a large study of children between the ages of three and 11. They focused on 147 children around ages 10 and 11 who had been spanked, excluding children who had also experienced more severe forms of violence.

Each child lay in an MRI machine and watched a computer screen on which were displayed different images of actors making “fearful” and “neutral” faces. A scanner captured the child’s brain activity in response to each kind of face, and those images were analyzed to determine whether the faces sparked different patterns of brain activity in children who were spanked compared to those who were not.

The findings are in line with similar research conducted on children who had experienced severe violence, suggesting that “while we might not conceptualize corporal punishment to be a form of violence, in terms of how a child’s brain responds, it’s not all that different than abuse,” said McLaughlin. “It’s more a difference of degree than of type.”

Researchers said the study is a first step towards further interdisciplinary analysis of spanking’s potential effects on children’s brain development and lived experiences. “These findings aligned with the predictions from other perspectives on the potential consequences of corporal punishment,” studied in fields such as developmental psychology and social work, said Cuartas. “By identifying certain neural pathways that explain the consequences of corporal punishment in the brain, we can further suggest that this kind of punishment might be detrimental to children and we have more avenues to explore it.”

However, they noted that their findings are not applicable to the individual life of each child. “It’s important to consider that corporal punishment does not impact every child the same way, and children can be resilient if exposed to potential adversities,” said Cuartas. “But the important message is that corporal punishment is a risk that can increase potential problems for children’s development, and following a precautionary principle, parents and policymakers should work toward aiming to reduce its prevalence.”

Ultimately, added McLaughlin, “we’re hopeful that this finding may encourage families not to use this strategy, and that it may open people’s eyes to the potential negative consequences of corporal punishment in ways they haven’t thought of before.”