They allow governments to track and control every penny you earn, save, and spend. They are a powerful tool for politicians to confiscate and redistribute wealth as they see fit.

CBDCs will make it possible for central banks to impose deeply negative interest rates, which are really just a euphemism for a tax on saving money.

Governments could program CBDCs to have an expiration date—like some airline frequent flyer miles—forcing people to spend them, for example, before the end of the month when they’d become worthless.

CBDCs will enable devious social engineering by allowing governments to punish and reward people in ways they previously couldn’t.

Suppose governments impose lockdowns again for flu season, so-called “climate change,” or whatever pretext they find convenient. CBDCs could be programmed to only work in a geographic area. For example, your payments could be denied if you travel more than a mile from your home during a lockdown.

Suppose the people in charge want to encourage people to take a pharmaceutical product. With CBDCs, they could easily deposit money into the accounts of those who complied and deduct it from those who didn’t.

Did you commit a thought crime on social media? Or perhaps you read too many politically incorrect articles online? Did you exceed your monthly meat consumption allowance? Then expect some financial punishment thanks to the CBDCs.

CBDCs are, without a doubt, an instrument of enslavement. They represent a quantum leap backward in human freedom. Unfortunately, they’re coming soon. Governments will probably mandate CBDCs as a “solution” when the next real or contrived crisis hits—which is likely not far off. That’s the bad news.

The good news is that CBDCs are destined to fail.

Despite all the hype, CBDCs are nothing but the same fiat currency scam on steroids. It’s doubtful CBDCs can save otherwise fundamentally unsound currencies—as I believe all fiat currencies are.

If the current fiat system is not viable, then CBDCs are even less viable as they enable the government to engage in even more currency debasement.

Would a CBDC have saved the Zimbabwe dollar, the Venezuelan bolivar, the Argentine peso, or the Lebanese lira?

I don’t think so. And a CBDC won’t save the US dollar or the euro either.

But that doesn’t mean governments won’t try implementing CBDCs… with immensely destructive consequences for many people.

While I believe CBDCs will inevitably self-destruct, nobody knows how long it will take for that to happen. Communism was also destined to self-destruct, but it took generations. I don’t think it will take nearly that long for CBDCs to fail, but that’s just my guess.

Therefore, the big question everyone should be asking is this…

What will you do when the government forces everyone to use CBDCs?

I believe it’s incumbent on free individuals to reject CBDCs. It will be challenging, but the reward—maintaining your sovereignty—will be priceless.

Below I discuss five ways you can do just that.

It’s important to remember the wise words of Ron Paul:

“What none of them (politicians) will admit is that the market is more powerful than the central banks and all the economic planners put together. Although it may take time, the market always wins.”

No matter what edicts, decrees, or laws that politicians pass, they will never be able to fully extinguish the desire of people to use alternatives to CBDCs. That cracks the door open to other options. 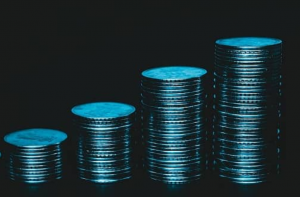 For example, consider that Venezuela, Zimbabwe, Argentina, Lebanon, and many other countries restrict the use of US dollars today. However, all that does is create a thriving black market—or, more accurately, a free market—for US dollars and a parallel financial system.

We can expect the same kind of dynamic if governments impose CBDCs. I have no doubt significant parallel systems and underground markets will naturally emerge.

Anyone who wants to avoid CBDC enslavement must learn to swim in those waters.

Below are five steps anyone can take to opt out of this dystopia.

Step #1: Use Physical Gold and Silver

Although people use money every day, few consider what it actually is or what makes for a good money.

Asking people, “what is money?” is like asking a fish, “what is water?”.

The fish probably doesn’t even notice the water unless it becomes polluted or something is wrong.

Money is a good, just like any other in an economy. And it isn’t a complex notion to grasp. It doesn’t require you to understand convoluted math formulas and complicated theories—as the gatekeepers in academia, media, and government mislead many folks into believing.

Understanding money is intuitive and straightforward. Money is simply something useful for storing and exchanging value. That’s it.

Think of money as a claim on human time. It’s like stored life or energy.

Unfortunately, today most of humanity thoughtlessly accepts whatever their government gives them as money. However, money does not need to come from the government. That’s a total misnomer that the average person has been hoodwinked into believing.

It would be similar to transporting yourself back in time and asking the average person in the Soviet Union, “Where do shoes come from?”. They would say, “Well, the government makes the shoes. Where else could they come from? Who else could make the shoes?”

It’s the same mentality here regarding money today—except it’s much more widespread. The truth is money doesn’t need to come from the government any more than shoes do. People have used stones, glass beads, salt, cattle, seashells, gold, silver, and other commodities as money at different times.

However, for over 2,500 years, gold has been mankind’s most enduring form of money. Gold didn’t become money by accident or because some politicians decreed it. Instead, it became money because countless individuals throughout history and across many different civilizations subjectively came to the same conclusion: gold is money. It resulted from a market process of people looking for the best way to store and exchange value.

So, why did they go to gold? What makes gold attractive as money? Here’s why.

Gold has a set of unique characteristics that make it suitable as money.

Gold is durable, divisible, consistent, convenient, scarce, and most importantly, the “hardest” of all physical commodities. In other words, gold is “hard to produce” relative to existing stockpiles and is the one physical commodity most resistant to inflation of its supply. That’s what gives gold its monetary properties.

Anyone can opt-out of CBDCs by using physical gold and silver to store and exchange value.

Physical gold is optimal for long-term savings and large transactions. The best way to do that is with widely recognized gold bullion coins, like the Canadian Gold Maple Leaf or the American Gold Eagle.

However, gold coins are generally inconvenient to use for small transactions. Silver coins are more practical here. 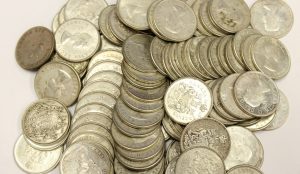 CBDCs and Bitcoin share some characteristics. For example, they are both digital and facilitate fast payments from a mobile phone. But that is where the similarities end.

The reality is that CBDCs and Bitcoin are entirely different in the most fundamental ways.

You need the government’s permission and blessing to use a CBDC, whereas Bitcoin is permissionless.

Governments can (and will) create as many CBDC currency units as they want. With Bitcoin, there can never be more than 21 million, and there is nothing anyone can do to inflate the supply more than the predetermined amount in the protocol.

Governments can censor transactions and freeze and confiscate CBDC units. Bitcoin is censorship-resistant. No country’s laws can affect the protocol.

There is no privacy with CBDCs. However, if you take specific steps with Bitcoin, it is possible to maintain reasonable privacy.

CBDCs are government money that are easy to produce and give politicians a terrifying amount of control over people’s lives. On the other hand, Bitcoin is non-state hard money that helps liberate individuals from government control.

Bitcoin enables anyone to be their own bank. Bitcoin allows you to send and receive value from anyone anywhere without relying on third parties.

If you avoid CBDCs, that will almost certainly mean avoiding the traditional financial system.

Knowing how to use Bitcoin in the most sovereign way possible will be essential.

Get to know the people in your local community.

If you avoid CBDCs, many of the conveniences of society will become unavailable.

You will probably be unable to shop at Walmart and large stores of any kind, as they will all be roped into the CBDC system.

You will have to become self-sufficient and rely on your local community to obtain what you need. And that starts with knowing who can provide you with the things you want and need.

The Amish are very successful in this regard.

I am not saying you must go 100% Amish to avoid CBDCs. But we can learn how their societies work outside the traditional system and emulate the areas that make sense in our local communities.

Humans invented money to solve the difficulties of barter.

But with CBDCs, governments will have perverted money from a technology that facilities economic exchange into a tool of enslavement. With CBDCs, barter doesn’t look all that bad.

The key is understanding what value you can provide to others in your local community and how you can exchange that for something you want.

To minimize the inconvenience of barter, it’s ideal to become as self-sufficient in as many areas as possible. That includes stockpiling supplies and gaining survival knowledge and skills.

If you already have what you need—or can produce it yourself—that reduces the need to get it from others.

Unfortunately, CBDCs—and all the terrible things that go along with them—are probably coming soon.

To summarize, here are five steps anyone can take to opt-out of this terrible system.

The world you once knew is OVER: 12 must-see predictions (and solutions) for 2023