Intermittent fasting is an eating pattern that cycles between periods of fasting and eating. It is said to promote weight loss, lower blood pressure and boost brain health, among others. But what does science actually say about intermittent fasting? 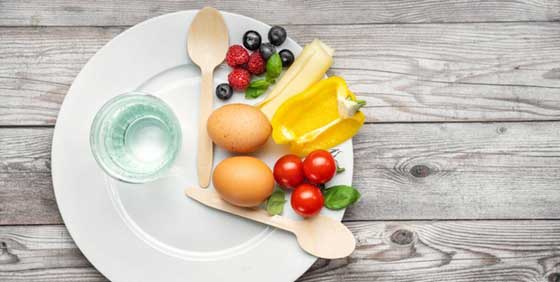 In a review published in The New England Journal of Medicine, neuroscientist Mark Mattson of Johns Hopkins Medicine and aging specialist Rafael de Cabo of the National Institute on Aging examined past studies on intermittent fasting to elucidate its science-backed benefits.

Mattson and de Cabo mentioned an array of animal and human studies that showed intermittent fasting supports cellular health, probably by triggering metabolic switching. This occurs when cells use up their stores of rapidly consumed, sugar-based fuel and begin converting fat into energy through a slower metabolic process. Known as an age-old adaptation to periods of food scarcity, metabolic switching improves blood sugar control, increases resistance to stress and suppresses inflammation.

Meanwhile, other studies found that intermittent fasting helps lower blood pressure, blood lipid levels and resting heart rate. There is also evidence suggesting that intermittent fasting could modify risk factors for obesity and Type 2 diabetes. In a pair of studies involving 100 overweight women, those on a 5:2 intermittent fasting – which requires consuming one moderate-sized meal for two days a week and eating normally for the rest – lost the same amount of weight as women on a low-calorie diet. At the same time, they experienced improvements in insulin sensitivity and greater reductions in belly fat.

Studies also suggest that eating patterns like intermittent fasting can help boost brain health. A study from the University of Toronto, for example, found that sticking to a calorie-restricted diet for two years helps improve memory.

Mattson and de Cabo acknowledged that more studies are needed to support the benefits of intermittent fasting on learning and memory. If these benefits are established, fasting could serve as a new intervention for delaying cognitive decline and dementia.

Mattson urged people to practice patience and ask guidance from physicians if they are struggling to fast. He noted that it normally takes time for the body to adjust and overcome the initial hunger pangs and irritability that come with fasting. “Patients should be advised that feeling hungry and irritable is common initially and usually passes after two weeks to a month as the body and brain become accustomed to the new habit,” he said.

How to do intermittent fasting

There are many ways to do intermittent fasting. Here are some of the most popular methods: 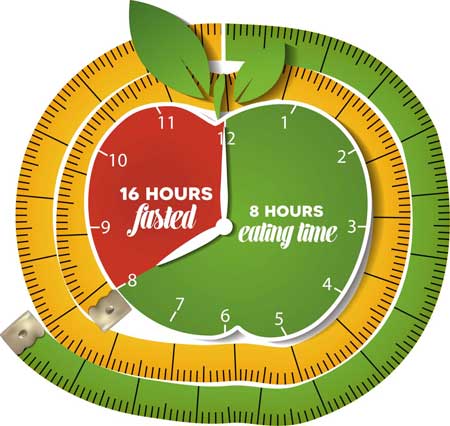 Intermittent fasting is extremely beneficial for health. It can boost brain health, improve blood sugar control and promote weight loss, among others.

A recent study from the Institute of Psychiatry, Psychology and Neuroscience (IoPPN) at King’s College London has established that Intermittent Fasting (IF) is an effective means of improving long term memory retention and generating new adult hippocampal neurons in mice, in what the researchers hope has the potential to slow the advance of cognitive decline in older people.

The study, published in Molecular Biology, found that a calorie restricted diet via every other day fasting was an effective means of promoting Klotho gene expression in mice. Klotho, which is often referred to as the “longevity gene” has been shown in this study to play a central role in the production of hippocampal adult-born new neurons or neurogenesis. Adult-born hippocampal neurons are important for memory formation and their production declines with age, explaining in part cognitive decline in older people.

The researchers split female mice into three groups; a control group that received a standard diet of daily feeding, a daily Calorie Restricted (CR) diet, and Intermittent Fasting (IF) in which the mice were fed every other day. The latter two groups were fed 10% less calories than the control.

Over the course of three months, the mice in the IF group demonstrated improved long-term memory retention compared to the other groups. When the brains of these mice were studied, it was apparent that the Klotho gene was upregulated, and neurogenesis increased compared to those that were on the CR diet.

Dr. Sandrine Thuret from King’s IoPPN said “We now have a significantly greater understanding as to the reasons why intermittent fasting is an effective means of increasing adult neurogenesis. Our results demonstrate that Klotho is not only required, but plays a central role in adult neurogenesis, and suggests that IF is an effective means of improving long-term memory retention in humans.”

Dr. Thuret’s previous work has demonstrated that calorie restricted diets in humans can improve memory function. That research showed that IF can enhance learning processes and could affect age associated cognitive impairment.

Dr. Gisele Pereira Dias from King’s IoPPN said “In demonstrating that IF is a more effective means of improving long term memory than other calorie-controlled diets, we’ve given ourselves an excellent means of going forwards. To see such significant improvements by lowering the total calorie intake by only 10% shows that there is a lot of promise.”

The researchers now hope to recreate this study with human participants in order to further explore the effects of IF.

Totalitarian politicians painting anti-vaxxers as enemies of the state

Are you constantly tired? Eating well and improving sleep quality will give you an…

The eightfold path of good character

The Madness of Doing: Are We Human Beings or Human Doings?