While artichokes feature a nutty, mild flavor when properly prepared, their interlocking leaves and armor-plated appearance convey the perception that they are the “tough customers” of the food world.

And, when it comes to defending your health, it turns out that artichokes really do live up to their intimidating appearance. These odd-looking members of the thistle family, botanically known as Cynara cardunculus var. scolymus, contain a roster of antioxidant compounds that help combat serious conditions such as heart disease, liver disease, and cancer. 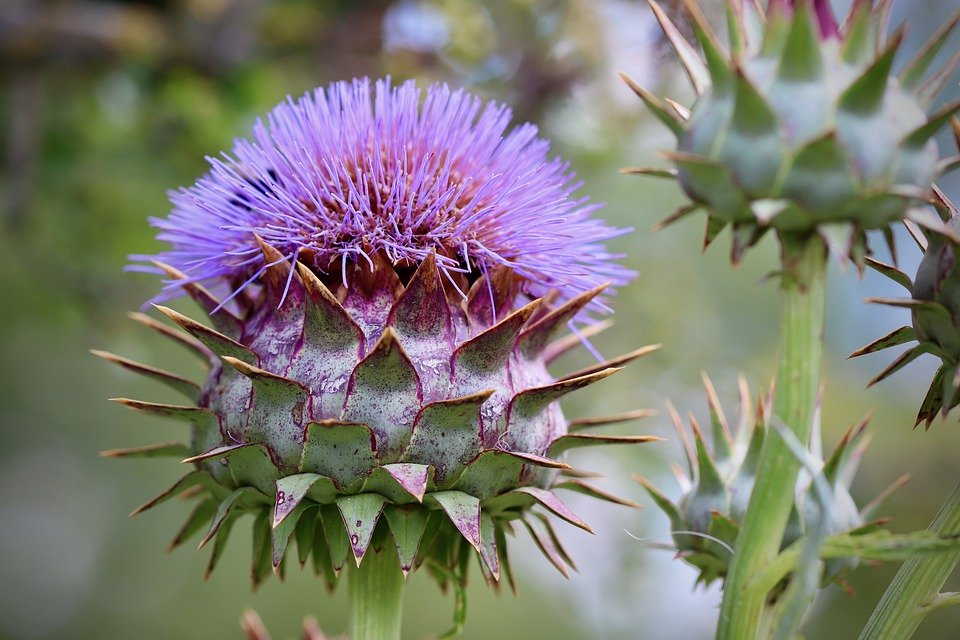 In a recent systematic analysis published in Critical Reviews in Food and Science Nutrition, the authors examined nine random controlled trials involving a total of 702 participants to evaluate the effects of artichoke extract on heart health. They concluded that artichoke extract did lower triglycerides and harmful LDL cholesterol – without decreasing levels of beneficial HDL cholesterol. Additional studies have shown that regular consumption of artichokes or artichoke extract may even increase HDL.

The secret could lie with artichokes’ extraordinarily high content of antioxidants, particularly luteolin. This compound not only allows the body to process cholesterol more effectively – but prevents its formation in the first place.

Artichokes also contribute to cardiovascular health with their generous amounts of vitamin K (a single medium-sized artichoke contains about 25% of the recommended daily intake). This important nutrient helps fight atherosclerosis by keeping calcium out of the blood vessels and in the bones.

In addition to possessing cholesterol-lowering effects, artichokes may help reduce high blood pressure (BP). One study of 98 hypertensive men shows modest decreases in BP from daily consumption of an artichoke extract. Not only are artichokes a good source of potassium – which also helps to lower blood pressure – but scientists report that they promote the activity of enzymes that widen and relax blood vessels.

Like their close relative, milk thistle, artichokes contain high levels of an antioxidant compound known as silymarin. Credited with the ability to both protect the liver and promote the regeneration of liver tissue, silymarin is advised by integrative doctors to treat non-alcoholic fatty liver disease or NAFLD. For example, in one clinical study, 600 mg of artichoke extract a day led to improved liver function for NAFLD patients.

The benefits of artichokes don’t stop there. An artichoke constituent known as cyanin stimulates bile production, speeding up digestion and the breakdown of fats. In fact, an integrative doctor may recommend artichokes or artichoke extract to treat flatulence, bloating, nausea, heartburn, and irritable bowel syndrome (IBS). In one older – but still influential – study, 96% of patients with irritable bowel syndrome rated artichoke extract as “better than or … equal to” their previously prescribed medications in easing IBS symptoms. The researchers characterized the extract as both well-tolerated and safe and called for further study.

While human studies on artichokes and cancer are limited, early laboratory and animal research seems to support their value as a cancer-fighting nutrient. A list of the antioxidants contained in artichokes reads like a “Who’s Who” of healthful substances – and includes rutin, quercetin, silymarin, gallic acid, and cyanin. These compounds help prevent the oxidative stress that can trigger the development of cancer.

And, in a cell study published in the International Journal of Environmental Research and Public Health, the scientists noted that chlorogenic acid, cynaropricin, and caffeolquinic acids in artichoke leaf extract had “marked” effects on the vitality of colon cancer cells. In some cases, they were able to induce apoptosis, the pre-programmed death, of cancer cells. Thus, the team credited artichoke leaf extract with potential chemotherapeutic effects.

In addition, consumption of dietary fiber has been linked in studies with lowered risk of certain types of cancer. One cooked medium-sized artichoke features a generous 6.8 grams of soluble and insoluble fiber.

At a modest 60 calories apiece, artichokes provide a lot of nutritional “bang for the buck.” These tasty thistles are also a good source of plant-based protein – with a medium cooked artichoke containing 3.5 grams – and provide healthy amounts of antioxidant vitamin C, B vitamins, and the bone-building minerals phosphorus, magnesium, and calcium.

Artichoke extracts are also available, with typical amounts ranging from 300 to 640 mg three times a day. However, check first with your integrative physician before supplementing, and make sure to select a high-quality supplement from a reputable vendor.

Artichokes can be prepared by boiling, roasting, steaming, or even breading and stuffing. Serve the tender hearts in salads, atop pizzas, or in dips and spreads – but first, spoon out the “choke” (the spiny, bristly material at the top of the heart) and toss it.

Artichokes have long been a part of the heart-healthy Mediterranean diet. But there’s no reason not to make them a regular part of yours (if you haven’t already).

Cracks appear in the BEAST system. “Half of Americans have natural immunity”