New research published in the journal Vascular Pharmacology shows that a molecule found in Nigella sativa, also known as black seed or black cumin, binds to ACE2 receptors in the lungs, potentially stopping spike protein particles from inducing inflammation and vascular damage. The molecule is being studied for possible drug development. 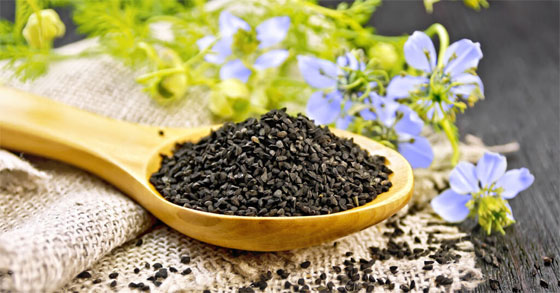 Researchers out of India investigated the effects of nigellidine, an indazole alkaloid of black seed, using molecular docking for binding to different angiotensin-binding proteins, as well as the spike glycoprotein. They found that nigellidine “strongly binds” to the spike protein at what is known as the hinge region or active site opening, which may in turn hamper its binding to ACE2 receptor surfaces.

Nigellidine is being researched as a possible drug candidate that will require further research to understand its full applications in human health.

This process of ACE blocking could, the study goes on to suggest, restore angiotensin levels and restrict vasoturbulence, while the receptor blocking could help to stop resulting inflammation and vascular impairment.

Other research is also being conducted on nigellidine as a candidate for treatment. This related study is titled “The Revelation of Various Compounds Found in Nigella sativa (Black Cumin) and Their Possibility to Inhibit Infection Based on the Molecular Docking and Physical Properties.”

As that study explains:
“In the present study, using molecular docking, we have identified possible protease inhibitors … by the molecules present in Nigella sativa L. (black cumin), which is a reputed healing herb extensively used for processing Ayurvedic and Unani remedies. Herein, we perform molecular docking and study of various physical properties/descriptors of four derivatives of thymoquinone found in the essential oil of the said seeds and they are compared with the docking results of chloroquine to determine its potential against … infection.”

In a related study that was published last year in the journal Europe PMC, researchers learned that nigellidine may potentially inhibit infection in several other ways.

It was discovered early on that some people may suffer “cytokine storms,” in which their immune systems are over-responding and causing more damage, or even death.

Nigellidine was then studied and discovered to possess certain properties that may inhibit cytokine storms, as well as impede infection, potentially making it an ideal drug candidate for further research. It is also hepato- and reno-protective, meaning it may help protect against liver and kidney damage.

Beyond this, nigellidine was determined to possess unique immunomodulatory and anti-inflammatory characteristics, as well as antioxidant potential strong enough to inhibit some pathogenic proteins.

In their quest to uncover possible “drug” candidates to protect patients against hyper-inflammation and other associated problems, the researchers learned that nigellidine may help with preventing negative side effects.

Along with nigellicine, nigellidine is found in the seed coat of Nigella sativa. Both of these constituents in their sulfated forms are extremely bioavailable, and along with thymoquinone and dithymoquinone, two other black seed components, they show strong antioxidant, antibacterial, anti-hypertensive, anti-inflammatory and immunomodulatory effects that may be found useful with further clinical research.

“Vasorelaxant and anti-hypertensive function of [black seed] helps in the modulation of renin angiotensin system (RAS) or the diuretic activity, which is one of the major targets. It might have great protective role during post infective secondary disorder of the peripheral vasculature namely cardiac and renal systems. In most of the instances patients die due to this organ dysfunction/failure,” the study says.

Other studies have found that intake of Nigella sativa significantly improves the parameters of blood sugar metabolism, as well as glycated hemoglobin. Based on this, experts believe that nigellidine specifically could play an important role by “docking” to the proteins and inflammatory molecules that can cause a cytokine storm – mainly TNF-⍺ receptors such as TNF-R1, TNF-R2 and IL-1R.

“In the experimental rat model the source of this drug Nigella sativa; black cumin seed extracts were tested for its role on antioxidant, hepatic and renal status,” the paper states.

“In the current study, we have decisively shown by molecular modeling that nigellidine can bind in the active sites of several important proteins… several host receptors [for] inflammatory markers IL1, IL6, TNF-⍺. Moreover, the extract from black cumin seed has been shown in experimental rat to be highly antioxidative, hepato- and reno-protective. Further studies are necessary to verify the potential effects of nigellidine in in vivo laboratory experimental animal model.”