Along with the question, “Where do babies come from?” perhaps one of the most common questions children ask is “Why is the sky blue?”

When you consider that blue is one of the rarest colors found in nature, it’s interesting that the sky, the most prominent natural expanse in the world just occurs to be blue. And why is it that blue is so rare? According to scientists, it’s because blue is the hardest color to produce for plants. And yet, apparently, when bees look at flowers, they see a lot more blue than we do. 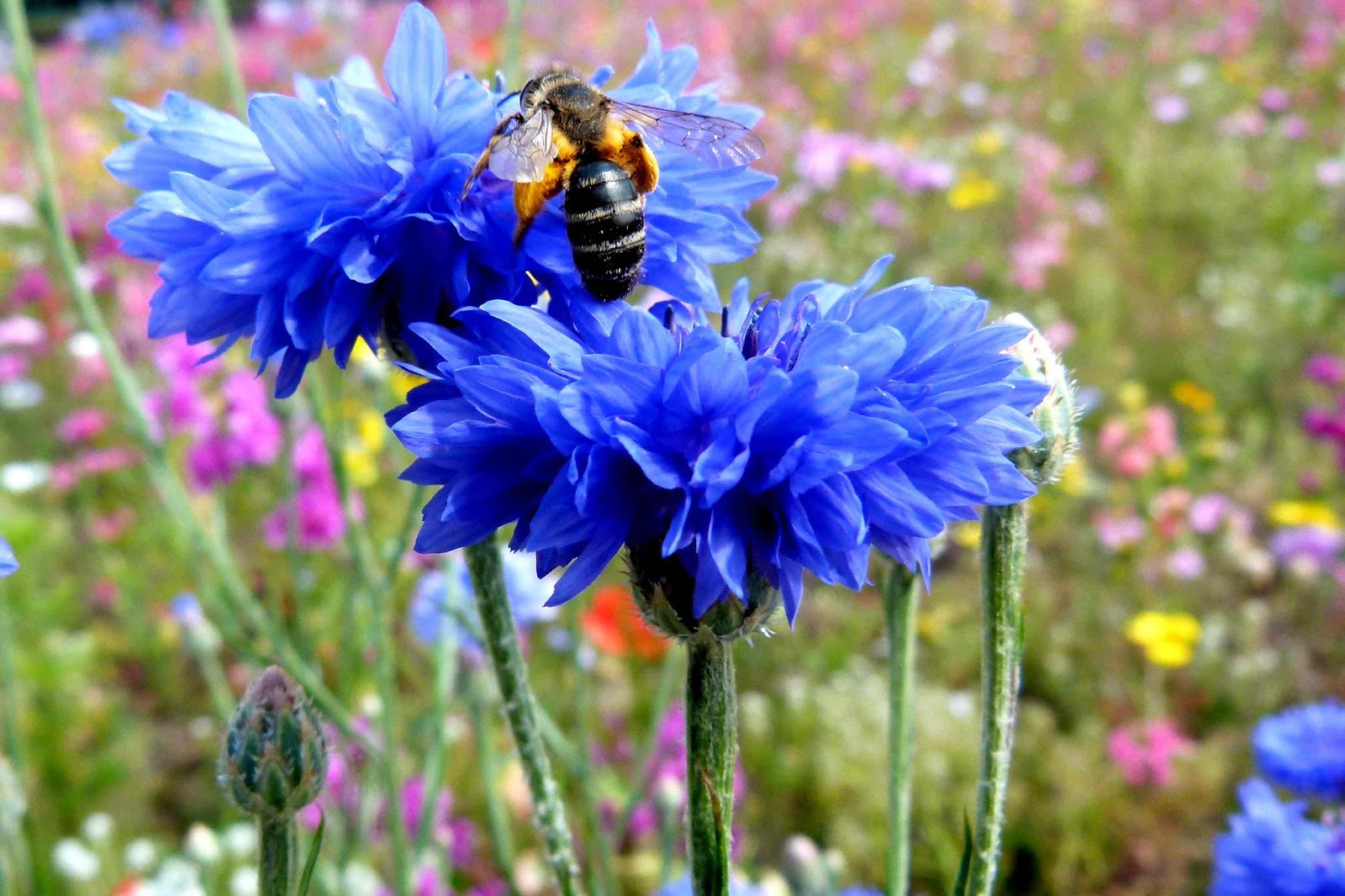 In ancient Egypt, they found blue flowers, like the lotus, fascinating. Blue was a favorite color in Egyptian decorating, using a synthetic pigment to add this entrancing color to everything from vases to jewelry. Now known as Egyptian blue, it also adorned the famous mask of Tutankhamun.

While blue is now common, the origins of the blue dye we use today originated in another ancient civilization, Peru. Indigoid dye was first used as far back as 6000 years ago, and in the 16th, century appeared in Europe via India. This created an important commodity in the plants used for the dyes as everyone wanted to be seen in this highly fashionable color. So why do we love blue?

Blue skies along with clear blue waters loom large in our lives and represent calm and peace in nature. However, scientists say it is rare to find blue in flowering plants comparatively speaking. In fact, only plants that depend on bees and insects for pollination produce blue flowers. While pollinating plants produce many different flower colors, there isn’t a single non-pollinating plant that produces blue flowers.

According to scientists, blue flowers developed to improve pollination efficiency. While humans perceive color using their eyes and brain, bees see colors differently. Their photoreceptors are sensitive to ultraviolet, blue, and green wavelengths, with a partiality to blues. While scientists aren’t sure why this is, nature has taken advantage of the fact and produced blue flowers in areas where competition for bees is tough.

Blues don’t like stressful environments but thrive in isolated areas like the Himalayas. It could be because it is so remote, the flowers need to up their game to attract the few bees and insects that make it up that high. Since bees are attracted to blue, it makes sense plants use blue flowers to increase their success for pollination.

When looking at urban environments, we can take the time to create bee-friendly gardens to assist bees and pollinating insects in their work. By using more blue flowers, we can enjoy the pleasant color while helping make the job of pollination easier. The more we can attract and keep bees and other insects in the pollinating business, the better off the planet. We help create a more sustainable regions and in turn a more sustainable society and world. So this year aim to plant more blue flowers in your gardens and pots and provide a friendly place for pollinating insects to flourish.

Scientific “proof” is a myth: the limitations of science and the medical paradigm (1)