Here are five of nature’s greatest gifts for maintaining healthy, youthful skin and fighting the pernicious effects of aging. Even those who may have won the genetic lottery or have unlimited amounts of money to spend on skincare are not exempt from the natural effects of aging. 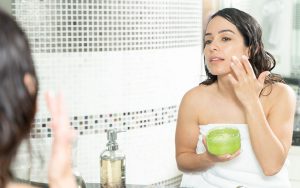 But while the beauty industry is bent on spending a fortune aiming to convince people of the supreme wonders of chemical peels, Botox injections and serums, there’s an entire world of natural solutions to slow the effects of aging.

Ditch the expensive creams and peels for now and explore these natural remedies that may help you delay or manage the signs of aging skin.

Aloe vera is an established topical skin remedy but is also often added to fruit juice or smoothies in gel form. A 2009 study found that taking aloe orally reduced facial wrinkles. Thirty healthy women over age 45 took aloe vera gel as a supplement, with one group taking a low dose of 1,200 milligrams (mg) a day and another taking a high dose of 3,600 mg a day.

A separate study suggested that continued intake of aloe sterol contributed to maintaining healthy skin, as shown in “statistical differences” in areas like skin moisture, skin elasticity and collagen score. 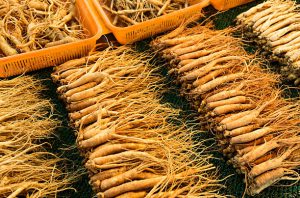 In Korea, 82 healthy women over age 40 took part in a double-blind, placebo-controlled study. Every day they received either a placebo or 3 grams (g) of an herbal mixture with red ginseng extract.

After measuring facial wrinkles, elasticity, water content, red patches and pigmentation, the researchers found that facial wrinkles significantly improved in the red ginseng extract group. A number of biochemical markers of wrinkle damage also improved. “These results substantiate the alleged beneficial effects of red ginseng on photoaging and support its use as an effective ‘beauty food,’” the authors wrote.

Soy extract appears to rejuvenate the structure of mature skin. In a placebo-controlled in vivo study, topically applying an isoflavone-containing emulsion significantly flattened the dermal-epidermal junction, considered the most reproducible structural change in aged skin.

Data from separate research seemed to confirm the findings above, indicating that orally taking 40 mg of soy isoflavone aglycones per day improved the aged skin of middle-aged women.

In a 2007 double-blind, 12-week study, a moisturizer containing compounds found in soy was found to be safe and effective in preventing photoaging. The moisturizer with stabilized soy extracts can be used to ameliorate overall skin tone and texture attributed to photoaging, the authors noted.

A 2012 study comprising 112 women found pine bark extract to be safe and effective in substantially improving skin color and decreasing pigmentation of age spots caused by mild to moderate photoaging.

Japanese researchers divided the subjects into two groups, the first receiving 100 mg of pine bark extract each day and the second getting only 40 mg. The subjects received the standardized extracts known as Pycnogenol®, found to significantly improve hydration and elasticity of the participants’ skin.

Pycnogenol also significantly increased the activity of an enzyme that’s important in the synthesis of hyaluronic acid, which then increases skin moisture and minimizes the appearance of wrinkles. It also affected genes involved in creating new collagen.

Astaxanthin is a carotenoid derived from microalgae, found in studies to mitigate skin photoaging and age-related skin diseases through its antioxidant and anti-inflammatory properties. A meta-analysis found that ingesting or topically using astaxanthin may be effective in reducing skin aging and improving moisture and elasticity, therefore providing promising cosmetic applications.

In a 2018 review, the carotenoid was also found to prevent UV-induced inflammation, wrinkling and skin pigmentation after exposure to ultraviolet radiation, which can cause significant damage to skin tissue.