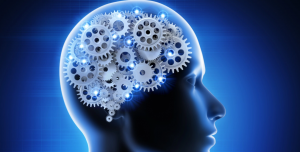 A syllogism is a kind of logical argument that applies deductive reasoning to arrive at a conclusion based on two propositions that are asserted or assumed to be true. (“All men are mortal. Socrates is a man. Therefore, Socrates is mortal.”) Syllogisms can be valid or invalid, depending on whether the conclusion follows logically from the premises. Importantly, the validity of a syllogism depends on the form of the argument, not on the truth of the premises.

“I have always been interested in the psychology behind political opinions and how people judge whether a politically laden statement is true or false. Studying the ability to identify logically valid conclusions on policy issues felt particularly important in the supposedly post-truth world we live in,” explained study author Julie Aspernäs, a PhD Student at Linköping University in Sweden.

The new study included a nationally representative sample of 1,005 Swedish adults. The participants first completed a brief training session to familiarize themselves with syllogisms. They were then shown a series of syllogisms and were asked to indicate whether the conclusion logically followed from the premises. The participants were explicitly instructed to disregard any beliefs about the content of the syllogisms and focus only on whether the argument was logically valid.

The findings indicate “that your judgment is likely tainted by a desire to believe what you want to believe,” Aspernäs told PsyPost. “Many of us would benefit from a greater ability to detect conclusions that rest on flawed argumentation.”

Aspernäs noted that ideology appears to interfere with logical reasoning regardless of whether a person holds right-wing or left-wing beliefs. “I would like to emphasize that we found flawed reasoning on both sides of the political spectrum, and that most of us engage in motivated reasoning from time to time albeit to varying extent,” she said.

Financial Collapse Is a Mathematical Certainty: The Perfect Storm Threatening the Dollar Hedgemony (2)