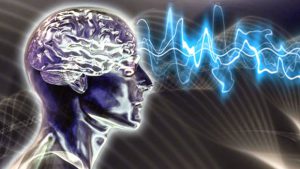 U.S. scientists have achieved the previously unthinkable task of remotely controlling the brains of living beings. The beings, in this case, are genetically engineered fruit flies and the neurons responsible for causing the flies to spread their wings.[1] But this is only the beginning.

The Pentagon’s Defense Advanced Research Projects Agency (DARPA), which has a long history of surveillance, is working with the National Science Foundation (NSF) on a project to develop a headset that can read your brain’s neural activity and “write,” or encode, it to someone else’s brain, leading to brain-to-brain communication.[2]

At least one researcher — Jacob Robinson — working on the program, known as Magnetic, Optical, Acoustic Neural Access (MOANA), is part of the team that figured out how to tap into and control the brains of flies,[3] signaling that such technology is being tapped for uses far beyond the manipulation of fly wings.

In a study published in the journal Nature Materials,[4] Rice University neuroengineers, and colleagues from Rice University, Duke University, Brown University and Baylor College of Medicine, used magnetic nanoparticles to activate neurons in fruit flies, causing them to alter their wing position. In a Rice University news release, Robinson, an associate professor in electrical and computer engineering at Rice, explained:[5]

“Remote control of select neural circuits with magnetic fields is somewhat of a holy grail for neurotechnologies. Our work takes an important step toward that goal because it increases the speed of remote magnetic control, making it closer to the natural speed of the brain.”

The team used genetic engineering to express an ion channel in the flies’ neuronal cells that is activated by heat. Magnetic nanoparticles that become heated when a magnetic field is applied were injected into the flies, which were then placed in an enclosure with an electromagnet on top. When exposed to heat, the flies partially spread their wings, as shown in the video above, which is part of their natural mating routine.

“By changing the magnet’s field in a specified way, the researchers could heat the nanoparticles and activate the neurons. An analysis of video from the experiments showed flies with the genetic modifications assumed the wing-spread posture within approximately half a second of the magnetic field change,” according to Rice University.[6] This represents a speed that’s about 50 times faster than previous technology was able to stimulate genetically defined neurons.[7]

Ultimately, the team is focused on developing brain communication technology for humans, including technology that could help people to see even if their eyes don’t physically function by stimulating brain areas associated with vision. Robinson said:[8]

“The long-term goal of this work is to create methods for activating specific regions of the brain in humans for therapeutic purposes without ever having to perform surgery. To get to the natural precision of the brain we probably need to get a response down to a few hundredths of a second. So there is still a ways to go.”

There is certainly immense potential to use neuroengineering to positively influence human health. But there’s also immense potential for such technology to be abused, especially in the hands of an agency like DARPA.

DARPA is the agency that managed Total Information Awareness (TIA), a program that sprung up after the 9/11 attacks that was seeking to collect Americans’ medical records, fingerprints and other biometric data, along with DNA and records relating to personal finances, travel and media consumption.[9]

They also worked on the development of an injectable biosensor with its maker, Profusa.[10] The sensor allows a person’s physiology to be examined at a distance via smartphone connectivity. Profusa is also backed by Google, the largest data mining company in the world.

The implant is the size of a grain of rice and connects to an online database that will keep track of changes in your biochemistry and a wide range of biometrics, such as heart and respiratory rate and much more.

A DARPA-backed study is also underway to measure early signs of influenza via the biosensor technology. The injectable sensors will be used to measure physiological statuses to reveal not only indicators of human response to infection but also “exposure to disease in healthy volunteers.”[11]

A wireless patch that measures tissue oxygen levels would also be used, sending information to a mobile device for real-time data. According to Profusa, the biosensors may detect disease outbreaks, biological attacks and pandemics up to three weeks earlier than current methods.[12] It would seem, however, that in order for such sensors to work on a widespread scale, extensive adoption would be required.

Further, many suspect Facebook is the public-friendly version of DARPA’s Lifelog, a database project aimed at tracking the minutiae of people’s entire existence for national security surveillance purposes.[13] The Pentagon pulled the plug on Lifelog February 4, 2004, in response to backlash over privacy concerns.[14] That same day, Facebook was launched.[15]

In 2021, DARPA funded Rice University’s MOANA project, which is creating a dual-function wireless headset that can “read” and “write” brain activity. The headset will use light to decode neural activity in one brain and then, similar to the fruit fly study, use magnetic fields to write that activity in another brain. The goal is for the brain-to-brain communication to occur in less than one-twentieth of a second.[16]

DARPA also funded the team’s proof-of-principle study in 2018, which was intended to prove that information could be transmitted through a skull and stimulate activity of brain cells in a petri dish. Robinson explained:[17]

“What we’ve shown is that there is promise. With the little bit of light that we are able to collect through the skull, we were able to reconstruct the activity of cells that were grown in the lab. Similarly, we showed we could stimulate lab-grown cells in a very precise way with magnetic fields and magnetic nanoparticles.”

The next phase of the study entails demonstrating the technology in rodents and, if successful, moving on to humans within two years, although human tests could begin as soon as 2022.[18]

“Most immediately, we’re thinking about ways we can help patients who are blind,” Robinson said in a news release. “In individuals who have lost the ability to see, scientists have shown that stimulating parts of the brain associated with vision can give those patients a sense of vision, even though their eyes no longer work.”[19] DARPA, however, likely has other plans for the mind control technology.

WEF Has Consciousness Control on the Agenda

DARPA has ties to the World Economic Forum (WEF),[20] which tweeted in 2018, “Mind control using sound waves. We ask a scientist how it works.”[21] In the related 2018 article, which has since been scrubbed from the internet but is preserved by the Internet Archive,[22] “noninvasive neuromodulation” was touted as a “new era of health care” by WEF. 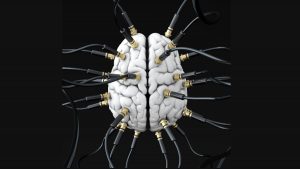 “But what happens if this technique for altering our brain waves escapes regulation and falls into the wrong hands? Imagine a dictatorial regime with access to the tricks and tools to change the way its citizens think or behave.”

In an interview with Antoine Jerusalem, a professor of engineering science at Oxford University, the WEF article describes controlling neuronal activity in the brain by directing mechanical vibrations to a certain region. While it’s stated that this process hasn’t yet been fine-tuned, Jerusalem said, “I can see the day coming where a scientist will be able to control what a person sees in their mind’s eye, by sending the right waves to the right place in their brain.”[24]

The article then makes the case that, since somebody is going to harness this form of consciousness control, it might as well be WEF — “If we want to lead that dance 10 years from now, we need to start researching today … Politicians should remember that if we don’t do it, then somebody somewhere will do it anyway… potentially unregulated.”25

Klaus Schwab, owner and chairman of WEF (WEF), speaks openly about transhumanism as part of The Great Reset, and transhumanist Dr. Yuval Noah Harari, a top adviser to Schwab, admits data might enable human elites to do more than “just build digital dictatorships.”

“By hacking organisms,” Harari said, “elites may gain the power to re-engineer the future of life itself. Because once you can hack something, you can usually also engineer it.”[26] Soon, he says, some corporations and governments will be able to “systematically hack all the people.” And if they succeed in hacking life, he describes it as the “greatest revolution in biology since the beginning of life 4 billion years ago.” According to Harari:[27]

Once human life is hacked, the hackers will maintain control over life itself — a process that has been accelerated by the pandemic. After all, Harari said, “It’s often said that you should never let a good crisis go to waste.”[28]

Surveillance is a key part of the plan for global totalitarian control, and Harari says that in 100 years, people will be able to look back and identify the COVID-19 pandemic as the moment when a new regime in surveillance took over — “especially surveillance under the skin.”[29]

While I don’t believe that technology has advanced to the point that implantable microchips are being used as brain-machine interfaces to control your thoughts, scientists are clearly working toward this as an end goal, one fruit fly at a time.