Most of all, use your power to nullify anything and everything the government does that undermines the freedom principles on which this nation was founded.

The modus operandi of the Deep State, the Neocons, the New World Order, the shadowy government, and even the Khazarian Cult, is to destroy the moral and political order around the world—the very order which binds arguably everyone on this planet together. 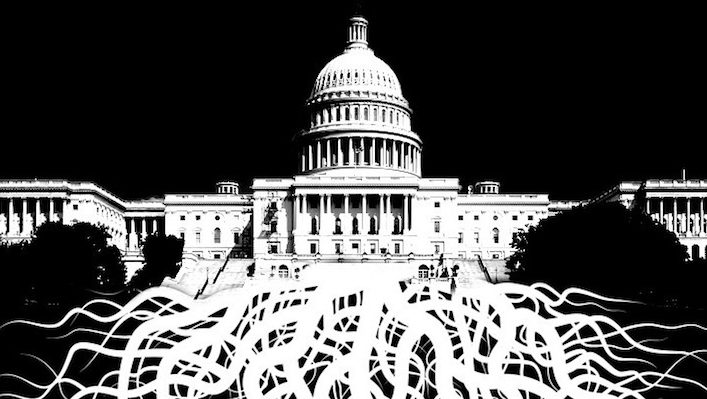 The representatives of the Deep State, the New World Order and the Khazarian Cult wrap themselves around what one ought to call a Luciferian ideology, and no amount of rational discourse can discourage them from pursuing that ideology. If you think this is farfetched, then look again what happened when they destroyed Iraq and sent a six-trillion-dollar bill to the American people. [1]

What is so shocking about all of this is that the representatives of the Deep State, the New World Order and the Khazarian Cult is that they don’t think that they owe anyone an apology for the disasters they have created virtually all over the world.

For example, when Iraq turned out to be a complete mess, Jonah Goldberg—author of Liberal Fascism: The Secret History of the American Left, From Mussolini to the Politics of Change and The Tyranny of Clichés: How Liberals Cheat in the War of Ideas—declared in the LA Times that “Iraq Was a Worthy Mistake”! [2] What about literally sodomizing young boys at Abu Ghraib? What about the deaths of millions of innocent American and Palestinian lives?

Well, those disasters mean nothing to Goldberg at all. And after Iraq was completely destroyed, the same Jonah Goldberg went to write one dumb article after another about why Obama needed to support the so-called Syrian rebels (terrorists) in Syria in order to overthrow the Syrian government.[3]

What we are seeing here is that Ayatollah Khomeini was certainly referring to the diabolical activities of the New World Order which ended up invading the American political system when he said:

“There is no crime America will not commit in order to maintain its political, economic, cultural, and military domination of those parts of the world where it predominates. It exploits the oppressed people of the world by means of the large-scale propaganda campaigns that are coordinated for it by international Zionism.

By means of its hidden and treacherous agents, it sucks the blood of the defenseless people as if it alone, together with its satellites, had the right to live in this world. Iran has tried to sever all its relations with this Great Satan and it is for this reason that it now finds wars imposed upon it.”[4]

“International Zionism” is an appropriate description of what was going on then. The United States and England had already overthrown a democratically elected president in Iran in 1953, and both countries were expanding aggressively in the Middle East to keep a diabolical empire alive and well.

Khomeini obviously lit up a prophetic fire which again is still relevant today. “International Zionism” is still sucking the blood of virtually every nation on earth through covert activities, espionage, and deceptive means.[5] And by metaphysically rejecting the moral and political order and embracing chaos and destruction, international Zionism has essentially become Satanism.

So, what can we do to fight the manifestation of Satanism? Are there some personal steps we all can take? John W. Whitehead has some solutions.

It is time to recalibrate the government.

For years now, we have suffered the injustices, cruelties, corruption and abuse of an entrenched government bureaucracy that has no regard for the Constitution or the rights of the citizenry. 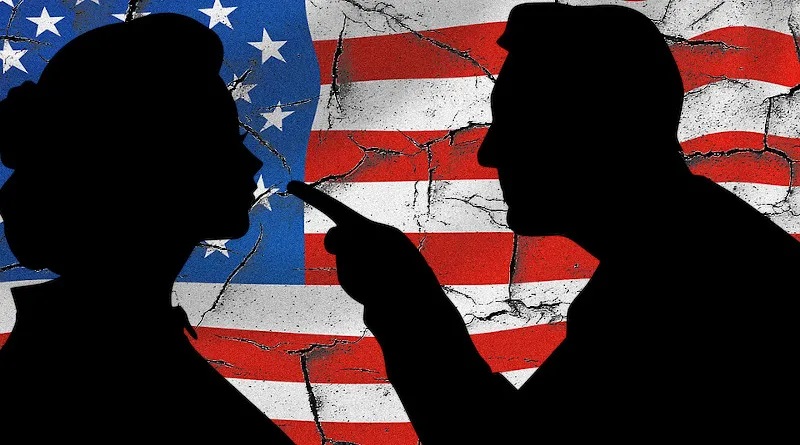 By “government,” I’m not referring to the highly partisan, two-party bureaucracy of the Republicans and Democrats. Rather, I’m referring to “government” with a capital “G,” the entrenched Deep State that is unaffected by elections, unaltered by populist movements, and has set itself beyond the reach of the law.

We are overdue for a systemic check on the government’s overreaches and power grabs.

We have lingered too long in this strange twilight zone where ego trumps justice, propaganda perverts truth, and imperial presidents—empowered to indulge their authoritarian tendencies by legalistic courts, corrupt legislatures and a disinterested, distracted populace—rule by fiat rather than by the rule of law.

Where we find ourselves now is in the unenviable position of needing to rein in all three branches of government—the Executive, the Judicial, and the Legislative—that have exceeded their authority and grown drunk on power.

This is exactly the kind of concentrated, absolute power the founders attempted to guard against by establishing a system of checks of balances that separate and shares power between three co-equal branches: the executive, the legislative and the judiciary.

“The system of checks and balances that the Framers envisioned now lacks effective checks and is no longer in balance,” concludes law professor William P. Marshall. “The implications of this are serious. The Framers designed a system of separation of powers to combat government excess and abuse and to curb incompetence. They also believed that, in the absence of an effective separation-of-powers structure, such ills would inevitably follow. Unfortunately, however, power once taken is not easily surrendered.”

Unadulterated power in any branch of government is a menace to freedom.

There’s no point debating which political party would be more dangerous with these powers.

The fact that any individual—or branch of government—of any political persuasion is empowered to act like a dictator is danger enough.

So what we can do to wrest back control over a runaway government and an imperial presidency?

It won’t be easy.

We are the unwitting victims of a system so corrupt that those who stand up for the rule of law and aspire to transparency in government are in the minority.

This corruption is so vast it spans all branches of government: from the power-hungry agencies under the executive branch and the corporate puppets within the legislative branch to a judiciary that is, more often than not, elitist and biased towards government entities and corporations.

We are ruled by an elite class of individuals who are completely out of touch with the travails of the average American.

We are viewed as relatively expendable in the eyes of government: faceless numbers of individuals who serve one purpose, which is to keep the government machine running through our labor and our tax dollars. Those in power aren’t losing any sleep over the indignities we are being made to suffer or the possible risks to our health. All they seem to care about are power and control.

We are being made to suffer countless abuses at the government’s hands.

We have little protection against standing armies (domestic and military), invasive surveillance, marauding SWAT teams, an overwhelming government arsenal of assault vehicles and firepower, and a barrage of laws that criminalize everything from vegetable gardens to lemonade stands.

In the name of national security, we’re being subjected to government agencies such as the NSA, FBI and others listening in on our phone calls, reading our mail, monitoring our emails, and carrying out warrantless “black bag” searches of our homes. Adding to the abuse, we have to deal with surveillance cameras mounted on street corners and in traffic lights, weather satellites co-opted for use as spy cameras from space, and thermal sensory imaging devices that can detect heat and movement through the walls of our homes.

That doesn’t even begin to touch on the many ways in which our Fourth Amendment rights are trampled upon by militarized police and SWAT teams empowered to act as laws unto themselves.

In other words, freedom—or what’s left of it—is threatened from every direction. 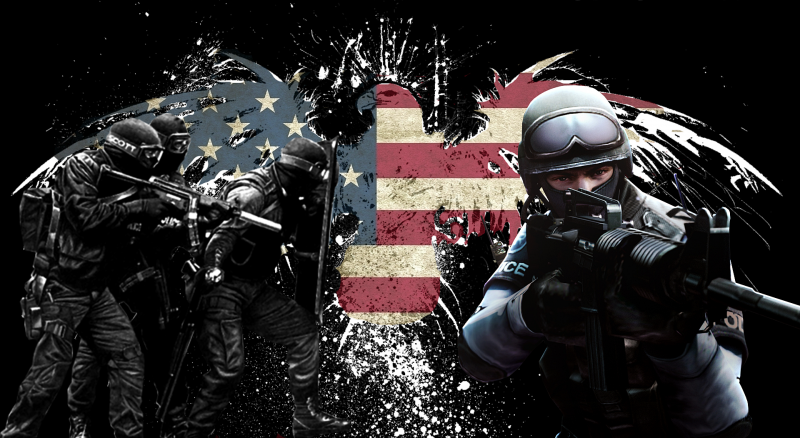 The predators of the police state are wreaking havoc on our freedoms, our communities, and our lives. The government doesn’t listen to the citizenry, it refuses to abide by the Constitution, which is our rule of law, and it treats the citizenry as a source of funding and little else. Police officers are shooting unarmed citizens and their household pets. Government agents—including local police—are being armed to the teeth and encouraged to act like soldiers on a battlefield. Bloated government agencies are fleecing taxpayers. Government technicians are spying on our emails and phone calls. Government contractors are making a killing by waging endless wars abroad.

In other words, the American police state is alive and well and flourishing.

Nothing has changed, and nothing will change unless we insist on it. Clearly, our leaders have stopped listening to the American people.

We are—and have been for some time—the unwitting victims of a system so corrupt that those who stand up for the rule of law and aspire to transparency in government are in the minority. This corruption is so vast it spans all branches of government—from the power-hungry agencies under the executive branch and the corporate puppets within the legislative branch to a judiciary that is, more often than not, elitist and biased towards government entities and corporations.

We are ruled by an elite class of individuals who are completely out of touch with the travails of the average American. We are relatively expendable in the eyes of government—faceless numbers of individuals who serve one purpose, which is to keep the government machine running through our labor and our tax dollars.

What will it take for the government to start listening to the people again?

How to do this? It’s not rocket science.

There is no 10-step plan. If there were a 10-step plan, however, the first step would be as follows: turn off the televisions, tune out the politicians, and do your part to stand up for freedom principles in your own communities.

Stand up for your own rights, of course, but more importantly, stand up for the rights of those with whom you might disagree. Defend freedom at all costs. Defend justice at all costs. Make no exceptions based on race, religion, creed, politics, immigration status, sexual orientation, etc. Vote like Americans, for a change, not Republicans or Democrats.

Most of all, use your power—and there is power in our numbers—to nullify anything and everything the government does that undermines the freedom principles on which this nation was founded.

Don’t play semantics. Don’t justify. Don’t politicize it. If it carries even a whiff of tyranny, oppose it. Demand that your representatives in government cut you a better deal, one that abides by the Constitution and doesn’t just attempt to sidestep it.

That’s their job: make them do it.

As I make clear in my book Battlefield America: The War on the American People, all freedoms hang together. They fall together, as well.

What to eat to defend your heart

The US is about to become a “digital dictatorship”