Those of us who have children can likely remember the incredible excitement we felt the day the pregnancy test came back positive. Sadly, that joy eludes many desperate couples. The Centers for Disease Control and Prevention (CDC) confirms that 12.1 percent of women in the U.S. face fertility issues, with virtually all of them – 12 percent – eventually turning to some kind of infertility service for help. 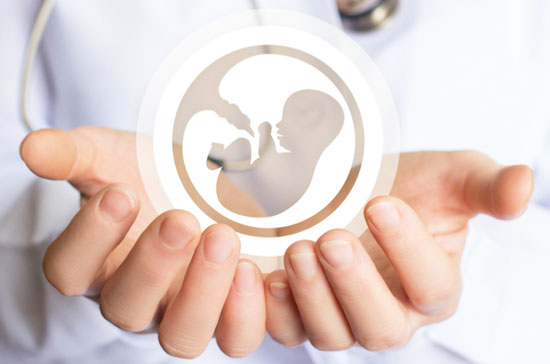 Though some sources claim that infertility rates have dropped over the last three decades, this is largely due to the increased access to contraceptive services like IVF. Many reputable sources insist that infertility is definitely on the rise.

For the most part, scientists are baffled about what could be causing this increase, but an interesting new study out of Harvard University might have the answer: Exposure to pesticides may be causing – or at least contributing to – the drop in fertility rates.

Many women hoping to get pregnant diligently increase their intake of fruit and veggies, knowing that they are nutritional powerhouses. What they may not realize, however, is that the amazing benefits of fresh produce can be severely undermined by the poisonous pesticides they are coated in.

The Harvard research team set out to discover the impact of fresh produce on women undergoing fertility treatment. They discovered that women who ate more of the types of produce that are doused in greater quantities of chemicals – including spinach and strawberries – were less likely to fall pregnant and/or to eventually deliver a healthy baby.

Pesticides have already been linked to other seriously negative health outcomes, including cancer, and this study indicates there is also a clear link between increased pesticide exposure and reduced fertility rates.

The Daily Mail reported on the study’s findings:
“This study found that women being treated for infertility who ate more highly pesticide-contaminated fruits and vegetables were 18 percent less likely to get pregnant than those who ate fewer of these kinds of foods.

If women with higher intakes of pesticides did get pregnant, they were still 26 percent less likely to give birth to a live baby.

Jorge Chavarro, the study’s lead author, warned that no amount of washing gets rid of these pesticides.

This is particularly true of the ‘dirty dozen’ the 12 fruits and veggies that are most contaminated with pesticides. According to the Environmental Working Group, these are: strawberries, spinach, nectarines, apples, peaches, celery, grapes, pears, cherries, tomatoes, sweet bell peppers and potatoes.

Chavarro believes that other, cleaner, fruit and vegetables might not pose as much of a problem, but strongly advises switching to organic versions of the more contaminated types mentioned above.”

The peace of mind is well worth the additional expense for couples trying to fall pregnant. And for those who want to save money, there are many options available for growing your own delicious, non-GMO, organic produce at home.

On a side note, those who are trying for a baby may be interested in the results of another study into the causes of infertility, which found that a good night’s sleep is vital when you’re trying to get pregnant.

The research team concluded, “Good sleep patterns can be one of the important daily habits for patients to improve their response to fertility treatments and increase their chances of pregnancy.”

So, if you’re hoping to fall pregnant soon, switch to organic produce and make sure you establish a healthy sleeping pattern. Who knows? By this time next year you might be holding your very own baby in your arms.

What causes self-sabotaging behaviors? And how do you stop?

Understanding the ravaging effects of glyphosate in human organism

Are you overusing hand sanitizer? Doctors say this could lead to blindness and even…