If a person had Pharmafia’s criminal record, you’d instantly ask for a restraining order.

Sanofi-Aventis agreed to pay $109 million to resolve allegations that the company gave doctors free units of Hyalgan (an injection to relieve knee pain) to encourage those doctors to buy their product. Sanofi lowered the effective price by promising these free samples to doctors, but at the same time got inflated prices from government programs by submitting false price reports, alleged the United States administration.  Medicare and other government health care programs “paid millions of dollars in kickback-tainted claims for Hyalgan,” according to the DOJ announcement. 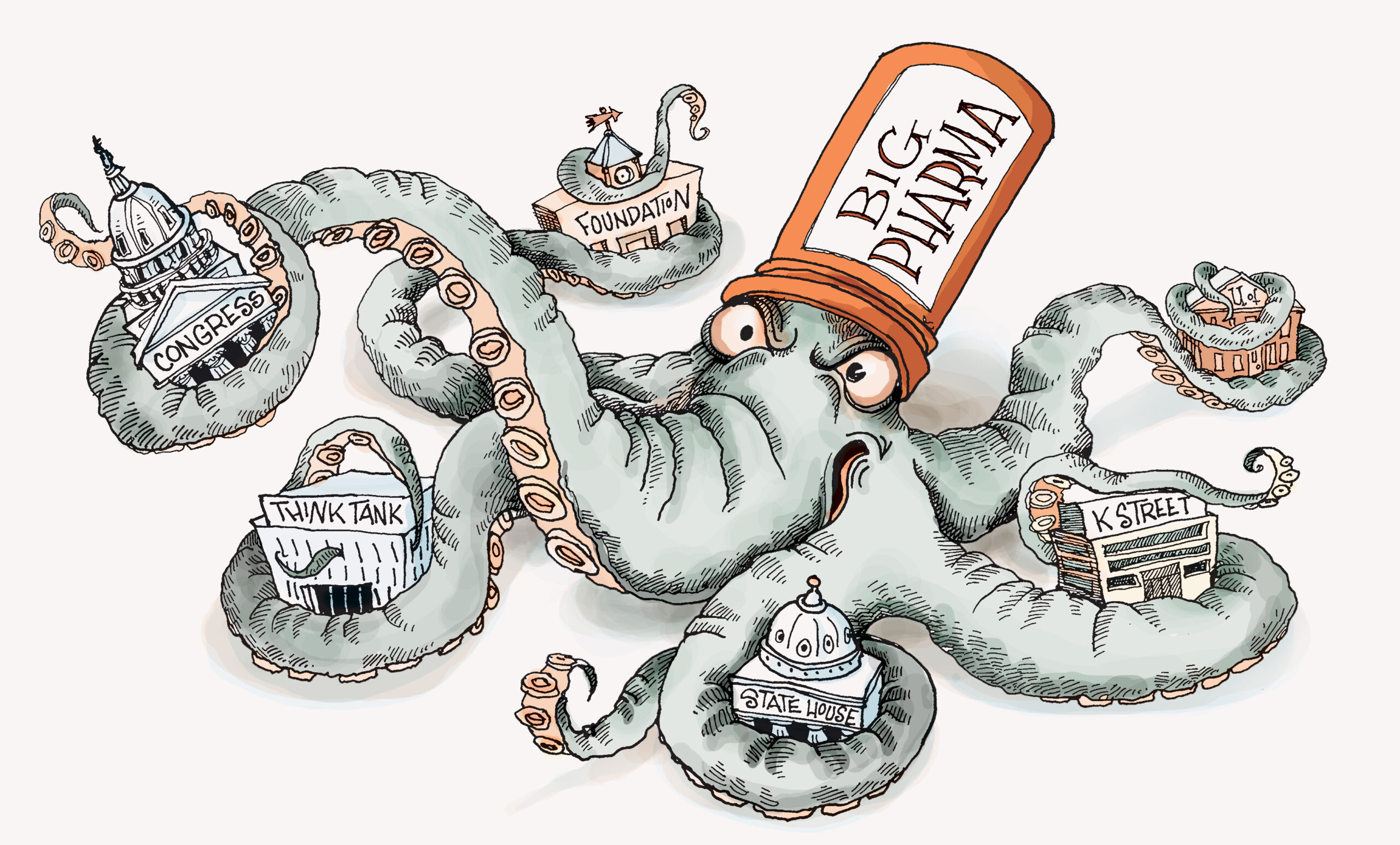 Endo Health Solutions Inc. and its subsidiary Endo Pharmaceuticals Inc. agreed to pay $192.7 million to resolve criminal and civil liability arising from Endo’s marketing of the prescription drug Lidoderm. As part of the agreement, Endo admitted that it intended that Lidoderm be used for unapproved indications and that it promoted Lidoderm to healthcare providers this way.

AstraZeneca was fined $520 million to resolve allegations that it illegally promoted the antipsychotic drug Seroquel. The drug was approved for treating schizophrenia and later for bipolar mania, but the government alleged that AstraZeneca promoted Seroquel for a variety of unapproved uses, such as aggression, sleeplessness, anxiety, and depression. AstraZeneca denied the charges but agreed to pay the fine to end the investigation.

Amgen agreed to pay a $762 million fine to resolve criminal and civil charges that the company illegally introduced and promoted several drugs including Aranesp, a drug to treat anemia. Amgen pleaded guilty to illegally selling Aranesp to be used at doses that the FDA had explicitly rejected, and for an off-label treatment that had never been FDA-approved.

Merck agreed to pay a fine of $950 million related to the illegal promotion of the painkiller Vioxx, which was withdrawn from the market in 2004 after studies found the drug increased the risk of heart attacks. The company pled guilty to having promoted Vioxx as a treatment for rheumatoid arthritis before it had been approved for that use. The settlement also resolved allegations that Merck made false or misleading statements about the drug’s heart safety to increase sales.

Eli Lilly was fined $1.42 billion to resolve a government investigation into the off-label promotion of the antipsychotic Zyprexa. Zyprexa had been approved for the treatment of certain psychotic disorders, but Lilly admitted to promoting the drug in elderly populations to treat dementia. The government also alleged that Lilly targeted primary care physicians to promote Zyprexa for unapproved uses and “trained its sales force to disregard the law.”

Abbott was fined $1.5 billion in connection to the illegal promotion of the antipsychotic drug Depakote. Abbott admitted to having trained a special sales force to target nursing homes, marketing the drug for the control of aggression and agitation in elderly dementia patients. Depakote had never been approved for that purpose, and Abbott lacked evidence that the drug was safe or effective for those uses. The company also admitted to marketing Depakote to treat schizophrenia, even though no study had found it effective for that purpose.

Johnson & Johnson agreed to pay a $2.2 billion fine to resolve criminal and civil allegations relating to the prescription drugs Risperdal, Invega and Natrecor. The government alleged that J&J promoted these drugs for uses not approved as safe and effective by the FDA, targeted elderly dementia patients in nursing homes, and paid kickbacks to physicians and to the nation’s largest long-term care pharmacy provider, Omnicare Inc. As part of the agreement, Johnson & Johnson admitted that it promoted Risperdal for treatment of psychotic symptoms in non-schizophrenic patients, although the drug was approved only to treat schizophrenia.

Pfizer was fined $2.3 billion, then the largest health care fraud settlement and the largest criminal fine ever imposed in the United States. Pfizer pled guilty to misbranding the painkiller Bextra with “the intent to defraud or mislead”, promoting the drug to treat acute pain at dosages the FDA had previously deemed dangerously high. Bextra was pulled from the market in 2005 due to safety concerns. The government alleged that Pfizer also promoted three other drugs illegally: the antipsychotic Geodon, an antibiotic Zyvox, and the antiepileptic drug Lyrica.

GlaxoSmithKline agreed to pay a fine of $3 billion to resolve civil and criminal liabilities regarding its promotion of drugs, as well as its failure to report safety data. This is the largest health care fraud settlement in the United States to date. The company pled guilty to misbranding the drug Paxil for treating depression in patients under 18, even though the drug had never been approved for that age group. GlaxoSmithKline also pled guilty to failing to disclose safety information about the diabetes drug Avandia to the FDA.