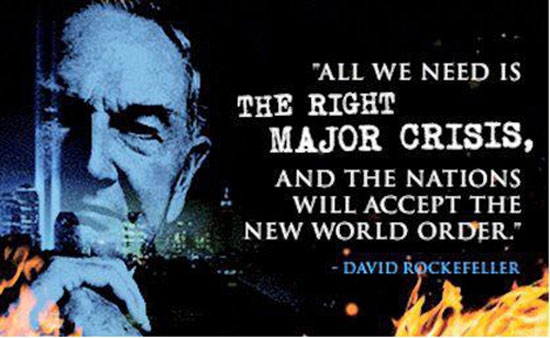 Putin killed the ideology that undergirds the New World Order with respect to family values once again. It just couldn’t get any better:
“As head of state today, I believe it’s my duty to uphold traditional values and family values. But why? Because same-sex marriages will not produce any children. God has decided, and we have to care about birth rates in our country. We have to reinforce families. That doesn’t mean that there should be any persecutions against anyone.”

So much for Sigmund Freud, Aleister Crowley, Timothy Leary, Betty Friedan, Gloria Steinem, Eve Ensler, Rosa Luxemburg, Andrea Bronfman, and other theoreticians who saw family values as a threat to civilization. Notice that Putin’s proposition has two parts: 1) no one has the right to attack family values and 2) no one has the right to persecute people because of their sexual orientation.

This is actually a modus vivendi, and it is perfectly congruent with practical reason. The sad thing is that we had a plethora of theoreticians at the dawn of the twentieth century who hated practical reason. They did not want to subordinate their desire or appetite to the moral order, therefore they came up with a number of rationalizations to justify their misbehavior.

More importantly, those theoreticians desperately tried to impose their essentially wicked worldview upon the majority of people around the world. Those theoreticians deliberately ignored the fact that there is a moral, philosophical, scientific, ethical, and esthetic order.

One particular theoretician who metaphysically ignored that order at the dawn of the French Revolution was Marquis de Sade, a revolutionary philosopher and decadent writer who turned sexuality upside down.
Sade was following the logical outworking of the Enlightenment philosophy, which, like feminism, promised freedom on the surface but delivered moral and intellectual bondage. If morality does not exist, as Darwin and others would later postulate, who is to say that Sade is wrong? If man is just a machine and nothing more, as Enlightenment writers like d’Holbach and Helvitius argued, who is to say that rape is wrong, or that sexually abusing or torturing children are repugnant?

Since there is no real difference between man and plants—or even worms for that matter—Sade proceeded to cross the ideological Rubicon, never to return to sanity. “Women are nothing but machines designed for voluptuousness,” he said. As a metaphysical principle, “Voluptuaries of all ages and sexes” must “listen solely” to the “delicious passions” which guide them, and that “their source is the only one that will lead to happiness.”

Building his work on the Greek mythology known as the Oedipus complex, Freud universally postulated that:
“[Oedipus’s] fate moves us only because it might have been our own, because the oracle laid upon us before our birth the very curse which rested upon him. It may be that we were all destined to direct our first sexual impulses toward our mothers, and our first impulses of hatred and violence toward our fathers; our dreams convince us that we were.
King Oedipus, who slew his father Laius and wedded his mother Jocasta, is nothing more or less than a wish-fulfillment—the fulfillment of the wish or our childhood.” (The Interpretation of Dreams)

E. Michael Jones argues that here Freud was projecting his own sexual liberation upon mankind, as he had a love affair with his sister-in-law. On his voyage to America, Freud was confronted with this fact by Carl Jung and immediately Freud ended the discussion. “I cannot risk my authority,” he said. Jung took that as an admission that Freud “was placing personal authority above truth.”

Louis Breger of California Institute of Technology writes that Freud used the Oedipal theory “to account for his own neurosis as well as everyone else’s.”

Well, Putin has actually challenged all those diabolical principles by appealing to the moral order to make his case. Looking at basic biology, he correctly deduces that in order for the next generation to survive, the government must maintain or even encourage “traditional values and family values…We have to care about birth rates in our country. We have to reinforce families.”

If “same-sex marriages will not produce any children,” then it is perfectly logical to enhance family values, which ought to be one of the jobs of the state as well. Obviously this is one reason why New World Order agents hate Vladimir Putin.

Evidence of pandemic and bioweapon cover-ups