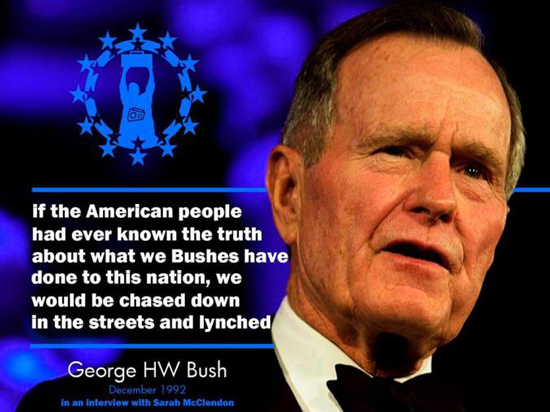 Since the death of Nazi Fourth Reich Fuhrer George Bush Sr., the battle for control of the world’s financial system, and thus of the process of deciding humanity’s future, is now centering on control of the SWIFT international interbank electronic transfer system.

A final battle is taking place between the 13 bloodlines which have traditionally controlled the planet, and the meritocratic Gnostic Illuminati who control the U.S. military-industrial complex, multiple sources agree. The battle is heading for a climax of sorts now that George Bush Senior has been “executed”, as confirmed by both Pentagon and CIA sources.

Here is what a CIA source had to say: “I have been told by two sources that G.H.W. Scherff (Bush) was actually indicted on September 10, 2018 for crimes against humanity, child trafficking, sedition, and treason. He allegedly plea-bargained a deal with the military tribunal hearing his case, to be executed/suicided to keep his legacy intact for his family and the sheeple. Trump signed the death order. So was it a clone that was executed, since we also have intel that he died in June (another clone). I think Bush/Scherff actually died in January 1992, choking on sushi and then finished off by Barbara Bush with a poisoned cloth (as seen in a video posted online). Military tribunals are set to begin on January 2, 2019.”

Pentagon sources, for their part, said U.S. President Donald “Trump was careful not give Bush 41 a state funeral, as this executed criminal was denied a horse and caisson like Reagan got.”
“To the victor belong the spoils, for Trump picked former Bush Attorney General Bill Parr as his next AG and he chose ‘the day that will live in infamy’ December 7th [the Pearl Harbor anniversary] to do it,” the Pentagon source added.

The CIA source also wondered if Barr [Bush(?)] made “a deal to avoid military tribunals and then be ‘McCained’? (the term being used lately for execution/suicide). Maybe he flipped like Senator Lindsey Graham?”

The death of Bush, the former U.S. Ambassador to China whose brother handed over U.S. military secrets to that country (as did Hillary and Bill Clinton), means that the U.S. and China are also heading to a showdown as bloodline families seek Chinese protection, according to secret society sources.

Pentagon sources say the arrest of Chinese conglomerate Huawei’s Chief Financial Officer Meng Wanzhou “is aimed to take down the Clintons and their treasonous ties to China back in the 1990s.” Chinese Freemasons previously admitted to this writer that they had invested heavily in getting Hillary Clinton elected as U.S. president because they had been promised a “United States of China” including ASEAN, the Korean Peninsula, and Japan.

U.S. military intelligence also has confirmed to us previously that George Bush Sr. provided China with the technology needed to accurately guide their nuclear missiles. The purpose of the Clinton/Bush transfer of military technology to China was to make China more equal militarily with the G7 so that their planned “Gog versus Magog” end-times war would be sufficiently destructive to result in their planned artificial end times.

Instead, the religious fanatics behind this plan are going to face military tribunals “starting in January 2019”, Pentagon and CIA sources confirm.
To prepare for these tribunals, Pentagon sources say “Army Chief General Mark Milley was named as the next Chairman of the Joint Chiefs of Staff to provide continuity and protect Trump into his second term.”

“This announcement was made unusually early to send a message to the Deep State, as the previous JCS Chairman was Army, and Army was chosen again over Air Force and Navy”, the source continued. Air Force and Navy brass have been heavily implicated in the planned World War III, which is why they are missing their turn to run the entire JCS, Defense Intelligence Agency sources note.

To understand what sort of world changes the U.S. military government is hoping for, let us take a look at what U.S. Secretary of State Mike Pompeo said in a speech delivered at the German Marshall Fund on December 4, 2018.

In this speech, Pompeo said we need to “ask if the current international order serves the good of its people as well as it could. And if not, we must ask how we can right it.” Later in his speech he made it clear that current international institutions like the World Bank, the IMF, the EU, the UN, the African Union, and the Organization of American States were all failing and needed root and branch reform. 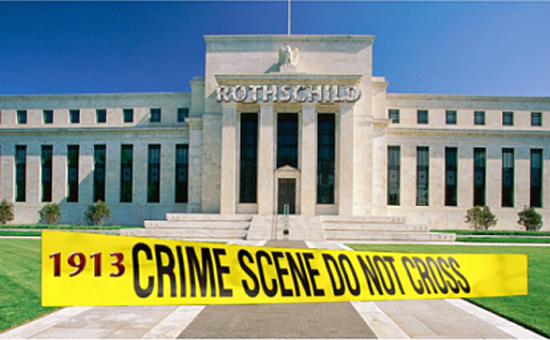 Here are some excerpts from his speech: “The World Bank and the International Monetary Fund were chartered to help rebuild war-torn territories and promote private investment and growth. Today, these institutions often counsel countries who have mismanaged their economic affairs to impose austerity measures that inhibit growth and crowd out private sector actors…. Today at the United Nations, peacekeeping missions drag on for decades, no closer to peace…. The UN was founded as an organization that welcomed peace-loving nations. I ask: Today, does it continue to serve its mission faithfully? … Is the EU ensuring that the interests of countries and their citizens are placed before those of bureaucrats here in Brussels?”

However, Pompeo’s proposed solutions – to imitate what Trump was doing in the U.S. and to reassert the power of nation-states and of U.S. leadership – fell far short of the mark when it came to offering solutions to problems faced by the Western world and the planet as a whole.

He did not, for example, mention that the current financial system, controlled by a few interbred families, has devastated the middle class in the G7 and created huge gaps between the rich and the rest even in places like China. The situation is now such that 0.1% of the population controls more wealth than the bottom 90% of the population, and yet Pompeo did not propose a reset or jubilee to correct the situation.

Nor did Pompeo mention the fact that humanity has wiped out 60% of animal life since the 1970’s or offer any sort of solution.
In fact, Trump tweeted on December 8th that “The Paris Agreement isn’t working out so well for Paris. Protests and riots all over France. People do not want to pay large sums of money, much to third-world countries (that are questionably run), in order to maybe protect the environment.”

For sure, the Paris Agreement was based on fraudulent science that “carbon causes global warming”. We won’t go into detail here, but look at this link for an egregious example.

However, at least they were trying. The White Dragon Society proposes an alternative which is to set up a meritocratically staffed future planning agency to preside over a multi-trillion-dollar campaign to stop environmental destruction and end poverty. This could also provide jobs to the “useless eaters” slated for mass murder by the Nazi faction that Trump has taken over. We would like to see the U.S. military government propose something similar and get China, India, and the rest of the world on board, too.

In any case, the global warming faction looks like it is losing the battle for the West, especially in France, headquarters of the global-warming Rothschild faction. Here, Pentagon sources say “Former French Chief of Defense Staff who was fired by French President Emmanuel Macron, Army General Pierre de Villiers, is the people’s choice for Élysée Palace.” They add that Marine “Le Pen is mightier than the sword, and if she fails to be president, would be a good Prime Minister or Foreign Minister.”

The U.S. military government’s fight against the bloodlines, though, is far from over. Getting back to Pompeo’s speech and the top of this article, we note he said: “America intends to lead – now and always. For example, here in Belgium in 1973, banks from 15 countries formed SWIFT to develop common standards for cross-border payments, and it’s now an integral part of our global financial infrastructure. SWIFT recently disconnected sanctioned Iranian banks from its platform because of the unacceptable risk they pose to a system – to the system as a whole.”

What he was alluding to here is a European (bloodline) and Chinese effort to get around U.S. SWIFT sanctions by setting up an alternative international payments system. That is still happening, with countries like India, Russia, and China dumping SWIFT in order to end U.S. control of the international financial infrastructure.
The U.S. has been fighting back by forcing regime change in European countries that try to get out of SWIFT, hence (in part) the troubles in France.

The other big battleground is Japan. Here, on December 6th, Softbank Corp. experienced a four-hour shutdown of its mobile and line-based telecommunications network. Softbank has been working with Huawei (the name 華為 by the way, means “for China”) to sell its phones and use its payments system. There is also the suspicion that Softbank is using the IPO of its telecoms unit, set for December 19th, as a disguised way of selling the unit to China, more specifically Huawei, CIA sources say.

It is also worth noting that the Abe government recently passed a law allowing Japan’s water resources to be privatized and presumably sold at a discount to Veolia, a company controlled by the French branch of the Rothschild family.

Also bear in mind that Softbank CEO Masayoshi Son has been offered at least $45 billion by Israeli (Rothschild) stooge Crown Prince Mohammed bin Salman. Anyone want to bet on Son?

Seven Ways To Attract Someone Who Truly Appreciates You

Vaccinated vs. Unvaccinated: Guess who is Sicker?