Could the ‘Delta Variant’ be growing as a result of the vaccine push?

Statistical analysis of the ‘Delta Variant’ of Covid-19 compared to vaccinations in India, the United Kingdom, and the United States points to a narrative that runs contrary to what mainstream media and governments have been promoting. A closer look at the numbers reveals the Delta Variant may actually be strengthening as a result of increased vaccinations. 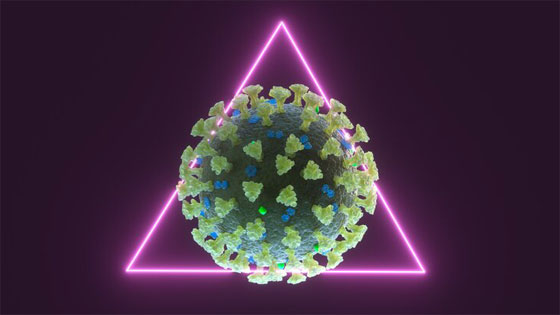 First, here’s an important note. The last year has made me a “prudent conspiracy theorist.” My former self would often disregard nearly all conspiracy theories because I found them to be wanting. But things have clearly changed for me, millions of Americans, and the world in general as more of these theories turn out to be plausible at the least and 100% spot on in far more cases than mainstream media wants us to believe.

That preface was intended to alert readers that what I’m about to propose is not coming out of left field. The research we’ve done with doctors and scientists over the last month pertaining to the Delta Variant of Covid-19 leads me to believe there’s a chance, perhaps even a strong one, that it is spreading so quickly because of the rapid increase in the number of people being vaccinated. For the sake of maintaining job security for those who helped me with this analysis, they must remain anonymous. In today’s world, the truth is dangerous for those who are in the scientific or medical fields.

Thankfully, one does not need a PhD to see the obvious correlation and potential causation between the rise of the Delta Variant and the increase in vaccine adoption. The Delta Variant accounts for 91% of cases in the United Kingdom despite over three-fourths of the adult population being vaccinated. In the United States, the percentage of Delta Variant cases has nearly doubled in just over a week. Logic tells us that if the vaccines are working against the Delta Variant, we would not be seeing these spikes in heavily vaccinated nations.

For background, here’s an article by Jack Phillips, The Epoch Times:

The head of the U.S. Centers for Disease Control and Prevention (CDC) said the “Delta” variant of Covid-19 could become the most common strain of the virus in the United States.

“It’s more transmissible than the Alpha variant, or the UK variant, that we have here,” Dr. Rochelle Walensky told ABC News. “We saw that quickly become the dominant strain in a period of one or two months, and I anticipate that is going to be what happens with the Delta strain here.”

Health officials, including Walensky, have said that current Covid-19 vaccines remain effective against the strain.

The Delta variant, also known as B.1.617.2, was first identified late last year. Officials said that it spread rapidly throughout India earlier this year before spreading to dozens of other countries. 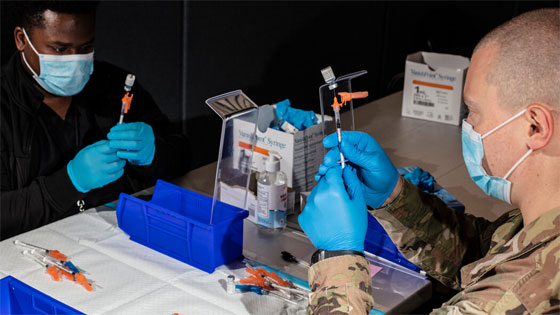 President Joe Biden, meanwhile said he doesn’t believe the Delta variant will prompt lockdowns like the ones that were authorized by state and local governments last year.

Officials with the World Health Organization (WHO) said the strain has spread to about 80 countries, including the United States, while noting that it makes up 10 percent of all Covid-19 cases in the country. That’s up from 6 percent last week, according to WHO officials.

“What I think this means is that there is an additional mutation that has been identified,” said Maria Van Kerkhove, the U.N. agency’s Covid-19 technical head, reported CNBC. “In some of the delta variants we’ve seen one less mutation or one deletion instead of an additional, so we’re looking at all of it.”

Dr. Scott Gottlieb, former head of the Food and Drug Administration, said on CBS’s “Face the Nation” that the Delta strain likely won’t trigger a “sharp uptick” of cases in the United States. He noted, however, that infections are doubling about every two weeks and agreed with the claim that it’ll become the dominant strain in the country.

In the UK, Prime Minister Boris Johnson earlier this month pushed back the easing of Covid-19 restrictions in the country by a month.

“Now is the time to ease off the accelerator, because by being cautious now we have the chance in the next four weeks to save many thousands of lives by vaccinating millions more people,” he said about the delay. The announcement drew condemnation from unions and business leaders who called on Johnson’s government to compensate them over the lockdown measures.

Quick Facts About the Delta Variant

To grasp what’s happening, let’s look at a few key points about the Delta Variant. First and foremost, there are currently over four dozen variants of Covid-19 that have been detected. It’s important to understand this because with viruses in general and coronaviruses in particular, mutations are common and rapid. But most mutations do not get too far; their “plan” for survival is to change based on environmental circumstances. In the world of viruses, vaccines are changes in their environmental circumstances that can and often do prompt mutations.

The Delta Variant isn’t new. It was first detected late last year and was noteworthy for its rapid spread. But the increased speed in which it was transmitted correlates perfectly with the rise in Covid-19 vaccinations. Instead of slowing the spread as allegedly intended, the vaccines seemed to prompt greater spread of this particular variant. Was its mutation for the sake of its survival a direct result of addressing the vaccines?

Here are two charts. In the first, you’ll note that India’s vaccination rate jumped in mid-March and peaked in April. In the second chart, you’ll see the number of Covid-19 cases spiked in mid-April, right around the time when the number of vaccinated people in India had risen rapidly. This is almost certainly not a coincidence. 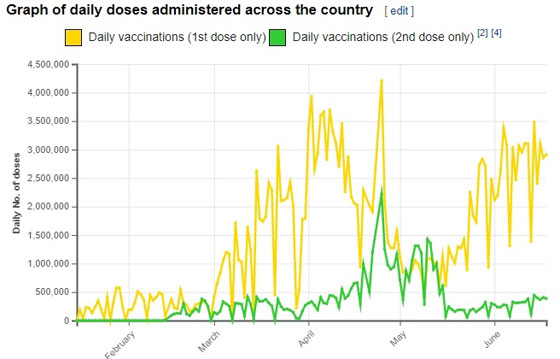 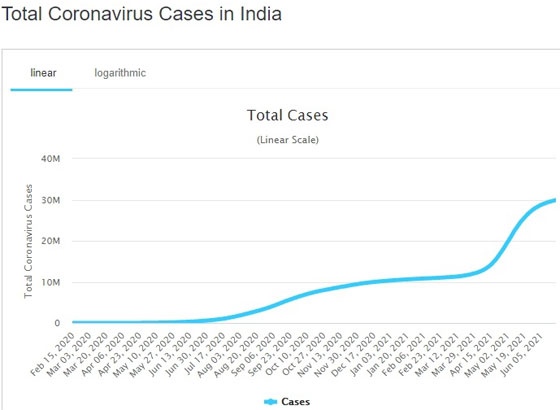 Perhaps the most telling chart is the one that looks at the daily new cases. It spiked in India a month after the vaccination spike. As one doctor working with us on this noted, this would jibe with the causation theory as it would take two to six weeks for the new vaccinations to affect a spike in Delta Variant cases. Considering there was a new spike in vaccinations over the last month, we would expect to see a spike in Delta Variant cases next month. 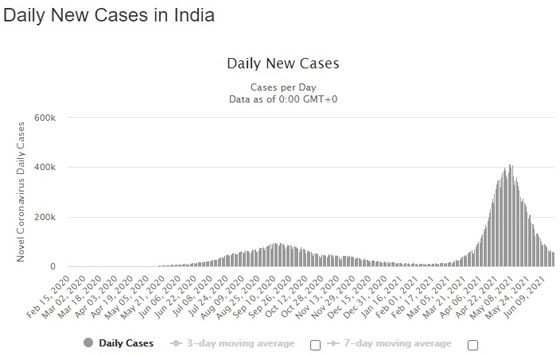 “There is no way to know if this is a coincidental correlation or actual causation until we get several months worth of data from multiple countries,” an anonymous university virologist told NOQ Report. “Unfortunately, by then it may be too late to warn the world.”

Holding Firm Against the Pressure

Through mainstream media, government programs, Big Tech, employers, and societal pressure, the push to get everyone in America and across the globe vaccinated is conspicuously strong. As noted at Based Underground, MSM is using the Delta Variant to promote total vaccination. Lest we forget, this is a disease that has a minuscule fatality rate for those under the age of 40, yet the vaccines are being pushed on school-aged children who are more at risk from influenza than Covid-19. But with the new Delta Variant scare tactic, even those who have been skeptical thus far may succumb to the pressure.

It is imperative that Americans stay informed. The data points to skepticism in these Covid-19 injections at the very least. One does not have to be a conspiracy theorist or anti-vaxxer to realize the narrative being forced on us does not jibe with anything we’ve seen thus far with Covid-19 in general and the Delta Variant in particular. Again, and this is so important to understand as people like Dr. Anthony Fauci attempt to debunk it, there is absolutely no reason for the Delta Variant to be spiking in the United States or United Kingdom if the vaccines work against it.

One can either trust government, mainstream media, Big Pharma, and the narrative they’re pushing with nuclear force behind them, or we can trust the facts and that quiet voice in our heads asking questions about it all.