Sixth Man To Walk On The Moon: Beneficial Extraterrestrials Prevented A Nuclear War On Earth To Ensure Our Existence

The sixth man to walk on the Moon, Edgar Mitchell, made daring claims about alien life when he stated that the existence of the extraterrestrial visitors is kept secret from the public, not due to fear of widespread disbelief, but rather a fear that the monetized interests of big business could go into a state of irrelevance if we were given a chance to harbor the technology. 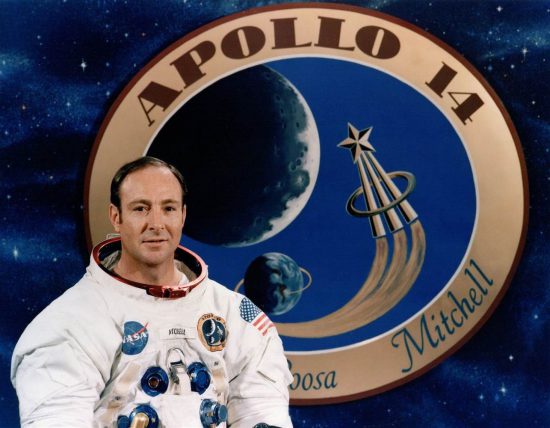 According to reports, Edgar Mitchell, the sixth man to set foot on the surface of the Moon, disclosed details about alien life and their presence on Earth which much considered ludicrous.

However, these claims are not coming from someone without any solid background. Edgar Mitchell had a very solid history behind him.

The former NASA astronaut graduated from the Carnegie Institute of Technology in 1952, with a degree in Industrial Management.

He continued his studies while serving in the US Navy where he managed to combine his military career with improved education, studying another bachelor’s degree in Aeronautical Engineering within the naval postgraduate school in 1961.

Furthermore, Mitchell went on and joined the Massachusetts Institute of Technology in 1964 obtaining a doctorate in science while studying aeronautics and astronautics.

Two years later, in 1966, Edgar Mitchell was transferred and trained as a NASA astronaut. During his work at NASA, Mitchell collected a staggering 216 hours and 42 minutes in space.

He was one of the most decorated astronauts in the history of NASA, one of the most important reasons why we need to take into consideration his words about extraterrestrial life in the universe.

“You develop an instant global consciousness, a people orientation, an intense dissatisfaction with the state of the world, and a compulsion to do something about it.”

“From out there on the Moon, international politics look so petty. You want to grab a politician by the scruff of the neck and drag him a quarter of a million miles out and say, ‘Look at that, you rascal”, said Edgar Mitchell.

Curiously, during an interview Mitchell had with Dateline NBC in 1996, the former Apollo astronaut stated that he had met with government officials from three other countries who personally encountered extraterrestrial beings from other planets in the cosmos.

This wasn’t just secondhand information. Furthermore, Mitchell stated in the interview that evidence of extraterrestrial contact was strong and extremely classified and that advanced alien civilizations were working with the US Governments giving technology to them.

In 2015, Mitchell again discussed extraterrestrial life on our planet. In an interview with Mirror Online, Dr. Mitchell stated that:

“White Sands was a testing ground for atomic weapons – and that’s what the extraterrestrials were interested in.”

“They wanted to know about our military capabilities. My own experience talking to people has made it clear the ET’s had been attempting to keep us from going to war and help create peace on Earth.”

“…during the nuclear tests at White Sands, several witnesses believed they had seen extraterrestrial spacecraft hovering above the mushroom clouds that emerged as the result of the detonation of atomic bombs.”

“Other officers from bases on the Pacific coast told me their [test] missiles were frequently shot down by alien spacecraft. There was a lot of activity in those days.”

Mitchell believed that extraterrestrials were very involved and interested in nuclear tests on Earth. He even believed that alien reconnaissance teams were sent to Earth to evaluate our military strength, and every once in a while, extraterrestrial spacecraft would sabotage missiles and attempts of testing nuclear devices.

However, Mitchell wasn’t the only one to come forward with claims like these.

In fact, in the past, numerous mission control officers within the Pacific boundary claimed to have been a witness of strange lights, disk-shaped objects flying above nuclear test sites in strange patterns and erratic flight paths.

Interestingly, the story about extraterrestrial life and our planet gets even more profound with each statement made by Mitchell.

During an interview with the Observer, Mitchell was asked: What exactly were the crashed aliens doing in Roswell?

He answered saying that he believed that they (extraterrestrials) were observing our activity on the proving grounds of White Sands nuclear test site.

Furthermore, Mitchell claimed that the existence of the extraterrestrial visitors is kept a secret from the public, not due to fear of widespread disbelief, but rather, a fear that the monetized interests of big business could go into a state of irrelevance if we were given the chance to harbor the technology.