Do you keep wondering why there is no peace in the Middle East?
Some teachings of the Talmud are disgusting. Due to those teachings within this Jewish book, a Satanic virus has been unleashed upon Earth! And the Zionist Jewish people have the guts to call those who speak against their practices haters and anti-Semites? The Talmud is worth its weight in gold if we use its text to expose the Zionists and their intentions. 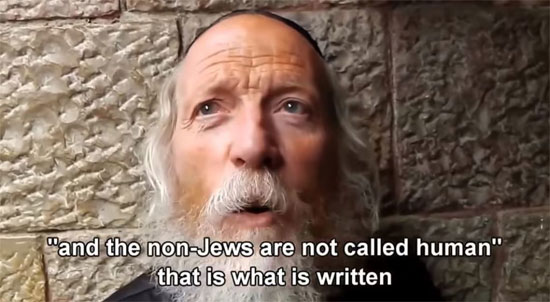 “I know your afflictions and your poverty—yet you are rich! I know about the slander of those who say they are Jews and are not, but are a synagogue of Satan.” – Revelation (Apocalypse 2:9).

Netanyahu told the leader of Likud Hareidi party that the Hebrew calendar will be the official calendar of state in new Basic Law, Jewish law basis of legal system. “The new law also establishes the Talmud, the core work of Jewish law, as an official basis for Israeli state law”.

It is important to address my apprehension about the Sabbatean Jewish Faction, many of whom serve as European Ministers and PM and American politicians, especially in the US Congress and Senate, as well as many global bankers, judges and lawyers. The following quotes are from the Jewish Talmud, which is to the Jews as much like the Holy Bible is to a Christian!

After reading the following 49 passages, draw your own conclusions

1. “Jews may lie to non-Jews; Jews may use lies to circumvent a Gentile.” (Baba Kamma 113)
2. “Jews may swear falsely by use of subterfuge wording.” (Schabouth Hag. 6b.)
3. “Jews must always try to deceive Christians.” (Zohar 1160a)
4. “Who took an oath in the presence of goys, the robbers and the custom-house officer, is not responsible.” (Tosefta Szebnot, 11.)
5. “One should and must make false oath, when the goyim ask if our books contain anything against them. Then we are bound to state on oath that there is nothing like that.” (Utszabot, The Book of Jore Dia, 17.)
6. “If a Jew is tempted to do evil, he should go to a city where he is not known and do the evil there.” (The Talmud, Moed Kattan, 171,47)
7. “Murdering goyim is like killing a wild animal.” (Sanhedrin 59a)
8. “Even the best of the gentiles should be killed.” (Abodah Zara 26b)
9. “A goy (gentile) who pries into the Law (Talmud) is guilty of death.” (Sanhedrin 59a)
10. “To communicate anything to a goyim about our religious relations would be equal to the killing of all Jews, for if the goyim knew what we teach about them, they would kill us openly.” (Libbre David 37)

11. “If a Jew be called upon to explain any part of the rabbinic books, he ought to give only a false explanation. Whoever will violate this order shall be put to death.” (Libbre David 37)
12. “Sexual intercourse with a little girl is permitted if she is three years of age.” (Yebhamoth 11b)
13. “Jews may swear falsely by use of subterfuge wording.” (Schabouth Hag. 6d)
14. “Do not save goyim in danger of death.” (Hilkkoth Akum XI)
15. “Show no mercy to the goyim.” (Hilkkoth Akum XI)
16. “If it can be proven that someone has given the money of Israelites to the goyim, a way must be found after prudent consideration to wipe him off the face of the Earth.” (Choschen Hamm 388, 15)
17. “A Jew may keep anything he finds which belongs to the akum (gentile). For he who returns lost property (to gentiles) sins against the Law by increasing the power of the transgressors of the Law. It is praiseworthy, however, to return lost property if it is done to honor the name of God, namely, if by so doing, Christians will praise the Jews and look upon them as honorable people.” (Choschen Hamm 266,1)
18. “A Jew should and must make a false oath when the goyim asks if our books contain anything against them.” (Szaaloth-Utszabot, The Book of Jore Dia 17)
19. “The Jews are human beings, but the nations of the world are not human beings but beasts.” (Baba Necia 114, 6)
20. “When the Messiah comes, every Jew will have 2800 slaves.” (Simeon Haddarsen, fol. 56-D) 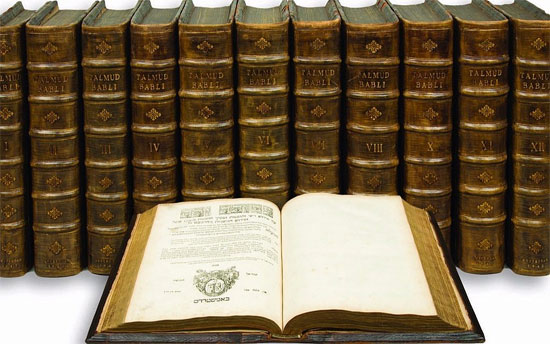 21. “Jehovah created the non-Jew in human form so that the Jew would not have to be served by beasts. The non-Jew is consequently an animal in human form, and condemned to serve the Jew day and night.” (Nidrasch Talpioth, p. 225-L)
22. “A gentile girl who is three years old can be violated.” (Aboda Sarah 37a)
23. “A Jew may violate but not marry a non-Jewish girl.” (Gad. Shas. 2:2)
24. “If a goyim kills a goyim or a Jew, he is responsible; but if a Jew kills a goyim, he is NOT responsible.” (Tosefta. Aboda Zara B, 5)
25. “It is permitted to kill a Jewish denunciator everywhere. It is permitted to kill him even before he denounces.” (Schulchan Aruch, Choszen Hamiszpat 388)
26. “All property of other nations belongs to the Jewish nation, which, consequently, is entitled to seize upon it without any scruples.” (Schulchan Aruch, Choszen Hamiszpat 348)
27. “How to interpret the word ‘robbery’: a goyim is forbidden to steal, rob, or take women slaves, etc., from a goyim or from a Jew, but a Jew is NOT forbidden to do all this to a goyim.” (Tosefta, Abda Zara VIII, 5)
28. “God has given the Jews power over the possessions and blood of all nations.” (Seph. Jp., 92, 1)
29. “When a Jew has a gentile in his clutches, another Jew may go to the same gentile, lend him money and in turn deceive him, so that the gentile shall be ruined. For the property of a gentile, according to our law, belongs to no one, and the first Jew that passes has full right to seize it.” (Schulchan Aruch, Choszen Hamiszpat 156)
30. “He who desires that none of his vows made during the year be valid, let him stand at the beginning of the year and declare: ‘Every vow which I may make in the future shall be null’. His vows are then invalid.” (Nedarim 23b)

41. “A prayer or ‘Benediction’ to be saud by a Jewish man every day: Thank God for not making me a gentile, a woman or a slave!” (Hilkkoth Akum X1)
42. “If a gentile sue an Israelite, the verdict is for the defendant; if the Israelite is the plaintiff, he obtains full damages.” (Ibid., p620. Quoting Baba K. IV. 3, The Mishnmah)
43. “A maiden aged three years and a day may be acquired in marriage by condition.” (Sanh. 55b)
44. “A proselyte who is under the age of three years and one day is permitted to marry a priest.” (Yebamoth 60b)
45. “Pederasty [that is, sex relations between men, and especially between man and boys, Ed.] with a child below nine years of age is not deemed as pederasty with a child above that… if one committed sodomy with a child of lesser age, no guilt is incurred.” (Sanhedrin 54b)
46. “When a grown man has had intercourse with a little girl it is nothing, for when the girl is less than this, less than three years old, it is as if one puts the finger into the eye. Tears come to the eye again and again, so does the virginity come back to the little girl under three years.” (Kenthuboth 11b)
47. “All goyim girls are in a state of niddah (filth) from birth.” (Abodah Zarah 36b)
48. “A Jew may have sex with a child as long as the child is less than nine years old.” (Sanhedrin 54b)
49. “Gentile (goyim) prefer sex with cows.” (Abodah Zarah 22a-22b)