“Public policy could itself become the captive of a scientific-technological elite.” – President Eisenhower, 1961

Those working to reign in and shut down “5G” are recognizing that military-driven wireless telecommunications infrastructure is out-of-control and being purposed for much more than the advertised capabilities.

“5G” is a marketing term. The agent is microwave radiation. 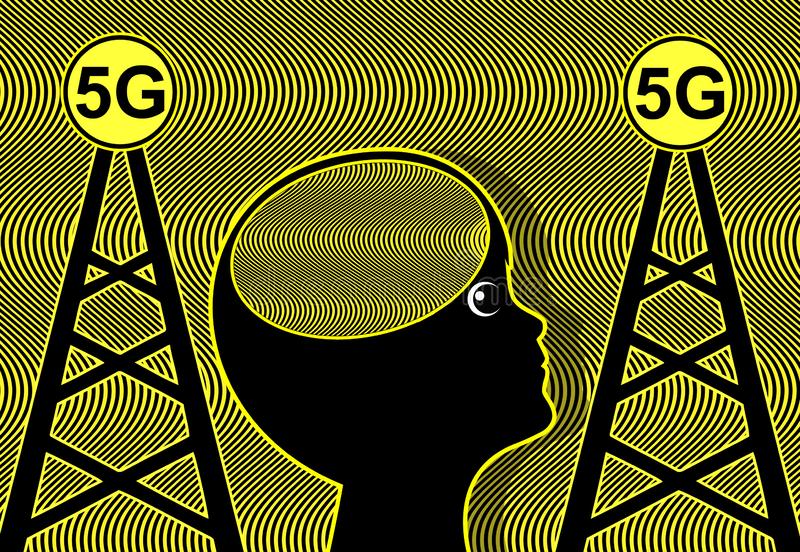 “5G” is the foundation for “6G”, to enable “machine intelligence,” aka Artificial Intelligence or “AI”. This type of technology is being designed to function without human control and oversight, which is catastrophic since machines are incapable of applying ethics, morals, care, compassion, and other advanced human values, without being programmed to implement these attributes, by humans.

The skillful use of “5G” advertising is designed to attract consumers to accept and buy the latest products claiming to offer greater convenience and entertainment. What isn’t advertised is the weaponized aspects of wireless telecommunications systems.

In addition to constantly contaminating the environment with harmful, xenobiotic (foreign-to-life), microwave radiation, and the potential for interacting with, and/or activating components in mRNA injections, wireless telecommunications facilities (WTFs), distributed antenna systems (DAS), satellites, and the highly addictive ‘smart’ devices, may be used for surveillance.

The fact that wireless devices have the capability to be constantly monitoring, tracking, collecting, harvesting, exploiting, and selling the user’s personal information, has yet to be widely understood by the general public. Damaging data can even be secretly planted on a device or network without the user’s knowledge or consent, destroying credibility, careers, and lives.

In a 2020 US military document titled, “Estimation of Technology Convergence,” “The Mad Scientist Fellows” produced research and analysis regarding how artificial intelligence, biotechnology, quantum technology, nanotechnology, neurotechnology, autonomous technology, robotics and information technology might converge in the next 15 years. The vision is for a decentralized AI to remotely manage networks including weapons systems, without a human operator.

Referenced throughout the Estimation of Technology Convergence by 2035 report, is NVIDIA, a company of financial interest to U.S. Congress member Pelosi. NVIDIA is a leader in AI chips and their integration with the IoT (Internet of Things).

Technology Convergence 2035 reads like a technocratic dream, laying the foundation for permanent imprisonment of all human beings and total control of every aspect of life on Earth. The merging of humans with machines, digital twins, smart dust, manufacturing with graphene, human tissue engineering, ‘smart’ cities, and other AI system concepts are some of the topics discussed in this paper.

“Once the smart dust is distributed, it is essentially impossible to recover. In turn, corporations would have access to a multitude of sensors capable of gathering audio and/or visual data without the consent of those being monitored.” – p.108

The fact that Russia and China are not factoring in moral or ethical constraints on the use of AI technologies is mentioned as a problem and further justification for AI weapon systems development.

In another article related to national security, 5G (and the competition for global AI dominance) is described as the “entry point to the global digital and cyber-physical infrastructure with the opportunity to control the network infrastructure.”

Strong local safety regulations, civilian leadership, and ethics are urgently needed to begin reigning in out-of-control wireless communications systems. As microwave weapons expert Dr. Barrie Trower stated in conversation with Claire Edwards, wireless is not necessary for internet connection. Devices and computers can be wired responsibly to eliminate the grave threat of microwave radiation to human civilization and all life on Earth.

“Are you getting a sense of where this is going yet? Do not gloss over this material and do not take it in stride. A government think tank is openly talking about the blurring of the lines between biological and digital systems, between living and nonliving organisms, and how this could lead to ‘new human bodies’ and new senses of human identity. The transhumanist plan to effect the extinction of homo sapiens is being calmly discussed and dissected as if it’s just another technological breakthrough by the scientific boffins.”