“I’m taking a break from email. If you knew what I know about email, you might not use it either.” – Ladar Levison 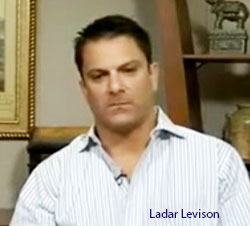 After ten significant years of activity, LAVABIT, the biggest pro-privacy email service, which had over 410,000 users, got closed, by an order of the USA government.  We’ve got it. It happens. But why should we care about it? The intelligent answer is that we should all care about it, with a great deal.

As it is already very well known, the governments and big corporations are monitoring and spying on users’ e-mails, especially under the biggest e-mail providers, such as Gmail, YahooMail or Hotmail.  On this background, ten years ago, a group of people based in Texas, decided to establish an alternative e-mail service, one which promised to be really private (where even the administrators themselves did not have access to the users’ e-mails, that is – providing full confidentiality).  LAVABIT offered to its users, free access to their e-mails in a secured and encrypted way, which made much more difficult the life of the government and internet service providers’ personnel, who wanted to monitor all users.  In addition, the fact that the e-mails could have been downloaded to one’s computer while getting deleted from the internet server, was another stick in the wheels of the new world order.

LAVABIT e-mail service had several offers, the most simple ones were for free, while some other, providing more options, were for a small fee. Much money and fancy cars, the owner and the administrators didn’t make out of it, but they felt good that they were doing something good and important for the general public. 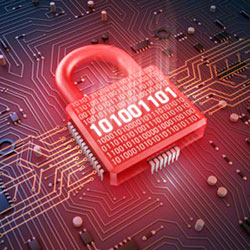 Ever since the beginning, the service was not in the line of the big corporations, nor of the government’s agencies. And the fact that the e-mail sent from LAVABIT to Gmail users, went automatically into their Junk Folder, marked as spam, showed to many that LAVABIT was not welcomed under the new world order.

In the beginning of August 2013, all of a sudden, without a previous notice, LAVABIT services stopped functioning.  Then, in their website – https://lavabit.com/, Ladar Levison, LAVABIT’s owner, published a shocking message:
“I have been forced to make a difficult decision: to become complicit in crimes against the American people or walk away from nearly ten years of hard work by shutting down Lavabit. After significant soul searching, I have decided to suspend operations. I wish that I could legally share with you the events that led to my decision. I cannot. I feel you deserve to know what’s going on–the first amendment is supposed to guarantee me the freedom to speak out in situations like this. Unfortunately, Congress has passed laws that say otherwise. As things currently stand, I cannot share my experiences over the last six weeks, even though I have twice made the appropriate requests.”

After this bitter experience, the conclusion of LAVABIT’s owner, was not less shocking and disturbing:
“This experience has taught me one very important lesson: without congressional action or a strong judicial precedent, I would strongly recommend against anyone trusting their private data to a company with physical ties to the United States.” 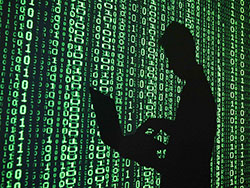 Later on, on a different website, (http://www.wired.com/threatlevel/2013/08/lavabit-snowden/), we found some more details, posted on 08.08.2013: “Edward Snowden’s Email Provider Shuts Down Amid Secret Court Battle”… The fact that Edward Snowden, an American computer specialist who worked for the CIA (Central Intelligence Agency) and the NSA (National Security Agency), leaked details of several top-secret United States and British government mass surveillance programs to the press, is not new any more. Among the actions he revealed, were the interception of U.S. and European telephone metadata and the PRISM, XKeyscore, and Tempora Internet surveillance programs.

With lots of courage and dignity, LAVABIT’s owner chose to cease its activity, instead of becoming the accomplice of the American Government… Here are, in this direction, the suggestive comments of a news reporter: “Privacy advocates referred to as the move unexampled. I am unaware of any scenario during which a service supplier selected to finish off instead of adjust to a judicial writ they felt profaned the Constitution.”

What does it mean? What is next?

LAVABIT already started preparing the paperwork needed to continue the fight for the Constitution in the Fourth Circuit Court of Appeals. But all these actions require a lot of financial support (the good news is that by August the 10th 2013, the supporters already donated more than 90,000 dollars to Levison’s legal fund for the cause) and a lot of time.

We are proud of the new age of science and computers.  But without our constant access to the internet, we are powerless in this direction.  If YahooMail will decide tomorrow, that in order for us to continue to use their services, we must give them our fingerprints, what can we do about it? Most of us got so used and even identified with our e-mail account, that the transfer to a new e-mail account becomes a difficult process.  And what if all the e-mail providers will take the same decision, on the same day? What if the government will decide tomorrow, that cash becomes illegal, meaning that we must all use only credit cards?  What if the government will decide tomorrow to merge between our passport, identity card, driving license, and our credit cards, putting everything in a microchip? What if all the banks would decide tomorrow that we cannot use their services unless we have this microchip implemented under the skin?  What if the government will put in jail everyone that opposes it?

The old communism and fascism got replaced by temporary and perverted democracy, which might very soon turn into one world fascist government, conducted from the shadows by the satanic Illuminati, dictating their malefic new world order. 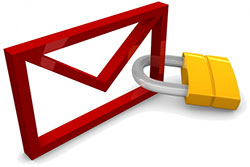 What can we do? What should we do? The good news is that we should not panic, yet we should be active. There are many well informed persons who are acting with lots of courage. There are many wise and intiated guides who are advising and helping us. There are many divine angels of light, advanced beneficial extraterrestrial civilizations and more than all, God Himself, compassionately waiting for us to ask for their help.  We should wake up, become aware and speak out in public about what’s going on.  We must show to the politicians that we are no longer under the spell of illusion of mass media.  That we no longer care about the so-called crisis, and gossiping, and fake political conflicts. That we know that all these seemingly sensational headlines from the mass media, have just one role – to keep us asleep, as throwing dust in our eyes, to make us ignore all that is truely important.  The power belongs to us, but we must show to those who are currently in control, that we can see beyond their curtain of illusion.