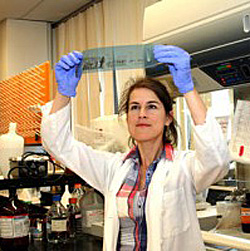 In the March 2011 issue of the British Society for Ecological Medicine magazine there was a great article written by Lucija Tomljenovic – doctor and investigative researcher, based on the study of official transcripts recorded during the 30 years of meetings between the representatives of the Ministry of Health and the Committee for Vaccination and Immunization in the UK.

This British physician obtained due to the law that allows the right to information, the disclosure of 30 years of government secrets showing that medical experts from the government are aware of the following:
1. The vaccines are not effective;
2. The vaccines cause diseases they should actually prevent;
3. The vaccines represent a significant risk to children;
4. They plotted in order to deceive the public to accept vaccinations;
5. They did everything possible to prevent the studies that were supposed to prove vaccine safety.

These transcripts are about vaccines used for children in the U.S. and in many other countries where they are mandatory.
To have a clear picture of the path between the production of a vaccine and its administration to the persons who need it, we note that there are three very important factors: 1) the pharmaceutical company that manufactures the vaccine, 2) the medical authorities which approved the vaccine to be used, and 3) the “couple” doctor – the person to be vaccinated. But this path, instead of being full of good intentions, aimed at preventing human illness by producing quality and safe vaccines, has become a way of getting rich and obtaining financial profit by any means at the expense of human beings to be vaccinated. As it follows:

2. Authorities do not manifest the necessary thoroughness to carefully check the efficacy and safety studies – which actually do not exist or are rigged – presented by the pharmaceutical companies and because of the pressures made by these companies no longer require studies of these vaccines to be conducted by independent researchers (!).

3. The doctor promotes vaccination because he believes in the “myth” of vaccination and he is not aware of the lack of any real studies on vaccines, and the vaccinated persons are also convinced that they must be vaccinated due to medical and advertising insistence that abound in the media and are paid for by the pharmaceutical companies.

Who comes out the worst in this fateful chain? The person who is vaccinated, who also has to pay through their medical insurance for the evil done to them! Who comes out best? The pharmaceutical company that enjoys considerable financial returns.

The authorities governing vaccines that can be given to the population before being approved are required to ensure that they have been subjected to rigorous scientific evaluation. The pharmaceutical companies promoting vaccines have the same disclaimer, being required to achieve those rigorous studies regarding the vaccine efficacy on one hand and on the other its safety. 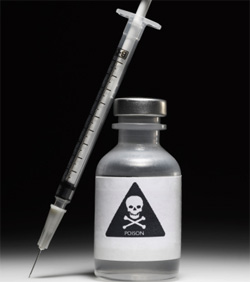 In addition, vaccination is a medical intervention and it should only take place with the full agreement of the party to whom the vaccine is made. This means an objective presentation of the advantages and the possible risk taken by the one who is going to be vaccinated or his parents, in the case of children vaccination should be made only with the parents’ agreement. Deliberate concealment of information from parents in order to make them subdue to the “official” vaccination agenda could be considered a form of violation of code of ethics or a serious misconduct. Official documents obtained from the Ministry of Health of Great Britain and from the Committee of Vaccination and Immunization reveal that British health authorities have been involved in such practices for more than 30 years, in order to protect the national vaccination program.

As a result of the vaccination policy promoted by the Ministry of Health in the UK, many children were vaccinated without their parents being given all the information on proven risks regarding serious adverse effects of vaccines, issues which the Committee of Vaccination and Immunization knew very well. By doing so, both the Committee and the Ministry of Health not only violated the international guidelines for medical ethics, such as the Declaration of Helsinki and the International Code of Medical Ethics, but they violated the Basis Code of medical practice.

The transcripts of the Vaccination and Immunization Committee meetings also show that some members of this committee have close links with pharmaceutical companies and that this committee has frequently cooperated with vaccine manufacturers to create strategies for enhancing the vaccination rate. Do you think it was for the good of the people? No! It was for the Committee’s own pockets! Some transcripts with these topics being discussed should not have been made public, but they were later revealed through Freedom of Information Act (Freedom of Information Act – FOIA). These meetings are called in shorthand as having “commercial confidentiality” and reveal a clear and startling lack of transparency, as some information has been removed before transcripts were issued under the Law that ensures freedom of information. This was done, for example, with the report of Adverse Reactions Meeting that were identified between 1986 and1992 and in which the participants’ names were deleted. 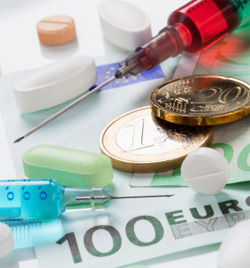 In summary, the transcripts of the meetings between the Ministry of Health and Vaccination and Immunization Committee for the period 1983 to 2010 show that:
1) Instead of reacting adequately and reviewing current vaccination policies regarding some concerns identified even by their own investigators, the Committee of Vaccination and Immunization did not take a stand, on the contrary, they decreased or deleted adverse information about the safety of vaccines, making intensive efforts to convince both the public and the authorities that these vaccines are safe.
2) The criteria of vaccination contraindications were significantly reduced, in order to increase vaccination rates, despite the unresolved issues regarding their safety.
3) On several occasions they were by asked vaccine manufacturers to make changes to specific data sheets when they were in conflict with official directives regarding immunization, made by the Committee of Vaccination and Immunization.
4) To promote vaccination policies they emphasized on dubious methodological studies, subsidized by the manufacturing companies, while the independent studies were rejected.
5) They consistently ignored the issue of vaccine safety, while their benefits were abnormally increased.
6) They promoted and developed plans to introduce the national vaccination schemes of new pediatric vaccines that were not yet safe in terms of their safety and efficacy.
7) Researches into the safety of vaccines have been actively undermined.
8) They deliberately took advantage of the parents’ trust and lack of knowledge regarding vaccinations, in order to promote a scientifically untenable “immunization program”, which could expose some children at risk of developing severe and long lasting neurological disorders. 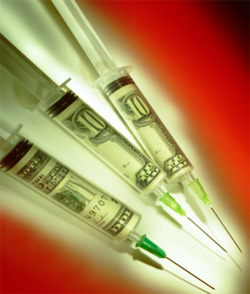 Those who support vaccines say that they are a miracle of modern medicine. This is actually a myth created by the pharmaceutical industry, a big and evil lie served to the people solely to obtain huge financial profits, given that vaccines contain heavy metals among others, neurotoxic and immunotoxic substances, viruses, mycoplasmas, fecal, DNA fragments from other species etc.

Disclosure of the information contained in these transcripts show that vaccination is in fact a business, not a way of prevention within the health system. Even if what they say about vaccines falls into this category, of disease prevention, by the harmful substances they contain and by the dishonest way they are approved, their promotion proves to be only the support for achieving high financial returns.

LiveOnlineYoga Events in the Fall of 2013