The Anti-Human Agenda that underpins the NWO (New World Order) is moving sharply into view with the advent of the Covid scamdemic (Operation Coronavirus) and its experimental nano-infused mRNA tools of destruction they are calling “vaccines.” Underneath all the chaos is a coldly calculated and chilling plan which is an entirely anti-human agenda.

The state of being and natural world is being attacked and usurped by a fake synthetic version of reality which seeks to overtake and supplant it. Covid has brought this anti-human agenda sharply into focus. 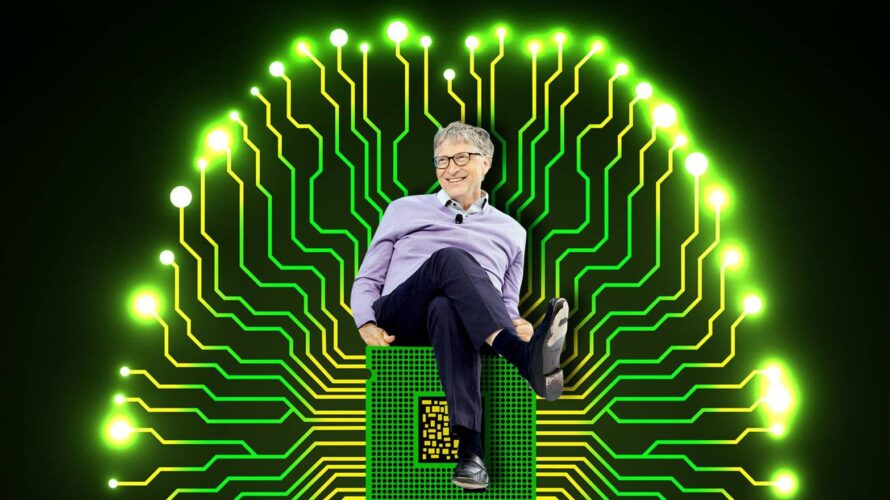 Bill Gates has not only become the consummate NWO frontman but also has become a villain of cartoon-like proportions, with his finger in seemingly every pie. Gates either invests in, funds or directly controls GMO crops, GMO animals (e.g. mosquitoes), synthetic food, eugenics-driven research on fertility (e.g. testicle-smashing contraceptives, microchips that deliver contraceptives and last up to 16 years, or straight out sterilization campaigns, as well as depopulation campaigns), chemtrails / geoengineering, vaccines, the media, manmade climate change propaganda, pandemic simulations (i.e. pandemic planning and orchestration), organizations modeling pandemics like The Imperial College and IHME (Institute for Health Metrics and Evaluation), large international health organizations like the WHO, GAVI and CEPI, and much much more – all the while buying up more farmland in the USA than any other single person.

Gates’ recent wacky idea is to combine the GM mosquitoes and vaccines to produce flying syringes – genetically modified mosquitoes that would inject you. His hypocrisy is staggering when you consider how he flies around the world in private jets [owns a fleet of them and he just bid to buy a private jets company back in January 2021] while lecturing people on their carbon footprint, just as many other NWO conspirators do.

Gates even had the audacity recently to show off his love of beef burgers while telling everyone that they’re going to have to eat synthetic, lab-made meat soon instead. Meanwhile, what do you think Gates is going to do with all that farmland [that he bought]?

All these aspects that Gates is touching are involved, in one way or another, with the replacement of the real with the fake:

The Anti-Human Agenda: demonization of carbon

A telling reflection of the anti-human agenda can be seen in the incessant demonization of carbon. Humanity is a carbon-based lifeform. Often, computers are called silicon-based lifeforms. I have even seen man vs. machine chess matches framed as “carbon vs. silicon” tournaments. Carbon is central to our identity yet it is being targeted and maligned. Why?

The article “UN’s Anti-Human Push To De-Carbonize The World” discusses how those running the climate change cult (and pushing the unscientific idea of AGW) are demonizing all carbon – not just carbon dioxide or CO2 – by targeting all “carbon pollution” and pushing for a world where no such carbon pollution exists.

The article reports of UN head Antonio Guterres and his new phrase: “The head of the United Nations is calling on countries to end what he calls a war on nature and instead embrace a future without carbon pollution triggering global warming. As an extreme year for hurricanes, wildfires and heat waves comes to an end, the head of the United Nations challenged world leaders to make 2021 the year that humanity ends its “war on nature” and commits to a future free of planet-warming carbon pollution.”

Technocracy.news editor Patrick Wood made the following astute comment: “The UN’s irrational war on carbon is a war against humanity itself. However, if depopulation is the ultimate goal, then it makes perfect sense because the human body is 12% carbon. The carbon cycle in food production and human nutrition requires CO2, and abundantly so.” 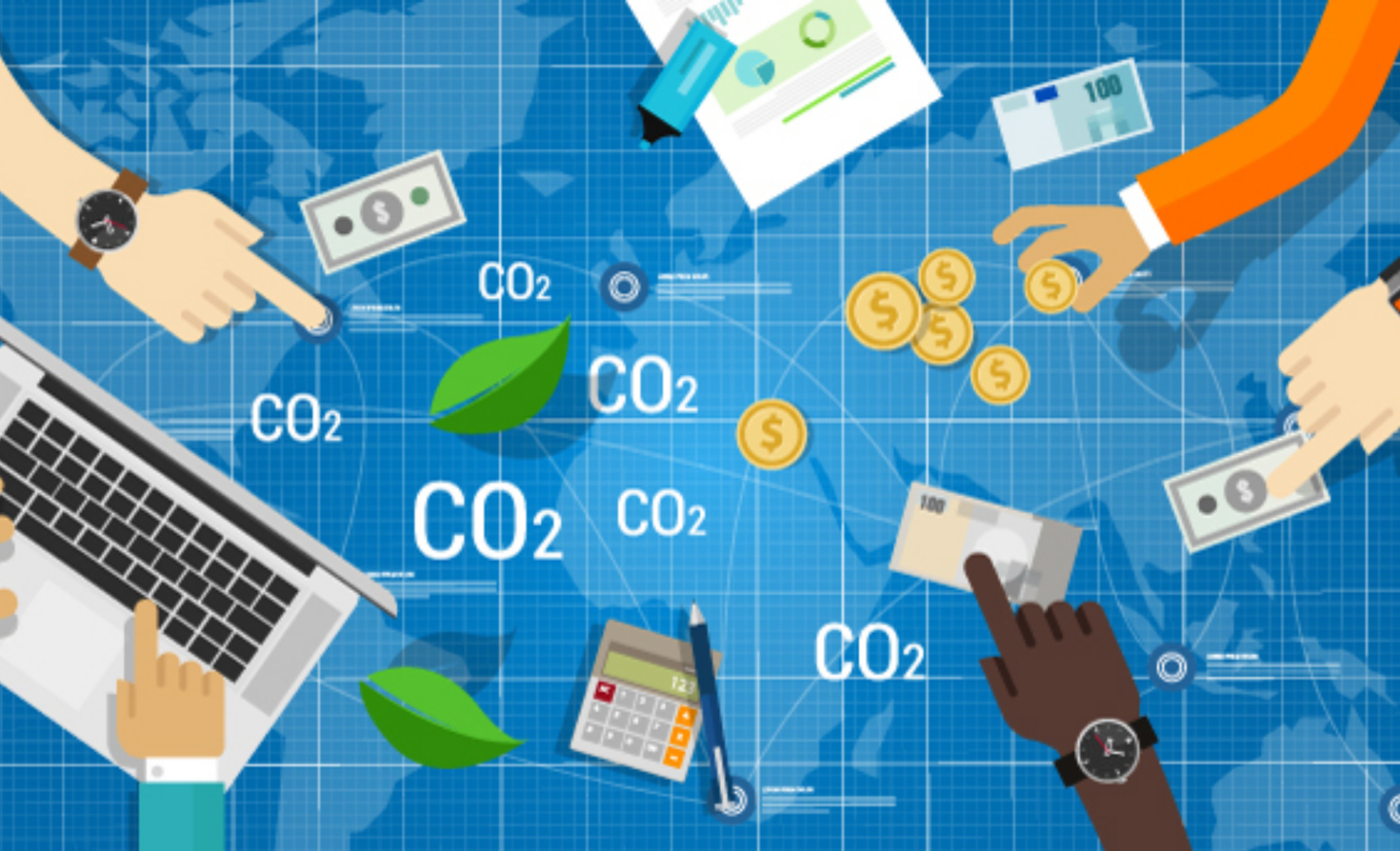 It is absurd to declare war on an element of the periodic table, especially one such as abundant and essential as carbon, unless seen from the perspective of the anti-human agenda. Carbon dioxide is far from being an enemy; it is essential to all plant life (it is their equivalent of oxygen), and indeed, the more CO2 we have, the greener the planet becomes, which results in more benefits for us.

There are many scientists spreading this information, such as Dr. William Happer, professor of physics at Princeton University. Happer has exposed the arguments of the climate change alarmists – the “carbon cult” as he calls them. We need to INCREASE the CO2 level on the planet not decrease it. [Current levels of 400 parts per million (ppm) are close to the lowest levels in 600 million years.]

Happer explains why carbon pollution is the principal myth which underlies the alarmists’ arguments. Data from millions of years shows the climate has always been modifying (either warming or cooling). The more CO2 you inject into a closed area with plants (e.g. a greenhouse), the more the plants grow. Plants love CO2 and thrive on it; as population grows, CO2 increases, generating a greener planet and more food. It’s an amazing and sustainable system if we just let it be rather than tampering with it.

The sun is also being demonized

It’s not just carbon that is being targeted; other aspects of the natural world, such as the sun itself, are also being demonized. Yes, excessive exposure to the sun’s rays can be harmful, especially in tropical regions, however a deliberate fear of the sun is being engendered in people. The sun is blamed for causing cancer and global warming.

One of Gates’ crazy geoengineering experiments involved attempting to block the sun’s rays. The truth is that human skin turns sunlight into vitamin D via synthesis from cholesterol. Not coincidentally, cholesterol, despite being an essential fatty nutrient of the human body, has also been demonized for decades.

It has been covered the insane propaganda against cholesterol in a 2015 article “Plastic Oils vs. Saturated Fats: Busting the Propaganda” where it was pointed out that it is a fat molecule synthesized by all animals because it is a crucial structural component of our cells. Cholesterol helps with respiratory and gastrointestinal problems, creates vitamin D and is part of the healing mechanism of our body. 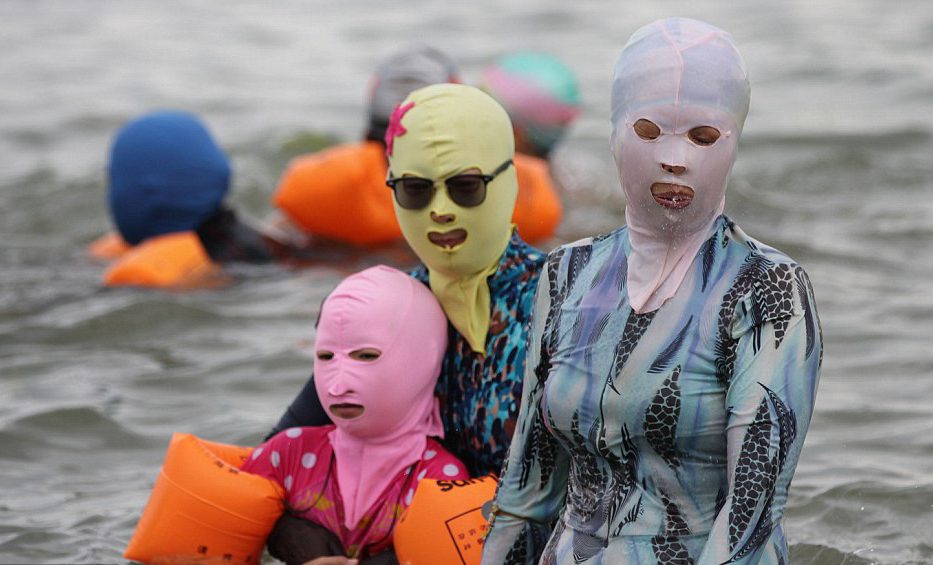 This anti-human agenda seeks to change the human body from the inside out. It is the driving force behind transhumanism, the merging of man with machine to make Human 2.0, an allegedly enhanced superhuman with special abilities but really a subhuman that has been cut off from its natural power.

A 2015 scientific study found carbon nanotubes (tiny tubes measured in nanometers) in the lungs of every single person tested. These nanotubes can readily be used as biosensors, tracking you from the inside.

A 2017 scientific study entitled “New Quality-Control Investigations on Vaccines: Micro- and Nanocontamination” found that vaccines were already highly contaminated (or saturated) with nanoparticles. Then there are all the particles that have rained down us due to chemtrail spraying for decades now, which have surely entered the lungs of many if not almost all people on Earth.

It would appear that humanity has already been infiltrated to some degree. Are these nanotubes, nanosensors and nanoparticles not just in us but in all biological life? And that brings us to the gene-editing, DNA-rewiring Covid ‘vaccines’ which are not vaccines …

Covid: an acceleration of the Anti-Human Agenda

It is really quite astonishing to witness just how many ways the Covid scamdemic has advanced the dehumanization of the world. Experimental mRNA Covid non-vaccines strike at the heart of the anti-human agenda, transforming our genes and manipulating our DNA, the blueprint of our humanity.

Lockdowns are anti-human, because they prevent us from fully being in our humanity by touching, socializing, mingling and interacting. Suspicious brain-accessing Covid tests may also be affecting our humanity, accessing our sensitive cribriform plate that leads to the brain.

Masks are part of the dehumanizing Covid cult and ritual by depriving our body and brain of essential levels of life-giving oxygen, removing our individuality, destroying free and unique expression, making us look robotic and so much more.

There is so much of the anti-human agenda in Operation Coronavirus, whether it be the dehumanizing aspects of masks, social distancing, touchless interactions covered in plastic, forced quarantine at your expense or being forbidden to be with elders as they die. 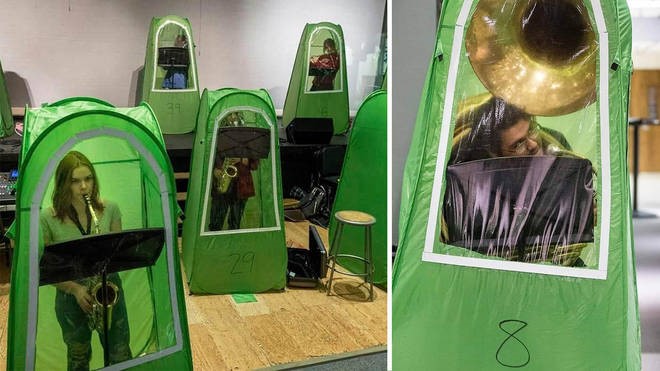 The Covid anti-human agenda: school kids and students forced to cover in plastic for music band practice. How absolutely degrading and absurd it all is!

Why would they do that?

At this point it is logical to ask: why would the NWO conspirators do all this, when they suffer too? Why would they destroy their own health, gives themselves adulterated food (or “phude”), impair their own fertility and poison their own air?

The best answer to this question is given by David Icke and others, and it’s simply this: the inner core of the NWO is not fully human, so all the destruction of the world doesn’t affect them the same way it affects us.

This perspective also lends credence to the theory that, in the course of being made more fake and synthetic, the Earth is being terraformed to make it more of frequency match for whatever force is behind this, and less life-supporting for humanity.

Icke explains it by comparing what is occurring on Earth to the movie “Avatar”, where the local blue-skinned Navi people were invaded, and the method of invasion was for the invading people (humans) to inhabit Navi bodies (known as avatars) so as to make friends with and be accepted by the locals, before using that foothold to destroy them: “A non-human force, with an outer apparently human form, has infiltrated human society, has hijacked the positions of power and decision-making, and is in the endgame of the taking over completely human society, and turning humans literally into its AI-connected, AI-perception delivered slaves on a scale [whereby] the word slave is not enough to describe it.”

It has been given some background to understanding this non-human force, which people have called the Archons, the Djinn and more, in other articles. Suffice it to say that the root of the anti-human agenda is this anti-human force, and this force has no creative spark or will of its own, but like a parasite can only latch onto the existing creative energy of other organisms, then hijack them.

If this force could have walked in and taken over, it would have done this already. It needs to trick us and hijack our attention, thus requires our cooperation and acquiescence on some level – and that is the exact key to defeating it.

Shamans and spiritual leaders from different cultures all over the world throughout the ages have talked about this force in different words and symbolized in different ways, but it’s the same force. The Covid plandemic has indisputably advanced this anti-human agenda forward at a rapid pace.

We have to recognize the elements at play here and the bigger picture. The puppet-show level delusions and distractions like left vs. right, killer viruses or purported imminent mass arrests of pedophiles fade into oblivion when one considers the horrendous life-denying dehumanization that the scamdemic has accelerated.

The anti-human agenda is the core of the NWO. What matters most is that we can see it and do everything in our power to defend and uphold our basic humanity.

The Mechanism of Invisible Empire

Scientific “proof” is a myth: the limitations of science and the medical paradigm (2)