Plato never forgave the tyrants of Athens for putting Socrates to death. Socrates’s death was a watershed moment in Athenian history. In many ways, it marked the end of the Athenian golden age as the sun set over Athens as her imperial ambitions vanished in the Peloponnesian War and the Thirty Tyrants would be installed by Sparta with support from the Athenian ruling class. The charges were concocted: he was “corrupting the youth of Athens.” In other words, he didn’t adhere to the propagated ideology of the newly tyrannical Athenian state. Socrates’s questioning of the Athenian tyrants marked him as a dangerous enemy that needed to be silenced, canceled, forever. 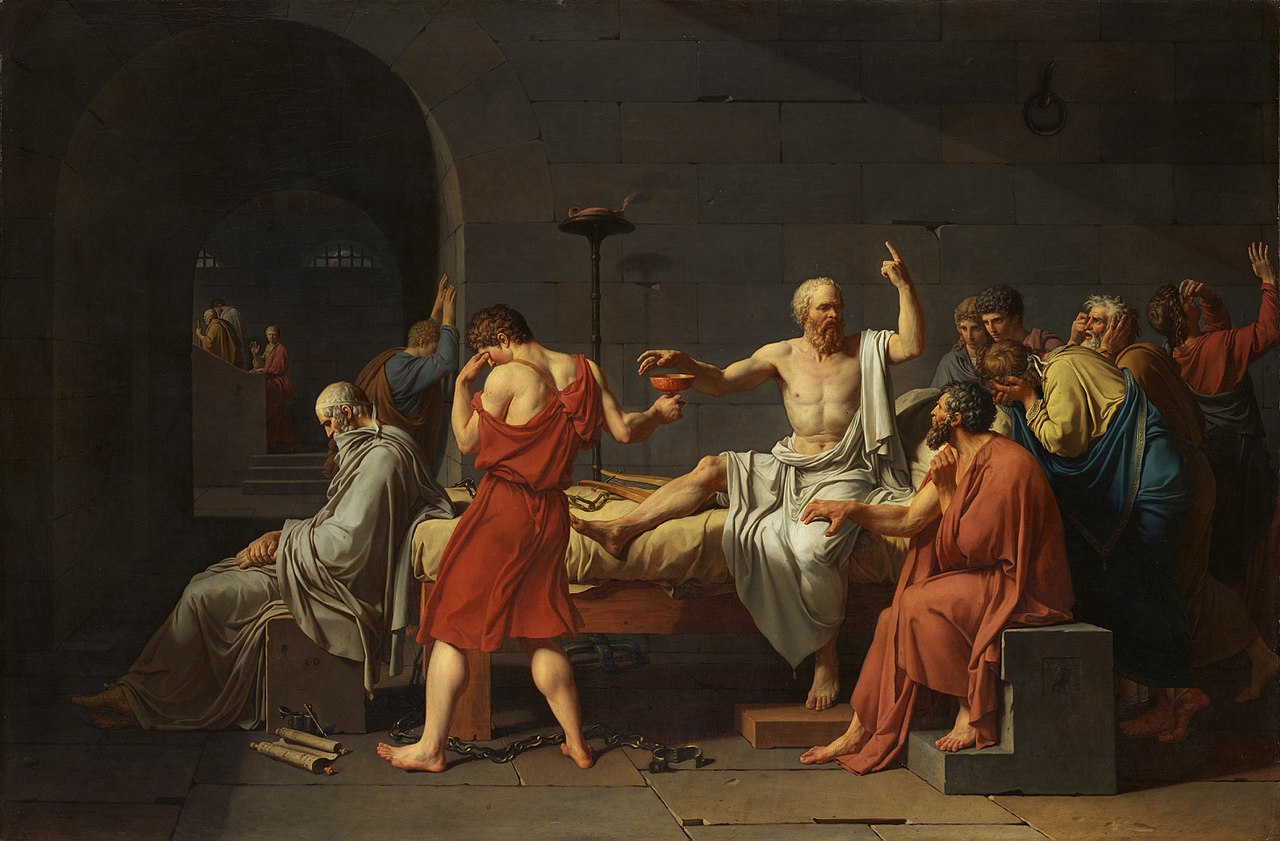 Two realities flow concurrent to politics throughout history. Art and intellectuality are companions to politics in history. In eras when peoples and society flourish, their art and intellectual enterprises flourish. The golden age of Athens is marked by the explosion of art, poetry, and the birth of philosophy. The slid into despotism and irrelevance is marked by the death of Socrates and the suppression of the poets. One can see this played out time and again: Renaissance Italy, Jacobean England, and early nineteenth-century America and its revival after the Civil War, especially in the early twentieth century.

It is commonplace to hear how the Constitution made America great. More specifically, it should be said the Bill of Rights made America great—especially the First Amendment. Unlike other countries, America’s cherished commitment to free speech and freedom of religion helped foster a spirit of intellectual humanism and curiosity that stimulated cultural vibrancy and vitality without the expressed fear of suppression or arrest.

While it is true that there have been prejudices, American anti-Catholicism, for instance, never resulted in an equivalent St. Bartholomew’s Day Massacre or the oscillation between Protestant and Catholic martyrs and religious civil wars as in Europe. Catholics in America were able to cultivate and retain their own self-identity and build their network of schools and hospitals which remain indispensable for the vitality of civil society and educational excellence and choice in the United States. All because the First Amendment ensured that degree of freedom necessary for the flourishing of the human life and soul.

When there is no freedom of the soul to engage in the activities of the consciousness, the artistry of inspiration, or the spiritual quest for God, societies are ensnared in the dark web of totalitarianism that not merely crushes the body but seeks to eviscerate the soul. The best and brightest of the population either sheepishly surrender to the prevailing political Zeitgeist out of fear, or they flee to places with greater liberty and take their talents to new places—leaving the place they once resided barren and decrepit.

Civilizations rise and fall with their intellectual wellspring. When one considers the greatness of civilizations, past and present, it is almost always synonymous—not with a political system—but with cultural flourishing. When we think of the golden age of Athens it is adorned with the Parthenon, the pre-Socratics, the Greek playwrights. When we think of the apogee of Rome, likewise, we think of the Roman writers and poets, especially Virgil, Horace, Ovid, Seneca, and Pliny the Younger.

Down through history, this is common: Renaissance Italy with the great flourishing of poetry and art that bequeathed Dante, the Sistine Chapel, the majestic domed landscape of Florence; post-Reformation England with Spenser, Marlowe, Shakespeare, Milton, and revived in the Victorian era with Dickens, Tennyson, Trollope, among many others.

What all these civilizations have in common during their golden age was their commitment to intellectual diversity, true intellectual diversity and not the empty “multiculturalism” celebrated today, religious vitality and vibrancy, and open atmosphere in exploring new art, literature, theology, and modes of thinking rather than a condescending hatred to one’s roots and singular intellectual thread of indoctrination.

What all these civilizations also have in common during their nadir was their rejection of spirit that made them great: the death of Socrates, the imposition of dogmatic political orthodoxies, the silencing of dissenters. In killing Socrates, Athens sent a message to other aspiring intellectuals, artists, and those who might otherwise object to the dictatorship of the tyrants. The precedence of squashing dissent, eliminating intellectual diversity and openness in the name of protecting feelings (“preventing the youth from being corrupting”), and enforcing a one-way highway has always led to darkness, despotism, and destruction. Democracy truly does die in darkness, too bad the Washington Post doesn’t realize it is the one promoting darkness and the destruction of democracy.

The United States has weathered this storm better than all other civilizations and nations in history precisely because the Bill of Rights is in the Constitution. The first amendment has long acted as a buttress against the worst impulses of human nature and the dictatorially lusts that any politician can have (irrespective of whether they are participants in a “democratic” system). We mustn’t forget, Athens was also a democracy before the tyrants were installed with the support of the Athenian ruling class. This brings us to the assault against the Western humanities in the name of “diversity.”

The second killing of Socrates, in our educational system, represents the fullest maturation and movement to the new tyranny we are currently struggling against. By destroying Socrates and imposing the uniformity of ideological indoctrination across the United States (in the name of female, minority, and transgender authors and writers who otherwise all agree on the same ideological, political, and metaphysical principles), those servants of the new despotism hand us the hemlock cup and force it down our throats. We don’t even have the luxury of swallowing for ourselves.

Yet we can also look toward the coming sunrise if we have the courage and the fortitude to persevere.

Athens regained her democracy after the Thirty Tyrants. England ebbed and flowed between periods of grandeur and decadence, civil war, and enlightenment. So too has the United States been tried by fire and temptation before. But we have persevered only by fighting back, not acquiescing to our own demise in the name of civility, unity, or tolerance—or whatever other fake buzzword masking totalitarian lusts is thrown out by the partisans of despotism.

We mustn’t allow the spirit of Socrates to die, for while there are examples of regaining freedom after it has fallen, it is also much harder to recover what has been lost rather than fighting to preserve what remains. The fight for America’s future begins and ends with the First Amendment. Because the human aspiration for freedom in all its important varieties is embodied in the First Amendment which is the true wellspring of American greatness and will be the source of American greatness once again.