We have been subjected to a concerted campaign of deliberate nullification of any sense of who we are. Could we recognize ourselves when we looked in the mirror when most of the face was covered with a mask and a pair of anxious eyes looked back at us? Was this us? Was this you or me? Was anybody home? How could you tell? 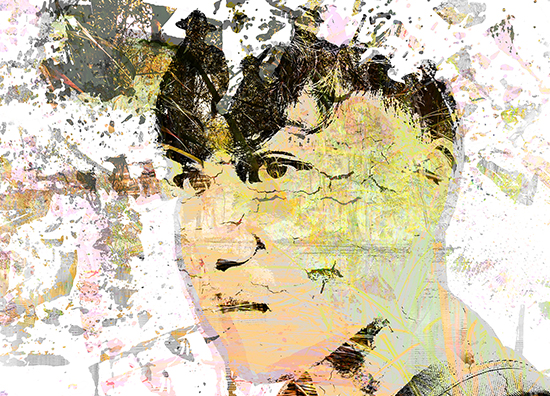 The deliberate stripping of personal identity is a technique practiced under certain specialized circumstances. Sometimes this occurs in the process of initiation into a particular group, whether religious or secular. Nuns, army recruits, and prisoners of war are shorn, and new clothing provided to cement a new identity. A group identity supersedes former loyalties. The person is renamed: given a new personal identity within the group. Rituals and ceremonies are performed as the person is inculcated into the ways of the tribe.

Because the new personal identity is within the auspices of the group, this identity is subordinate to the norms and dictates of the group, the tribal taboos, the customs of the new country. Thus, one can be censured for insubordination, and if necessary re-educated, the indoctrination refreshed, ground in deeper, as in degaussing a magnetic tape.

The boundaries of traditional identities were being blurred, even erased. It was becoming politically incorrect to use terms like man and woman, parent and child, brother and sister, uncle, aunt, niece, nephew, cousin and any other label of this kind, including personal pronouns. One wondered who was the Miss Manners making these rules?

Within a religious order or army unit, obedience is seen as freedom and a source of pride. The relinquishment of the personal ego frees the acolyte from ordinary concerns to be part of a higher destiny, perhaps to be “bound for glory.” Or maybe glory would bind them. At any rate, the discipline of the order requires strict subordination to the good of the group. Sometimes the ultimate sacrifice.

Love and loyalty demand, if called for, the laying down of one’s life for the greater good. Perhaps like the Carmelite nuns of Poulenc’s opera braving the guillotine, or stout-hearted British soldiers on the eve of battle in Shakespeare’s Henry V. “Cry, God for Harry, England and Saint George!”

Until recently the people of the entire world were asked to lay down their lives for the good of all. Many of us don’t remember signing up, do you? Suddenly we awaked to find ourselves treated like prisoners of war or raw recruits ready for boot camp basic training. Left, right, left, right, hup two three four. Yes sir, no sir, three bags full, sir!

Conquerors stripped the vanquished, moving them from their land, the source of their strength. They were left in a strange and unfamiliar landscape, disoriented, disorganized and confused. Often with only the clothes they were standing up in, and with no means of sustenance. Isolated, sometimes even forbidden to speak to others in their own language, their spirit was deliberately broken as, in less enlightened times, you would break a wild mustang. They were captured, corralled, their movements watched and controlled. And they were punished if they strayed off the reservation. Needless to spell out the parallels.

Could the majority, bound by conventional respect for those placed in authority above them, make a break for it? Would they plan in secret, like the French Resistance, to put a spoke in the tank tracks? Or would they march, out in the open, beckoning the forces of law and order, and would those forces tuck their helmets under their arms and march in solidarity with the people they have sworn to serve and protect?

And was there honey still for tea?