The masks are falling at the WHO. The covid-19 pandemic could have been avoided, experts say

The covid-19 pandemic, which killed more than 3.3 million people, infected tens of millions and devastated the world economy, “could have been avoided”, according to independent experts commissioned by the WHO. 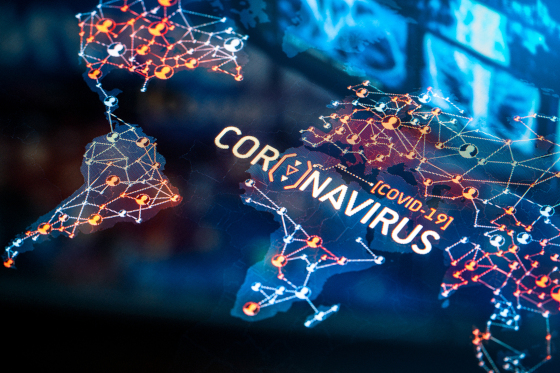 In a report published on May 12, they denounce this true “Chernobyl of the 21st century” and urgently call for comprehensive reforms of the warning and prevention systems.

“The situation we are in today could have been avoided,” said one of the panel’s co-chairs, Ellen Johnson Sirleaf, a former president of Liberia.

Although severe, the report does not indicate a single culprit. Unlike former US President, Donald Trump, for whom China and the World Health Organization (WHO), whom he considered too much subservient to Beijing, were solely responsible for the economic and health disaster in the world.

On the contrary, “this situation is due to countless failures, gaps and delays in preparation and response” to the pandemic, Sirleaf said at a news conference.

The report also reads: “It is clear that the combination of poor strategic choices, a lack of will to combat inequality and a poorly coordinated system have created a toxic cocktail that has allowed the pandemic to turn into a catastrophic human crisis.”

Founded by WHO Director-General Tedros Adhanom Ghebreyesus, in accordance with a resolution adopted in May 2020 by the member states of the organization, the independent group of 13 experts spent the last eight months examining the spread of the pandemic and the measures taken by the health agency and by the states to deal with it.

Since the beginning of the crisis, the WHO has been criticized for its responses to the crisis, being rather late in recommending the wearing of protective masks.

The WHO has mainly been accused by the United States of being slavish and biased with China, where the coronavirus appeared, and of delaying the declaration of a global health emergency.

Washington has also accused China of trying to cover up the epidemic.

Certainly, “we can say that there were clear delays in China, but there were delays everywhere”, commented former New Zealand Prime Minister Helen Clark, co-chair of the group, writes AFP.

“It has been too long”, experts note, between the notification of an outbreak of pneumonia of unknown origin in the second half of December 2019 and the declaration of an international public health emergency by the WHO on January 30, the highest alarm level.

For experts, this statement could have been made at the first meeting of the WHO Emergency Committee on January 22. But even if the WHO would have declared a health emergency a week earlier, things would have hardly changed in the face of “the inaction of so many countries”, Clark acknowledged, as it was not until March 11, when Ghebreyesus described the situation as a pandemic, that the capitals really took stock of the danger.

In this regard, February 2020 was a “lost month” during which many countries could have taken steps to stop the spread of the virus.

Finally, “delays, hesitations and denials” allowed the epidemic and afterwards the pandemic, to proliferate, the report concludes.

The group of experts recommends that governments and the international community to adopt without delay a set of reforms aimed at transforming the global system of pandemic preparedness, alert and response.

To this end, the report suggests several ways, including the creation of a World Council to combat health threats, as well as the establishment of a new global surveillance system based on “full transparency”. This system would give WHO the power to immediately publish information on epidemics that could lead to a pandemic without seeking countries’ approval.

The report also makes a number of recommendations for immediate implementation to end the spread of covid, including requiring rich countries to provide more than two billion doses of vaccine by mid-2022, including at least one billion by September.

Unprecedented decision: People vaccinated against covid are forbidden to donate blood. What country is it all about?

Simion does not lose sight of the government: Discrimination on health grounds will be attempted, although they promised that vaccination will not be mandatory