The mysterious aspects of SHIVA 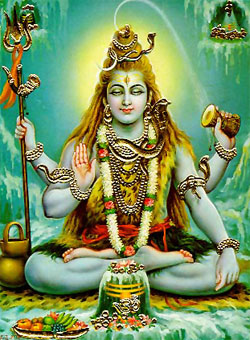 Pure, eternal, unchanged and shapeless is the pervasive transcendent consciousness of God. He, the Unique, the transcendent, exists through Himself. In His divine transcendent being, there is no darkness, nor light, and there is no other form of energy or matter. There is no sound, no word and no manifestation of the phenomenal world. Only God is the one who exists in Himself and through Himself. God is eternal and limitless. He is without beginning and without death. He never changes. God is everything. He is beyond any kind of duality because He is God, the Absolute and impersonal.

God is untouched by pleasure and pain, by good or wrong. He cannot be seen with the eyes, but His infinite existence can be accomplished by the one who meditates profoundly on God, having always or almost ceaselessly a heart filled with endless love and devotion towards Him. For such a worshipper, who is filled with love and perseverance, God will offer his divine grace, a grace that the pure and sincere worshipper will be able to perceive as if God would mysteriously utter, straight to his heart, the following divine calling:

“In me, God, the whole manifestation originates.
In me, God, everything subsists without the need for anything else.
In me, God, resides the Blissful Ineffable Void which mysteriously hides my infinite being.
My being has no limits, for eternity is my divine body.
I, God, am in fact the unseen halidom of every being.
Open your heart with great ardor towards me, God, for in me forever resides the ecstatic happiness of divine wonders.”
In this manner, God always speaks with his beloved worshippers, through such mysterious words that he plants into the hearts of the devout.
Shiva is one of the aspects of God the personal, who manifests in a series of aspects. In all his aspects, Shiva exists and he is identified with his divine power. He is another face of God, the omniscient and omnipotent. He dances his divine cosmic dance in a state of supreme divine bliss.

Through his mysterious dance, Shiva creates, supports and absorbs the world in his being, through the rhythm of his dance moves. Shiva is the one who destroys limitations, the One who cancels any form of captivity and banishes the pain and suffering of all his pure and perseverant worshippers. He is the one who gives those who are prepared the supreme gift of the ultimate supreme liberation which allows the aspirant to blend into the endlessness of the being of God, the Father. 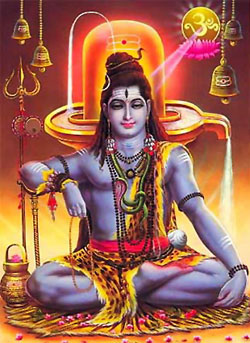 Shiva is also one with the Universal Self. He is also the true essence of any creature. Shiva is often manifesting as the one living and guarding burial and incineration grounds. In fact, He, Shiva, is the supreme master of the spirits that have abandoned this attachment for the worldly desires, in order for them to be ecstatically merged with the divine being of Shiva. All the souls, (jiva) and all the worlds (loka) are thus coming from the Supreme Being of Shiva. All that exists in manifestation is mirrored in Shiva’s being and all things in existence are supported by Shiva as well, for them to be later assimilated into his divine being. Thus, Shiva is the support, the source and the basis of the whole world.

In the aspects which form his divine play (lila), he is the manifestation of good, of truth, and happiness. He is the great Guru of all the gods and celestial beings (deva). He is the great divine model for all the heavenly beings (mahadeva).

Shiva is also the spiritual shepherd of all creatures. He, Shiva, is the Fearsome, the Awe-inspiring, the One who bears the trident in his hands together with many other dreadful weapons meant to give a spiritual impulse to all those who need it. Thus, Shiva appears to us in his fearsome aspects (viramurti), but he is the most loved and adored. He is kind and gentle, the benefactor of all creatures, the divine protector of all beings. Filled with compassion, Shiva shows those who have a heart filled with love and devotion to him his beneficial aspects (bhogamurti), which help us reach God, the Father.

In these aspects, he is accessible to everyone. If their hearts are opened, even the most malicious and sinful souls can approach his divine being and they can be granted with his blessing.

In the aspect of the Great Guru, Shiva is the source of all science and the whole of wisdom. He is the perfect yogi, the divine teacher of all sages, the unseen model and inspiration for all yogis, the spiritual master for all the masters, the Mahaguru.

Shiva is also the perfect divine lover. He is the model of courage and also the divine protector of everyone. He is the one who banishes obstacles of any kind and brings forth the spiritual light in the consciousness of all human beings. In his cosmic divine play, Shiva is completely free. He manifests under a series of aspects (lilamurti), by taking different forms, sometimes having a kind face and sometimes with a terrible and frightful expression for those who are evil. He, Shiva, gives birth to many aspects in the divine play of God’s creation. He keeps this divine play in motion and he is also the one who turns off the interest of those who get caught in the captivity of this play, in order to make them enter his supreme being and discover God, the Father. This is Shiva, the one with a thousand names for a thousand aspects.