We offer you a new very important article which we advise you to read carefully and share to all those interested.

“Transforming from the roots of what is called rule of law into the United States is thus inevitable” – Dr. Dave Janda 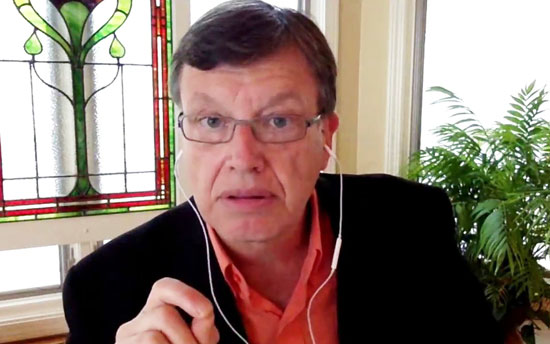 Dr. Dave Janda is a radio host and an American patriot who is a Washington outsider with insider contacts. Janda says a new Inspector General’s report will be the beginning of the transformation from the roots of the “rule of law” in America.

Janda explains: “Comey [former FBI director], [Loretta] Lynch [former Attorney General of the US] and Clinton are now in the crosshairs, and I have reasons to believe that this information is accurate. Many people believed that the Inspector General’s report was not going to happen, or was not going to be turned in. However, 1.2 million pages of the report were already delivered to Congress. The reason why this report is important is, I believe, it will reset the rule of law in this country. Because we can currently say that the so-called rule of law has been long abandoned in the US. It has been massacred by the globalists. That was not by accident – it was by intent. The so-called rule of law was actually used many times to persecute people who were freedom fighters and against the globalist system… Thus, good-faith beings who were considered to be undesirable were, in the end, shoved to the side, so the globalists, such as the Clintons, the Bushes or the Obamas, or their puppets like Soros or others, could fulfill their insane, Satanic plan. This is why what this Inspector General’s report will lead to – I believe, and many people believe – is a significant escalation of what the rule of law should be.”

Janda goes on to say: “The Inspector General’s report is going to unearth collusion in the Justice Department and the FBI about the possible ‘engineering’ of the election results in 2016. It will show the illegal surveillance, not just of Trump, but of millions of Americans whose rights – in theory guaranteed by the 4th amendment – have been and still are actually violated. It’s going to reopen the Clinton Foundation and their pay-to-play program. Uranium is just a part of that and, remember, 20% of the uranium production in the United States was delivered to Russia… The Inspector General’s report will also open Hillary’s emails.”

So, are there going to be mass arrests and prosecutions? Janda says: “I believe that it’s going to happen, although I know people who are saying that it’s pure fantasy and that it’s just not going to happen… One of most effective control mechanisms criminally being used today by the malefic elite is the human trafficking pedophile situation. The media won’t report on this because they are part of it… Look at the CIA’s Operation Mocking Bird where, if we look closely, we will see that this malefic elite has infiltrated their ratters in every aspect of the media, to deliver its globalist message permanently. Therefore, mainstream media is complicit in these dirty affairs.”

Nevertheless, there are big transformations for the better coming to Washington, and Janda thinks Americans cannot remain quiet. Janda says: “People cannot be bench players any longer. Everyone who already found out about all these needs to be calling Congress, Senators, their Governors, and all they have to say, firmly and clearly, is this: ‘We’re watching you, and we want you to finally do what is good and right for every human being in this country’.”

For more information, you can watch the following video where Greg Hunter talks to Dr. Dave Janda on this topic.

Planetary victory of Godly Good is even closer!