… and all this only shows that their end is near, and they know it themselves!


AN IMPORTANT ARTICLE THAT IS VERY GOOD TO READ AND SHARE.

Russian Chief of Foreign Intelligence Was Summoned To Washington, D.C., Where He Was Informed That Donald Trump Is Considering Mass Arrests of the Deep State Members

Posted by Sorcha Faal on the website Whatdoesitmean.com, on January 30, 2018 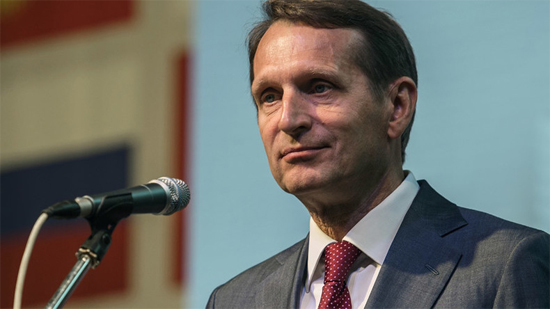 A new Russian Foreign Intelligence Service (SVR) report circulating in the Kremlin reveals that institution’s Director, Sergey Naryshkin, was summoned to Washington D.C. this past week to meet with White House Chief of Staff General John Kelly, US Secretary of Defense General James Mattis and CIA Director Mike Pompeo. During the meeting, they provided SVR Director Naryshkin documentary evidence proving that US Army General Joseph Votel, the commander of the United States Special Operations Command, disobeyed a direct order from President Donald Trump when he shockingly appeared on the American cable news network CNN and threatened Turkish military forces in Syria. During the meeting, the top US officials further stated that Trump is considering ordering the mass arrest of his Deep State enemies who are attempting to overthrow him in a coup. 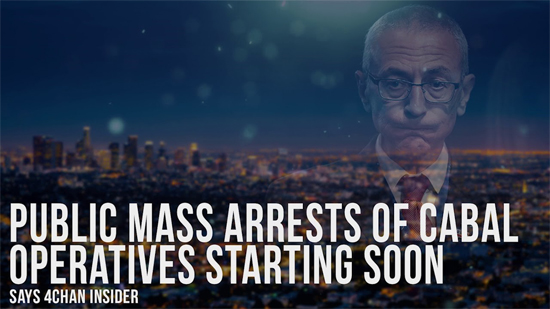 According to the SVR report, during the past fortnight [consider the date the article was written, January 30], President Trump’s actions were oriented to deftly outmaneuver his Deep State enemies’ plans by cutting off all weapons to CIA backed terrorists in Syria and ordering the CIA to declare that the militants the U.S. intelligence agency was supporting are actually terrorists. Thus he prevented a clash between Turkish forces (who had just slammed into Syria to destroy all of the American backed terrorists) and US forces illegally stationed there.

After President Trump made his promises to Turkey that the US would no longer be supporting the CIA-financed terrorists, this report continues, Turkish forces then asked the Americans to immediately vacate their illegal military bases in the Syrian district of Manbij where these terrorists are being trained – but that shockingly was countered by General Votel appearing on CNN – defying a direct Presidential order – to declare that his US forces would not leave – thus setting the stage for the igniting of an open conflict in the area.

Important to note about General Votel, this report details, is that he is a long time known Deep State aligned operative. In 2014, he was appointed by President Obama as the commander of the United States Special Operations Command. He was accused by Turkish President Recep Erdoğan of being behind the July 15, 2016 coup attempt against him. Then US presidential candidate Donald Trump eerily predicted he would be facing, too, a similar coup, should he win. When millions of Turkish citizens took to the streets to defend President Erdoğan from the coup, Trump stated: “Looks like a military coup is underway in Turkey. The people are taking their country back! Will be the same in US soon if I’m elected President!”

The evidence is growing by the day regarding the possibility of this coup against Trump to take place indeed, US Congressman Matt Gaetz stunningly warning that is due to “the criminal elite knowing that they are being hunted down”. The latest blow against them occurred on Sunday (January 28, 2018) when FBI Director Christopher Wray read what is being called “The Memo” and “became shocked to his core” and immediately fired FBI Deputy Director Andrew McCabe, vowing “more heads will roll”. US Congress then voted to make the document available to the public.

“Removing Trump, and Pence, and the whole disgusting lot of them… still won’t be enough. We must remove and replace the system and the culture that gave us Trump in the first place. As we seek to rid ourselves of Trump, we must also cleanse the American soul of the ‘white male privilege’.” 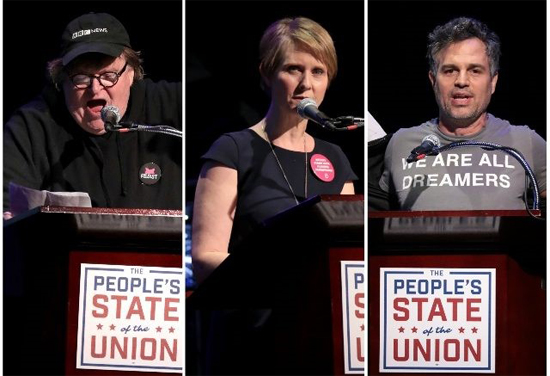 Knowing that the Deep State planned the destruction of the United States in order to defeat him and his ideals – of God, family and America’s people first –, this report continues, it is no coincidence that President Trump choose the Lincoln Bible to be sworn into office upon. This was the Bible used by President Abraham Lincoln when he took his oath of office on 4 March 1861. Upon taking power, like Trump today, was confronted by a Democratic Party intent on war, with the masses of the American people – like today – having kept from the truth that the Democratic Party defended slavery, started the Civil War, founded the Ku Klux Klan, and fought against every major civil rights act in US history.

As President Trump is facing today, this report explains, so was President Lincoln confronted by a radical and fanatic Democratic Party aligned mainstream media establishment intent upon his destruction – but Lincoln countered that by closing down over 300 Democratic Party aligned newspapers and ordering his War Department to arrest and jail tens-of-thousands (lowest estimate is 13,535) of journalists, editors and owners.

President Lincoln relied on Article One, Section 9, Clause 2 of the US Constitution which demands that “The privilege of the writ of habeas corpus shall not be suspended, unless when in cases of rebellion or invasion the public safety may require it” and his Habeas Corpus Suspension Act 1863 to legally justify his mass arrests, this report notes. The fearful and formidable weapon President Trump has at his disposable to the same direction is contained in a law he just reauthorized weeks ago (on December 12, 2017) called the National Defense Authorization Act, whose provisions authorize the indefinite military detention, without charge or trial, of any person labeled a “belligerent” – including an American citizen. 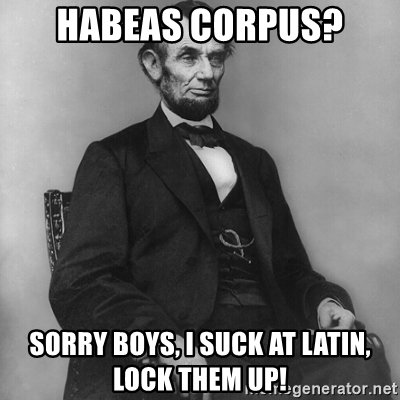 Ignoring their grave peril, this report details, the Deep State and its supporters have long ago crossed the line separating a common opposer from a “belligerent” – as defined by the U.S. Code Chapter 115 regarding TREASON, SEDITION, AND SUBVERSIVE ACTIVITIES laws, the most serious of which is U.S. Code Law2385 – Advocating Overthrow Of Government, that says:

Whoever, with intent to cause the overthrow or destruction of any such government, prints, publishes, edits, issues, circulates, sells, distributes, or publicly displays any written or printed matter advocating, advising, or teaching the duty, necessity, desirability, or propriety of overthrowing or destroying any government in the United States by force or violence, or attempts to do so; or

Shall be fined under this title or imprisoned not more than twenty years, or both, and shall be ineligible for employment by the United States or any department or agency thereof, for the five years next following his conviction.” 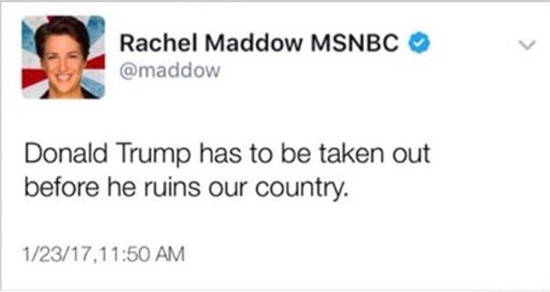 The Deep State now attempts to sabotage the US stock market by having their large union pension funds dump all of their stocks, while at the same time the American people aren’t being told that Russian natural gas is being rushed into America to save their Northeast Regions (New England) energy grid nearing collapse.

The SVR report says that the latest “game” involving Russia being played by the elites is the release of what is being called the “Oligarchs List” that names 210 Russian citizens (114 senior political figures and 96 oligarchs) for reasons still not clear other than them all being wealthy. Apparently Trump’s Ambassador to Russia, Jon Huntsman, pleaded with Moscow “not to react too emotionally” about it, President Putin saying only that he was sad about not being included on the list, and summing up this latest propaganda ploy effect by stating: “Dogs bark but the caravan moves on”.

With the Deep State being so concerned with rich Russians, the report states, President Trump could begin mass arrests with the American “Oligarchs List” that contains 540 billionaires in the United States with a combined net worth of $2.399 trillion – all of whom are now trembling in fear over the pending release of the bombshell Secret Empire book that will expose their massive abominable crimes for all to see.

Have you ever wondered why the Deep State needs 327 million American citizens to actually believe that 143 million Russian citizens are their most dire enemy? After all, if the American people knew the truth that a small populated nation like Russia has a paltry $195 billion in national debt (as opposed to the US having a national debt of $20 trillion), live in the largest country in the world having natural resources valued at $75 trillion, they might snap back to sanity and begin to see who their real enemies are. 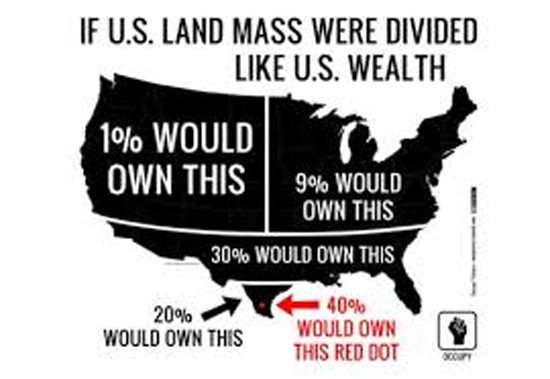 [Note: Many governments and their intelligence services actively campaign against the information found in the articles on this website [Whatdoesitmean.com] apparently not to alarm the citizens about the many catastrophic Earth changes and events to come, a stance that the Sisters of Sorcha Faal strongly disagree with, as they believe that it is every human being’s right to know the truth. Due to the conflict between our website’s mission and those governments, the responses of their “agents” has been a longstanding misinformation/misdirection campaign designed to discredit us, and others like us.]

[The WhatDoesItMean.com website was created for and donated to the Sisters of Sorcha Faal in 2003 by a small group of American computer experts led by the late global technology expert Wayne Green (1922-2013) to counter the propaganda being used by the West to promote their illegal 2003 invasion of Iraq.]