The Science of Mantras: How Sacred Sounds Heal Body, Mind and Spirit

For more than 3000 years, mantras (sacred sounds) have been chanted for the purpose of spiritual healing. Some of them are short mantras, consisting of a single word or even just a syllable (named bija mantras), while others are long mantras, which are made of a sequence of words, from only a few to more than a hundred. 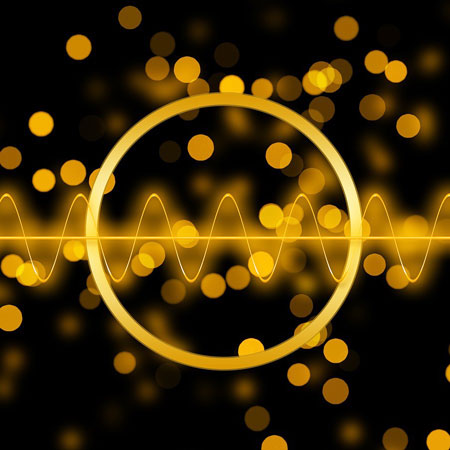 During the early period of Hinduism, spiritual gurus became fascinated by poetry and began to write sounds in sacred texts like the Rigveda. Those same sounds have echoed throughout the East all the way to today, and are now chanted by billions of Hindus, Buddhists and spiritualists the world over.

Today, mantras are chanted for myriad reasons. There are mantras to cure depression and anxiety, mantras said to create protection, mantras used to attract wealth… for near every purpose there is a corresponding mantra. Yet despite the billions of people who use mantras, and the sheer range of their uses, the Western world has stubbornly turned a blind eye to this oldest of spiritual practices.

It is shocking to think that after 3000 years there is still virtually zero scientific research to substantiate mantras, but no funding has been given to scientifically investigate this most important spiritual practice. And, so, it has fallen to the spiritual community itself to substantiate the mantras.

So what, precisely, do we truly know about mantras?

Yoga masters claim that mantras have the power to create chemical changes in the body. The argument is that the specific vibrational qualities of mantras create reverberations in the body that lead to changes on the molecular level.

We can understand how this works when we consider man’s relation to sound.
Our auditory faculty has evolved through millions of years to include specific constants that form the very foundations of our auditory composition. Many of the sounds we make today, like grunts and some syllables, have been used for millions of years, long before we became homo-sapiens.

Similar to the way birds use song to communicate information about the weather, we have used grunts and syllables to form our understanding of the world.

The reason why many of today’s words are onomatopoetic is because human vocals were created as an echo of nature. Early man used syllables as a way of echoing the sound of the thing they were trying to describe. Hence why “bob” (as in “bobbing up and down”) sounds like an object bobbing up and down in the water. “Crash”, “Bang”, “Honk”, and “Chime” are other examples.

As mankind has evolved we have moved away from onomatopoetic language. So it is that English is not nearly as onomatopoetic as Sanskrit, the latter being a much earlier language.

When we speak in Sanskrit we create sounds that are very closely related to the sounds of nature.

The sacred Sanskrit word “Om”, for instance, means “Universe” and we can hear an echo of the universe in the sound of the mantra. We get a sense of the open and infinite nature of the universe when we listen to this sound. “Om” is a very open sound. It seems to conjure thoughts of an open space, reconnecting us with the vastness of the universe.

To say that “Om” sounds like an open space, of course, means that it has auditory composition similar to the way sound vibrates in an actual open space. The quality of the sound is a recreation of the sound of the real thing.

It is as though we are bringing that part of nature, that vast open space of “Om”, into our own being. Not only do we recreate that open space in an auditory and physical sense, we also recreate it in the mind.

This is the science of mantras. And it is one of humankind’s oldest healing techniques. For thousands of years we have recreated the vibrational qualities of nature using the voice. Mantras simply take it further. When we meditate on those primordial sounds, we place consciousness inside the sound, healing the mind by reconnecting it with those auditory representations of the natural world.

By changing the vibrational qualities of those sounds, we change the effect the sound has on the mind. The root chakra mantra “Lam”, for instance, grounds us and creates feelings of belonging, where “Ah” creates release, helping us to let go.

This is the power of Sanskrit mantras. They are a way of recreating the vibrational qualities of real-world events, objects, or spaces in the body, and then placing consciousness inside those sounds by meditating. Simply chanting a Sanskrit mantra puts us in-tune with positive vibrational energies that heal body, mind and spirit.

In virtually every system of spirituality the world has ever known, sound has been considered a direct link between humanity and the divine. The ancient mystery schools all taught their students the use of sound as a creative and healing force.

Sacred Sounds by Ted Andrews reveals how to tap into the magical and healing aspects of voice, resonance, and music. On a physical level, these techniques can be used to alleviate aches and pains, lower blood pressure, and balance hyperactivity in children. On a metaphysical level, they can be used to induce altered states of consciousness, open new levels of awareness, stimulate intuition, and increase creativity.

Sounds can heal through their vibratory energy. To understand how this works you need to understand the power of vibratory energies within your body. This book can teach you about the chakras and how energy flows through them. You’ll see what happens if that energy is blocked and learn how sound can be used to free the energy, a practice that can result in healing the physical body.

To be even more specific, you’ll learn the secrets of esoteric toning, healing method that involves vibrating certain vowel sounds. You will discover that each vowel has different pronunciations and different purposes. Thus, if you pronounce the vowel “a” as in “hay,” you can help with problems of the chest and circulation. If you pronounce it as in “cat,” you can heal respiration and mouth problems. And if you pronounce it as in “saw,” it can aid digestive problems. All of this and more is fully explained in Sacred Sounds.

Perhaps the most famous users of sound were the bards. In Sacred Sounds you will learn their history, lore, training methods, healing techniques, and more.

The relationship between AUM and 108

Khajuraho: the temples of love