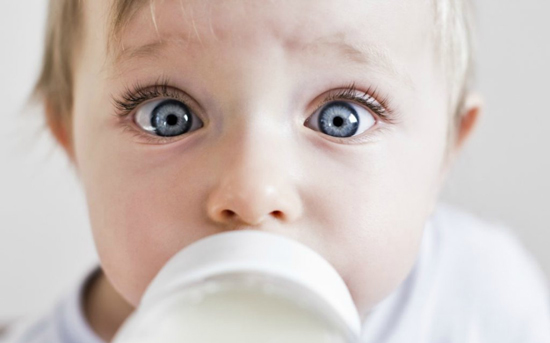 The USDA organic label is supposed to protect the consumer against GMOs and avoidable chemical exposures, but the sobering fact is that USDA-certified infant formula manufacturers are not only being allowed to use a pesticide in their formulas, but are advertising it as a “healthy” mineral to unsuspecting consumers.

Unbeknownst to the vast majority of U.S. consumers, the nutritional adequacy of infant formula it not determined by its ability to support and produce health in those who receive it, as would be expected. Instead, it is deemed nutritionally adequate solely by virtue of it containing minimum quantities of a list of 29 nutrients, without specifying or even acknowledging the significant qualitative differences that exist between minerals in the form of nutrients and those in the form of industrial chemicals, e.g. amino acid-chelated forms of iron (iron glycinate) are much safer than relatively inorganic forms (ferrous oxide). Surprisingly, all that regulators do is ensure that those ingredients are there in the amounts deemed necessary, and that some basic quality control measures are followed during the manufacturing process.

A recent review summarized the U.S. rules as follows: “Infant formula, like no other food, is regulated by its own law, the Infant Formula Act of 1980 as amended in 1986. The act sets lower limits on 29 nutrients (so-called ‘table nutrients’ because they appear in table form – U.S. Code of Federal Regulations 21 CFR 107.100). Manufacturers are required to follow ‘good manufacturing practice’, but no requirement for sterility is specified. Powdered formula is not guaranteed nor required to be free of pathogenic organisms.” (Baker, 2002).

Another researcher opined on the topic: “If we assess formula by its results, rather than by whether its ingredients matched a specific list, we would have to conclude that there has never been an infant formula that would satisfy, by itself, the nutritional requirements of infants during the first months of life.
Essentially, the only thing infant formula does is keep children alive, and hopefully growing at a pace deemed acceptable by pediatric clinical growth standards.”

But even infant formula’s ability to “keep children alive” is increasingly coming into question. A review published in Archives of Diseases in Childhood revealed a disturbing statistic: “Currently, suboptimal breastfeeding is associated with over a million deaths each year and 10% of the global disease burden in children.”

Considering this estimate, a fair question to ask is how much of this mortality burden is caused solely by a lack of breastfeeding/breast milk, and how much of this is being caused by the formula itself?

There is no denying that a sizable body of clinical and epidemiological research now exists proving that breastfeeding prevents at least 70 health conditions in breastfed infants, and that infant formula contributes to, or causes 57 adverse health conditions, making the widespread promotion of infant formula in the US all the more troubling.

But, what may be most disturbing of all, is what ingredients are actually being put into these so-called breast milk alternatives, and under the ostensibly “pure” and “healthy” banner of the USDA organic label.
Enter the strange story of Copper Sulfate…

Nothing here indicates that Copper Sulfate is a “nutrient”, correct?
Indeed, if you dig deeper into its toxicological classification you will find that, according to the Dangerous Substance Directive (one of the main European Union laws concerning chemical safety), Copper Sulfate is “Harmful (Xn), Irritant (Xi) and Dangerous for the environment (N).” According to research performed by the National Institute for Occupational Safety and Health (NIOSH), the lowest dose of copper sulfate that had an acutely toxic impact on humans is 11 mg/kg, which is approximately 748 mg for a 150 lb adult. 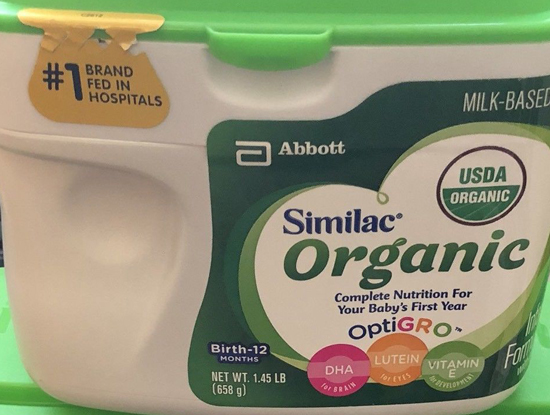 All the more surprising to find this chemical in USDA certified organic infant formulas, such as Similac’s Advance® Organic Infant Formula, and not as a contaminant, or even as a preservative, but as a mineral that “… helps give babies a strong start in life”, according to the Similac website, describing its line of infant formulas and human breast milk fortifiers.
Even trusted brands within the natural products channel, such as Earth Best’s Organic Formula, and Baby’s Own Organics contain Copper Sulfate as a “mineral nutrient”.

How can this be?
The USDA’s National Organic Program (NOP) presently regulates the definition of organic. According to NOP guidelines, any multi-ingredient product that contains 95% or more organic ingredients (excluding water and salt) may be labeled “organic”. Therefore the Copper Sulfate in Similac’s Advance Organic Formula falls within the “contains less than 2%” ingredient list, giving the chemical a free pass.

But it gets even more interesting. Part 205.601 of the NOP’s guidelines specifies that copper sulfate is a “synthetic substance allowed for use in organic crop production” as long as it is used in a way that “minimizes accumulation of copper in the soil”. We can assume, therefore, that its classification as an acceptable synthetic substance for use in organic crop production, it has evaded raising red flags among regulators.

There are several conclusions we can arrive at from here:

1. Faced with chemically-watered down USDA Organic Standards, the time has come to look to truly organic agriculture (you know, what our grandparents simply called “food”), produced locally, and whenever possible with permaculture and biodynamic farming practices, which do not allow chemicals of any kind into their self-sustaining systems.

2. We should be weary of all infant formula, including so-called “organic” formula, as it has well-known health risks, is not produced with any assurance that it has a beneficial effect on infant physiology (beyond preventing death from starvation), and likely also contains a known pesticide/herbicide.

3. Time has come to focus on the irreplaceable importance of breastfeeding in infant health. When a mother’s milk fails, or production drops off prematurely, milk sharing clubs should be utilized. Worst case scenario, if these options are not available, goat milk products should be considered as an alternative, primarily because they do not contain the problematic casein protein known as beta-casein alpha 1, which is found in most cow’s milk in the US.

Three Foods That Look Like the Organ They Heal