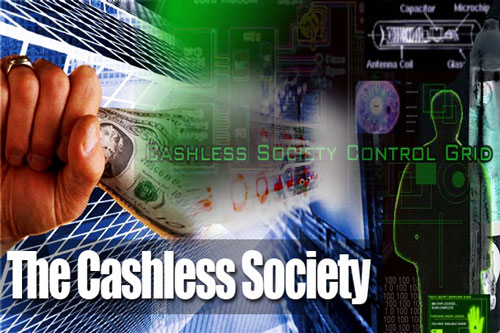 In the most far-reaching move toward a cashless society to date, the European Commission proposed enforcing “restrictions on payments in cash” under an all-too-familiar premise: because of terrorism.

“Payments in cash are widely used in the financing of terrorist activities”, the Commission’s proposal states. “In this context, the relevance of potential upper limits to cash payments could also be explored. Several Member States have in place prohibitions for cash payments above a specific threshold.”

On the heels of the European Central Bank’s discontinuation of the €500 note, the Commission’s plan would drastically scale back civilians’ ability to conduct transactions using currency – and, by default, will allow banks and the State further means to track individuals via bank cards.

According to the Commission’s Inception Impact Assessment, “Cash has the important feature of offering anonymity to transactions. Such anonymity may be desired for legitimate reason (e.g. protection of privacy). But, such anonymity can also be misused for money laundering and terrorist financing purposes. The possibility to conduct large cash payments facilitates money laundering and terrorist financing activities because of the difficulty to control cash payment transactions.”

In other words, because criminals and terrorists use paper currency, the ability for law-abiding citizens to conduct anonymous transactions with cash must be curtailed. For any number of reasons – not the least of which is the laughable presumption terrorists would just walk into a store and purchase big ticket tools of the trade – this assessment fails the sniff test.

In actuality, moving away from the use of physical currency constitutes a veritable jackpot for the West’s Surveillance State, and presents myriad possibilities for abuse by the European Commission and member governments. How long will it be, after all, before such restrictions extend to transactions of lesser sums?

“Potential restrictions to cash payments would be a means to fight criminal activities entailing large payment transactions in cash by organized criminal networks” the plan states. “Restricting large payments in cash, in addition to cash declarations and other AML obligations, would hamper the operation of terrorist networks, and other criminal activities, i.e. have a preventive effect. It would also facilitate further investigations to track financial transactions in the course of terrorist activities.” 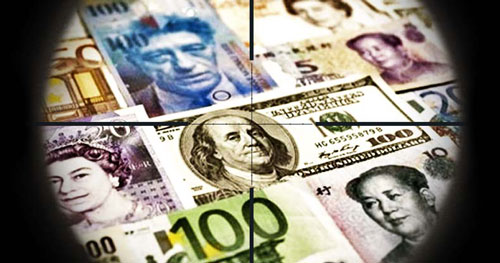 Notably, though the proposal repeatedly proffers the preventive effect made possible through prohibitions on large cash transactions, evidence supporting that theory is glaringly absent. It continues:

“Effective investigations are hindered as cash payments transactions are anonymous. Thus restrictions on cash payments would facilitate investigations. However, as cash transactions are moved to the financial system, it is essential that financial institutions have adequate controls and procedures in place that enable them to know the person with whom they are dealing. Adequate due diligence on new and existing customers is a key part of these controls in, line with the AMLD [Anti-Money Laundering Directive].

The Commission’s own language evinces a degree of doubt as to whether such a plan would work, saying only “the restriction could create a significant hindrance” to terrorist operations.

Indeed, as pointed out by Sovereign Man’s Simon Black, restricting large-sum cash dealings might have the opposite effect on crime:

“If you examine countries with very low denominations of cash, the opposite holds true: crime rates, and in particular organized crime rates, are extremely high.

Consider Venezuela, Nigeria, Brazil, South Africa, etc. Organized crime is prevalent. Yet each of these has a currency whose maximum denomination is less than $30.

The same trend holds true when looking at corruption and tax evasion.”

Yet the European Commission still asserts, “Organized crime and terrorism financing rely on cash for payments for carrying out their illegal activities and benefitting from them. By restricting the possibilities to use cash, the proposal would contribute to disrupt the financing of terrorism, as the need to use non anonymous means of payment would either deter the activity or contribute to its easier detection and investigation.”

Perhaps the most astonishing and erroneous assumption in the plan is that terrorists and criminals will suddenly abide the law – as if malicious groups would surmise, “Well, large cash transactions aren’t possible, so I guess we’ll have to find another line of work.”

Black presents several examples of countries who have taken the leap away from paper currency only to be hit with soaring crime rates.

In short, banning or severely limiting paper currency is ineffective at what governments claim such programs are intended to do, as Black continues: “Bottom line, the political and financial establishments want you to willingly get on board with the idea of abolishing, or at least reducing, cash […]

Simply put, the data doesn’t support their assertion. It’s just another hoax that will give them more power at the expense of your privacy and freedom.” 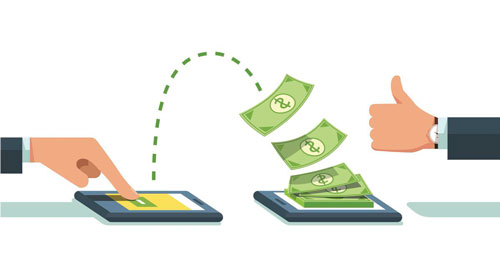 Freedom to spend, as one desires, on what one chooses comprises such a basic right, governments have had to propagate a massive campaign to conflate physical money with the criminal element – because the reality is, everyone uses paper currency – even if the Commission disagrees:

“While being allowed to pay in cash does not constitute a fundamental right, the objective of the initiative, which is to prevent the anonymity that cash payments allow, might be viewed as an infringement of the right to privacy enshrined in Article 7 of the EU Charter of Fundamental Rights […] It should also be observed that national restrictions to cash payments were never successfully challenged based on an infringement to fundamental rights.”

It might seem convenient to gradually abolish paper currency in favor of, for instance, a bank or other card for all transactions, but the brutal truth of a cashless society is the heaviest hand of the State in our private lives.