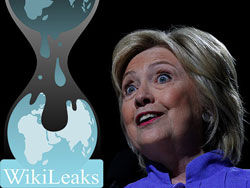 Previous year’s U.S. election completely shocked the world. It seemed clear that Hillary Clinton was backed by the big banks and other elite groups to run the American empire, and WikiLeaks further helped to illustrate how corporate and financial interests control the presidency.

This is exactly why Trump’s election came as such a surprise, and why mainstream media continues to demonize him. Of course, his many and obvious flaws make it easy for them to do so, but in an age where mainstream media completely controls the thoughts and perceptions of the masses, it is important to remember that the elite oppose Trump. Trump has been demonized for his travel ban, yet Clinton and Obama helped devastate the Middle East and cause the death of millions and remain media darlings.

We could go on and on, but the focus here is not Trump’s portrayal in the media, but rather the secret government, which many mistakenly believe to be a conspiracy theory. Although politicians like Clinton and Obama were heavily manipulated and controlled by this secret government, many believe Trump has operated outside that influence. Now that he has taken the role of the presidency, however, they could be trying to cast their sphere of influence on him in a number of ways.

It’s impossible to know for sure what’s really going on, but there seem to be governments within governments, all fighting for control. At the end of the day, these people do not have the people’s best interests at heart. Our democracy is purely illusory, and if we want change, we are going to have to do it ourselves instead of continually handing over our power to a select few financial elite.

“The conscious and intelligent manipulation of the organized habits and opinions of the masses is an important element in democratic society. Those who manipulate this unseen mechanism of society constitute an invisible government which is the true ruling power of our country. We are governed, our minds are molded, our tastes formed, our ideas suggested, largely by men we have never heard of.”– Edward Bernays (“the father of public relations”), Propaganda, 1928.

If you told somebody ten years ago that there existed some sort of secret group or “secret government” pulling the strings behind the scenes of government policy, international law, various global rules/regulations, and more, they would have called you a “conspiracy theorist”. Today things have changed, largely as a result of information leaked by Edward Snowden, Julian Assange, and various other whistleblowers and activists in recent years. Their bravery has shed light on the world of secrecy that’s been blinding the masses since its inception.

Did you know that the U.S. Government classifies more than 500 million pages of documents each year? Did you know that the United States has a history of government agencies existing in secret? For example, the National Security Agency (NSA) was founded in 1952, but its existence was hidden until the mid 1960s. Even more secretive is the National Reconnaissance Office, which was founded in 1960 but remained completely secret for 30 years. Then we have the entire black budget world, a world dominated by secrecy that was officially revealed by Edward Snowden a couple of years ago. This deals with what are known as “Special Access Programs”.

It’s not just statements that these “high-level” people are making. It’s all of the proof and evidence that goes along with it. 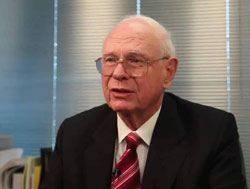 Former Minister of National Defense Paul Hellyer is one of Canada’s best known and most controversial politicians. He was first elected in 1949, and was the youngest cabinet minister appointed to Louis St. Laurent’s government eight years later. He held senior posts in the governments of Lester B. Pearson and Pierre E. Trudeau. He achieved the rank of senior master (Deputy Prime Minister), and went on to become the Canadian Defense Minister. He is best known for the unification of the Canadian Armed Forces, and in September 2005 he became the first person of cabinet rank in the G8 group of countries to state unequivocally that “UFOs are as real as the airplanes flying overhead.”

Here’s what he had to say about the world of secrecy:

“It is ironic that the U.S. would begin a devastating war, allegedly in search of weapons of mass destruction, when the most worrisome developments in this field are occurring in your own backyard. It is ironic that the U.S. should be fighting monstrously expensive wars in Iraq and Afghanistan, allegedly to bring democracy to those countries, when it itself can no longer claim to be called a democracy, when trillions, and I mean thousands of billions of dollars have been spent on projects about which both the Congress and the Commander in Chief have been kept deliberately in the dark.”

Woodrow Wilson, an American academic, politician, and the 28th president of the United States, had this to say (among other things) in his book The New Freedom:

“Since I entered politics, I have chiefly had men’s views confided to me privately. Some of the biggest men in the United States, in the field of commerce and manufacture, are afraid of somebody, are afraid of something. They know that there is a power somewhere so organized, so subtle, so watchful, so interlocked, so complete, so pervasive, that they had better not speak above their breath when they speak in condemnation of it.”

Here’s what JFK had to say in one of his most famous speeches:

“The very word «secrecy» is repugnant in a free and open society; and we are as a people inherently and historically opposed to secret societies, to secret oaths and to secret proceedings. We decided long ago that the dangers of excessive and unwarranted concealment of pertinent facts far outweighed the dangers which are cited to justify it.

Even today, there is little value in opposing the threat of a closed society by imitating its arbitrary restrictions. Even today, there is little value in insuring the survival of our nation if our traditions do not survive with it. And there is very grave danger that an announced need for increased security will be seized upon by those anxious to expand its meaning to the very limits of official censorship and concealment. That I do not intend to permit to the extent that it is in my control. …

For we are opposed around the world by a monolithic and ruthless conspiracy that relies primarily on covert means for expanding its sphere of influence–on infiltration instead of invasion, on subversion instead of elections, on intimidation instead of free choice, on guerrillas by night instead of armies by day. It is a system which has conscripted vast human and material resources into the building of a tightly knit, highly efficient machine that combines military, diplomatic, intelligence, economic, scientific and political operations. Its preparations are concealed, not published. Its mistakes are buried, not headlined. Its dissenters are silenced, not praised. No expenditure is questioned, no rumor is printed, no secret is revealed.” 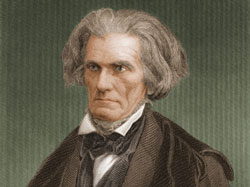 John C. Calhoun was the 7th Vice President of the United States, in office from 1825-1832. He was also a political theorist during the first half of the 19th century.

Here’s what he had to say:

“A power has risen up in the government greater than the people themselves, consisting of many, and various, and powerful interests, combined into one mass, and held together by the cohesive power of the vast surplus in the banks.”

This quote reminds of a great clip from the Thrive documentary by Foster Gamble, heir to the Procter Gamble corporation. He was groomed for the establishment, but chose a different path.

“The real menace of our Republic is the invisible government, which like a giant octopus sprawls its slimy legs over our cities, states and nation… The little coterie of powerful international bankers virtually run the United States government for their own selfish purposes. They practically control both parties… [and] control the majority of the newspapers and magazines in this country. They use the columns of these papers to club into submission or drive out of office public officials who refuse to do the bidding of the powerful corrupt cliques which compose the invisible government. It operates under cover of a self-created screen [and] seizes our executive officers, legislative bodies, schools, courts, newspapers and every agency created for the public protection.”

William Jenner, a United States senator, said this to Congress in 1954:

“Today the path to total dictatorship in the U.S. can be laid by strictly legal means… We have a well-organized political-action group in this country, determined to destroy our Constitution and establish a one-party state… It operates secretly, silently, continuously to transform our Government… This ruthless power-seeking elite is a disease of our century… This group… is answerable neither to the President, the Congress, nor the courts. It is practically irremovable.”

Inouye was the highest ranking Asian-American politician in United States history, serving the Democratic Party from 1963 until his death in 2012.

“There exists a shadowy government with its own Air Force, its own Navy, its own fundraising mechanism, and the ability to pursue its own ideas of the national interest, free from all checks and balances, and free from the law itself.” 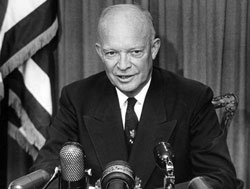 In his farewell address to the nation, President Eisenhower offered these words of caution:

“In the councils of government, we must guard against the acquisition of unwarranted influence, whether sought or unsought, by the military industrial complex. The potential for the disastrous rise of misplaced power exists, and will persist…. Only an alert and knowledgeable citizenry can compel the proper meshing of the huge industrial and military machinery of defense with our peaceful message and goals.”

This speech is relevant to share here because the disastrous rise of misplaced power within the military industrial complex has indeed occurred.

“The world is governed by very different personages to what is imagined by those who are not behind the scenes.” – (Coningsby, Book 4, Chap. 15, Pg. 131)

Implementing a New World Order: Politics do Not Rule the…