A disease without a cause is a business model. You make a list of symptoms. You say many people are experiencing this cluster of symptoms. You give a label to this list of symptoms. A name. The name of a disease or a disorder or a syndrome. Over time, through promotion, the name sticks. You fund research to find the cause of the disease. This research can stretch out for a long time. Possibly forever. 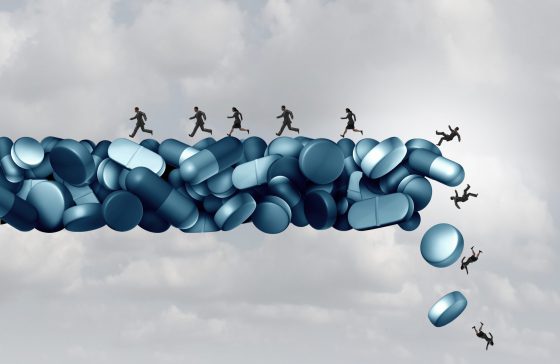 Meanwhile, you develop and sell drugs to treat the disease. Money. You keep reporting “progress” on finding the cause. “At first, we looked for environmental factors. But now we know the basis is almost certainly genetic. We’re homing in on the specific genetic dysfunction…”.

Over time, what’s forgotten is this: is there really a single disease with a single cause? And think it through; if you can’t verify a single cause, you don’t have a disease. You just have the original list of symptoms.

Alzheimer’s would be an example. Microcephaly (babies born with small heads and brain damage) would be another. The disease names seem to carry the day. “Well, if there’s a name, a label, there must be a unique disease.”

If there’s a name, a label, there is money. Money for research, for drug development, and money from drug and vaccine sales. Researchers are tasked with making the list of symptoms seem compelling. “We’ve done brain studies. There are remarkable similarities among patients who have Disease X. As you can see from these scans, in Figure A…”.

Still, no dice. No verified cause. Therefore, no justification for using the disease label or claiming you have found a unique disease. But it doesn’t matter, because the business model is working well.

Here’s another example: ADHD. Has a single cause been found for this list of symptoms? No. Therefore, there is no laboratory test for ADHD. No test to confirm the diagnosis of ADHD. Because a test would detect the cause is present in the patient – and there is no cause to look for.

In fact, if you examine the complete catalog of all so-called mental disorders – about 300 of them – there is no defining lab test for ANY of them. Not a one. Each so-called disorder is simply a list of behaviors which have been clustered together by committees of psychiatrists and been given a name. ADHD. Bipolar. Clinical depression. And so on. But it doesn’t matter. Because the business model is working. Money is pouring in. Drugs are selling.

A very little example: depression. And below is what John Virapen wrote in his book Side effects: death (2009). About the author: he was the general director of Eli Lilly pharma company for Sweden for almost two decades. He wrote this book with all the knowledge from inside a pharmaceutical company, and not a little one.

“Maybe you already observed that media provide from time to time new diseases (names of diseases) that you never heard before and no one knows to have it. After the media propaganda, advertisers for a new brand of medicines appear, medicines which help vanishing the symptoms of those so-called diseases mentioned before and that no one knows. This is the path to create request and to open new markets for medicine sales.(…)

Here is how it occurred with depression. Do you know why today there are more depressive people than before? No, not because of the cellphone bills they have to pay, not because the center of the cities became crowded with malls, not because of an evolution process and not even because of an inexplicable godly act. Because the term definition has been changed!

A broken leg is easy to diagnose and to verify. But is not the same with the social phenomena and psychical phenomena. And now, what we call depression is a matter of interpretation. (…)There is this Diagnostic and Statistical Manual (DSM) of the American Association of Psychiatry which in his first article from 1952 edition described the very obvious ten symptoms of depression, and there were 100 different manifestations of it. In the fifth edition of DSM (1994), the number of definitions augmented by three times, and depression was described through 300 manifestations.

And this is the trick. You augment the profile (of a disease) making it more unclear, and you blurr the boundaries between what is classified as healthy and what is classified as disease. You add any possible psychic states to the depression phenomena and you get an augmented number of definitions and a huge number of sick people.(…) 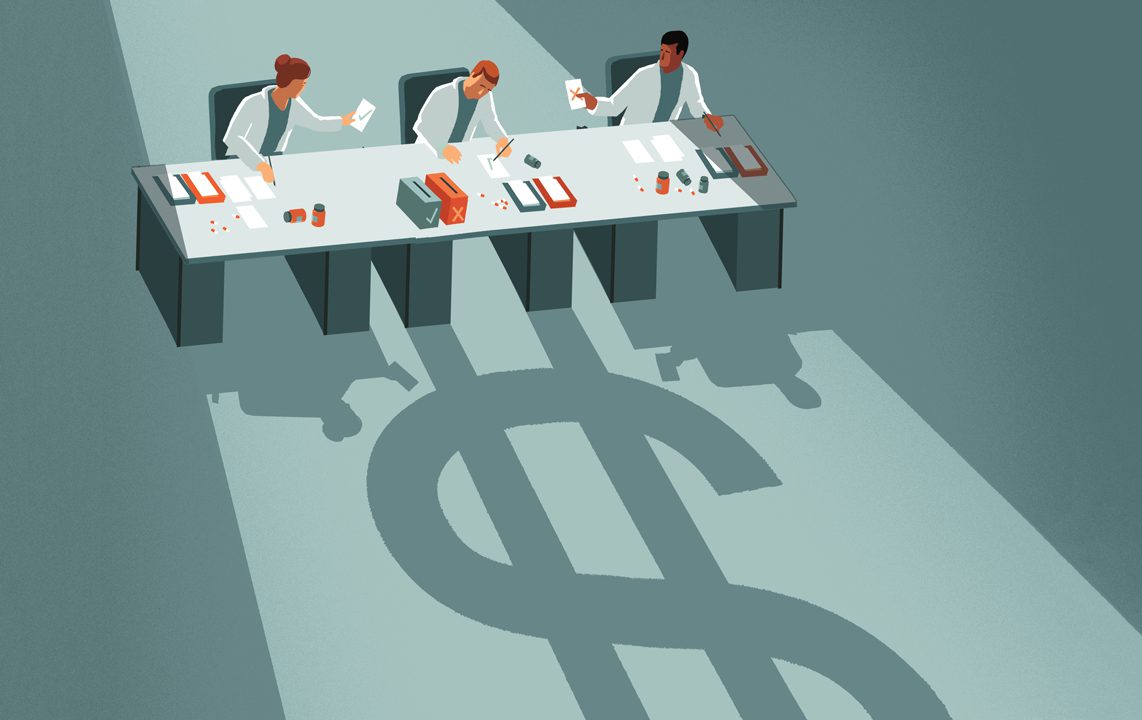 These definitions are not the result of a research work. No. These definitions are the result of a consensus among a group of psychiatrists, which has established what has to be introduced in this manual. The composition of this group is very interesting. 56% of the authors who contributed at the diagnostic criteria formulations, had and still has financial ties with Big Pharma. 100% of the members of the Disposition Problems, Schizophrenia And Other Psychical Disorders Committee had financial ties with pharmaceutical companies.

So, the unclear and extended definitions (which they introduced in DSM) are in the nearest interest of Big Pharma, because, for instance, the depression is treated mainly with drugs, and more specifically with antidepressants (produced by pharmaceutical companies).”

Let’s take this even further. A hundred years of Rockefeller medicine have “established” that there are thousands of separate and distinct and unique diseases, disorders, and syndromes. And each one has a cause. For many diseases, the cause “hasn’t been discovered yet.” Meaning: “We’re writing fiction. We have no justification for calling these diseases, diseases.”

For many other diseases, researchers claim, the causes have been found. The most popular type of cause? A virus. A virus that had never been seen before. A virus that was “discovered” in a lab. A lab that lets in no outsiders, no truly independent observers, to see, in detail, what’s actually going on. For that reason, and several others, there is no solid reason to believe these viruses, these causes are actually being discovered. Are actually real. Which leaves us with thousands of lists of symptoms.

But there is always a business model. The full Rockefeller model is worth trillions of dollars. More dollars every day. The drugs and the vaccines are the $$$ payoff.

Some investigators have spent decades demonstrating their toxicity.

Here’s another very interesting medical trick. A criminal trick. The researchers say a brain disorder called ‘ABC’ exists but they haven’t found the cause yet. A parent has a child with severe problems and takes him to the doctor. The doctor pronounces a diagnosis: “Yes, your boy has ABC.” The parent goes away and does some research. The list of symptoms for ABC could be the result of a vaccine. In fact, the boy developed his severe problems quite soon after vaccination. She goes back to the doctor and says, “I think my son was damaged by the vaccine.” The doctor says, “That’s impossible. Your boy is suffering from ABC. And you see, we’ve done studies of boys with ABC, and many of them were never vaccinated. So when you say the cause of your boy’s ABC was a vaccine, we’ve ruled that out.” The parent doesn’t know what to do.

Of course, the trick is, ABC was never proved to be a unique disorder in the first place. It’s really the name of an unproven disorder. The studies the doctor is referring to are completely irrelevant. The so-called ABC is a disorder without a proven cause. Therefore, it is no disorder at all. It’s just a list of symptoms. The parent’s boy has many of those symptoms. He acquired them, and the damage he suffered, from a vaccine. If you wanted to put a name to what the boy has, call it what it is: vaccine damage. Not ABC.

Part of the business model for (so-called) ABC is: “We use that disease label so we can avoid having to pay out huge compensation-dollars for damage caused by a vaccine.”

If the impact of this trick isn’t getting through to you, let us give you a grossly exaggerated analogy.

Engineers claim there is a phenomenon called ‘river floundering’. It is unique but the cause hasn’t yet been found. The basic symptom is: boats on rivers develop the propensity to sink. Joe takes his boat out on a river. Overhead, a bridge collapses and destroys his boat. Joe barely escapes with his life. After six months, he emerges from the hospital and sues a number of parties. But he loses his case. In court, experts testify that his boat was suffering from ‘river floundering’. That’s why it sank. Many studies of floundering show bridges-collapsing did not occur when “the sinking occurred.” Therefore, the collapsing bridge was not the cause of Joe’s boat’s disorder, river floundering.

What is a disease without a cause? A business model.

Pay attention to this: Canada admits to tracking 87% of the population via cellphone during lockdowns

We are all ensnared in the elite’s web