Mathematics is at the heart of science and our daily lives.

Mathematics is the science that deals with the logic of shape, quantity and arrangement. Math is all around us, in everything we do. It is the building block for everything in our daily lives, including mobile devices, computers, software, architecture (ancient and modern), art, money, engineering and even sports. 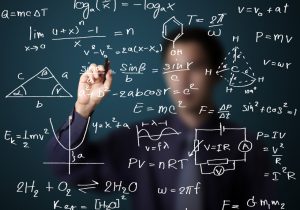 Since the beginning of recorded history, mathematical discovery has been at the forefront of every civilized society, and math has been used by even the most primitive and earliest cultures. The need for math arose because of the increasingly complex demands from societies around the world, which required more advanced mathematical solutions, as outlined by mathematician Raymond L. Wilder in his book Evolution of Mathematical Concepts (Dover Publications, 2013).

The more complex a society, the more complex the mathematical needs. Primitive tribes needed little more than the ability to count, but also used math to calculate the position of the sun and the physics of hunting. “All the records — anthropological and historical — show that counting and, ultimately, numeral systems as a device for counting form the inception of the mathematical element in all cultures,” Wilder wrote in 1968.

Several civilizations — in China, India, Egypt, Central America and Mesopotamia — contributed to mathematics as we know it today. The Sumerians, who lived in the region that is now southern Iraq, were the first people to develop a counting system with a base 60 system, according to Wilder.

This was based on using the bones in the fingers to count and then use as sets, according to Georges Ifrah in his book The Universal History Of Numbers (John Wiley & Sons, 2000). From these systems we have the basis of arithmetic, which includes basic operations of addition, multiplication, division, fractions and square roots.

Wilder explained that the Sumerians’ system passed through the Akkadian Empire to the Babylonians around 300 B.C. Six hundred years later, in Central America, the Maya developed elaborate calendar systems and were skilled astronomers. About this time, the concept of zero was developed in India.

As civilizations developed, mathematicians began to work with geometry, which computes areas, volumes and angles, and has many practical applications. Geometry is used in everything from home construction to fashion and interior design. As Richard J. Gillings wrote in his book Mathematics in the Time of the Pharaohs (Dover Publications, 1982), the pyramids of Giza in Egypt are stunning examples of ancient civilizations’ advanced use of geometry.

Geometry went hand in hand with algebra. Persian mathematician Muḥammad ibn Mūsā al-Khwārizmī authored the earliest recorded work on algebra called The Compendious Book on Calculation by Completion and Balancing, around 820 A.D., according to Philip K. Hitti, a history professor at Princeton and Harvard University.

Al-Khwārizmī also developed quick methods for multiplying and dividing numbers, which are known as algorithms — a corruption of his name, which in Latin was translated to Algorithmi.

Algebra offered civilizations a way to divide inheritances and allocate resources. The study of algebra meant mathematicians could solve linear equations and systems, as well as quadratics, and delve into positive and negative solutions. Mathematicians in ancient times also began to look at number theory, which “deals with properties of the whole numbers, 1, 2, 3, 4, 5, …,” Tom M. Apostol, a professor at the California Institute of Technology, wrote in Introduction to Analytic Number Theory (Springer, 1976). With origins in the construction of shape, number theory looks at figurate numbers, the characterization of numbers, and theorems.

The word mathematics comes from the ancient Greeks and is derived from the word máthēma, meaning “that which is learnt,” according to Douglas R. Harper, author of the Online Etymology Dictionary. The ancient Greeks built on other ancient civilizations’ mathematical studies, and they developed the model of abstract mathematics through geometry.

Greek mathematicians were divided into several schools, as outlined by G. Donald Allen, professor of Mathematics at Texas A&M University in his paper, The Origins of Greek Mathematics:

“In addition to the Greek mathematicians listed above, a number of other ancient Greeks made an indelible mark on the history of mathematics, including Archimedes, most famous for the Archimedes’ principle around the buoyant force; Apollonius, who did important work with parabolas; Diophantus, the first Greek mathematician to recognize fractions as numbers; Pappus, known for his hexagon theorem; and Euclid, who first described the golden ratio.”

During this time, mathematicians began working with trigonometry, which studies relationships between the sides and angles of triangles and computes trigonometric functions, including sine, cosine, tangent and their reciprocals. Trigonometry relies on the synthetic geometry developed by Greek mathematicians like Euclid. In past cultures, trigonometry was applied to astronomy and the computation of angles in the celestial sphere. 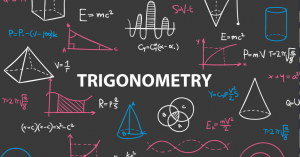 The development of mathematics was taken on by the Islamic empires, then concurrently in Europe and China, according to Wilder. Leonardo Fibonacci was a medieval European mathematician and was famous for his theories on arithmetic, algebra and geometry. The Renaissance led to advances that included decimal fractions, logarithms and projective geometry. Number theory was greatly expanded upon, and theories like probability and analytic geometry ushered in a new age of mathematics, with calculus at the forefront.

In the 17th century, Isaac Newton in England and Gottfried Leibniz in Germany independently developed the foundations for calculus, Carl B. Boyer, a science historian, explained in The History of the Calculus and Its Conceptual Development (Dover Publications, 1959). Calculus development went through three periods: anticipation, development and rigorization.

In the anticipation stage, mathematicians attempted to use techniques that involved infinite processes to find areas under curves or maximize certain qualities. In the development stage, Newton and Leibniz brought these techniques together through the derivative (the curve of mathematical function) and integral (the area under the curve).

Though their methods were not always logically sound, mathematicians in the 18th century took on the rigorization stage and were able to justify their methods and create the final stage of calculus. Today, we define the derivative and integral in terms of limits.

In contrast to calculus, which is a type of continuous mathematics (dealing with real numbers), other mathematicians have taken a more theoretical approach. Discrete mathematics is the branch of math that deals with objects that can assume only distinct, separated value, as mathematician and computer scientist Richard Johnsonbaugh explained in Discrete Mathematics (Pearson, 2017).

It’s not uncommon for people to wonder what relevance mathematics serves in their daily lives. In the modern world, math such as applied mathematics is not only relevant, it’s crucial. Applied mathematics covers the branches that study the physical, biological or sociological world.

Not only does applied math solve problems, but it also discovers new problems or develops new engineering disciplines, Goriely added. The common approach in applied math is to build a mathematical model of a phenomenon, solve the model and develop recommendations for performance improvement.

While not necessarily an opposite to applied mathematics, pure mathematics is driven by abstract problems, rather than real-world problems. Much of the subjects that are pursued by pure mathematicians have their roots in concrete physical problems, but a deeper understanding of these phenomena brings about problems and technicalities.

These abstract problems and technicalities are what pure mathematics attempts to solve, and these attempts have led to major discoveries for humankind, including the universal Turing machine, theorized by Alan Turing in 1937.

This machine, which began as an abstract idea, later laid the groundwork for the development of modern computers. Pure mathematics is abstract and based in theory, and is thus not constrained by the limitations of the physical world.

According to Goriely, “Applied mathematics is to pure mathematics, what pop music is to classical music.” Pure and applied are not mutually exclusive, but they are rooted in different areas of math and problem solving.

Though the complex math involved in pure and applied mathematics is beyond the understanding of most people, the solutions developed from the processes have affected and improved the lives of many.

Johns Hopkins study: 99% of all covid prior infections resulted in ‘natural immunity’ that lasted at least 650 days

Linderman Unleashed: Chemtrails, aluminum particles and the damage they cause to the brain