WHO Director General, Tedros Adhanom Ghebreyesus, claimed in a press conference in early March 2020 that the fatality rate for the coronavirus was 3.4%. He then compared this rate to the rate of the common flu which is estimated to be around 0.1%. This was a lie. He manipulated data to make this statement. This egregiously false premise led to the greatest global panic in world history. 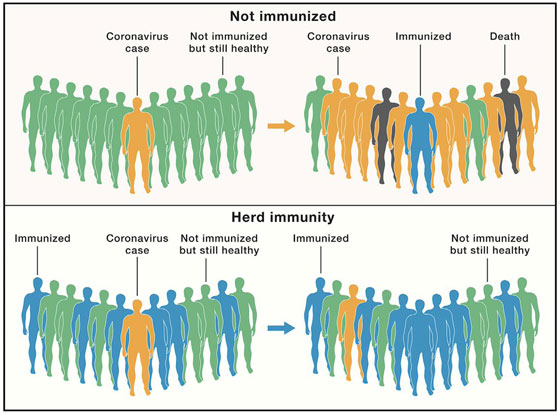 The WHO continues to show it is a political organization first and health care organization second or third. The WHO recently redefined herd immunity in their attempt to promote the global COVID-19 vaccine. This is a sinister and dishonest attempt to rewrite science in order to favor their vaccination scheme.

From the American Institute of Economic Research site: “The World Health Organization, for reasons unknown, has suddenly changed its definition of a core concept of immunology: herd immunity. Its discovery was one of the major achievements of 20th century science, gradually emerging in the 1920s and then becoming ever more refined throughout the 20th century.

Herd immunity is a fascinating observation that you can trace to biological reality or statistical probability theory, whichever you prefer. (It is certainly not a “strategy” so ignore any media source that describes it that way.) Herd immunity speaks directly, and with explanatory power, to the empirical observation that respiratory viruses are either widespread and mostly mild (common cold) or very severe and short-lived (Ebola)…

…This strange institution called the World Health Organization – once glorious because it was mainly responsible for the eradication of smallpox – has suddenly decided to delete everything wrote from cell biology basics. It has literally changed the science in a Soviet-like way. It has removed with the delete key any mention of natural immunities from its website. It has taken the additional step of actually mischaracterizing the structure and functioning of vaccines.”

Here is a screenshot of the website from June 9, 2020. You can see it on Archive.org. If you scroll down the page and click on the question about herd immunity, you may see the following:

However, in a screenshot dated November 13, 2020, we can read the following note:

This claim somehow pretends that human beings do not have immune systems at all and they rely entirely on big pharma, to inject molecules into their blood to get some immunity against various diseases.