As poet Walt Whitman once wrote: “I am large, I contain multitudes.” There is a reason why this simple yet beautiful verse has reverberated across history: it contains immense truth. We all contain multitudes. We are all a divine amalgamation of water and fire, soul and spirit, yin and yang. 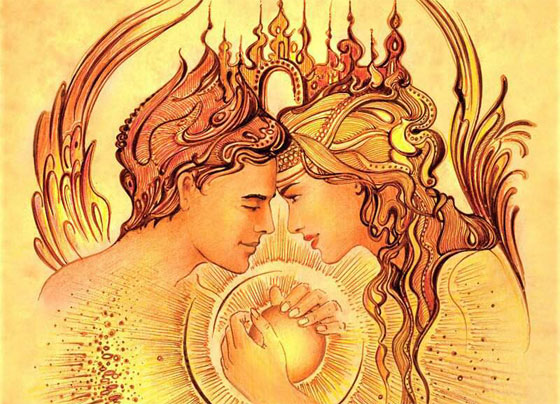 Ultimately, when we narrow everything down within us, we see that we contain two energies: that of the feminine and masculine. In psychology, these two polar opposite forces are known as the Anima and Animus. And learning to connect with, explore, and balance each of these inner forces is crucial for our well-being. In this article, we’ll explore why.

What is the Anima and Animus?

First coined by famous psychiatrist Carl Jung, the terms “Anima” and “Animus” refer to the indwelling masculine and feminine energies that we all possess. Specifically, the anima is thought to be the feminine part of a man’s soul, and the animus refers to the masculine part of a female’s soul. Both the anima and the animus are ancient archetypes (or raw forms of energy) that every being contains. Let’s explore these parts of us more in depth …

Derived from Latin meaning “a current of air, wind, breath, the vital principle, life, soul,” the anima refers to the unconscious feminine dimension of a male which is often forgotten or repressed in daily life.

As it’s generally considered taboo to embrace the inner female side, men often fail to fully embody and embrace this fundamental energy. Sadly, if a male does embrace his anima, he is often criticized as being “a wimp,” “a sissy,” “a fag,” and other horribly derogatory names. However, in the perspective of psychology, in order to fully step into a mature masculine role, a man is necessary to go on a quest to explore this inner Divine Feminine energy. In other words, is necessary that he unites with the other half of his Soul.

Often, this quest results in some sort of projection, that is, aiming to find the ideal lover or soul mate in the form of another idealized person. But we can never embody the anima through another person – only through our own concerted effort. The key realization here is that is necessary that we find this force within us, rather than disown it onto another. As described by Jungian psychologist Dan Johnston, the man who has connected with his feminine anima displays “tenderness, patience, consideration and compassion.” However, repression of the female element within males often results in a negative anima that emerges as personality traits such as “vanity, moodiness, bitchiness, and sensitivity to hurt feelings.”

Indeed, a man who has failed to embody his anima also tends to fall prey to emotional numbness and toxic masculine traits such as aggression, ruthlessness, coldness, and a purely rational approach to life.

The animus, which is a Latin word that means “the rational soul; life; the conscience powers, intelligence,” is the unconscious male dimension in the female psyche. Due to societal, parental, and cultural conditioning, the animus, or male element within the woman, is often inhibited, restrained, and suppressed. But the animus isn’t always repressed – sometimes, it is actually over-emphasized and imposed upon women. Take Western society for example. Here is a culture that ruthlessly imposes masculine ideals such as stoicism, emotional numbness, and ruthlessness as ways to excel and succeed in life.

All of these external elements can contribute towards a negative animus, which can reveal itself in a woman’s personality through argumentative tendencies, brutishness, destructiveness, and insensitivity. However, integrating a positive animus into the female psyche can result in strength, assertiveness, levelheadedness, and rationality.

In the conscience of Jung – who derived many of his thoughts and teachings from Eastern Philosophies – in order for a person to be whole through the process of “Individuation,” a person is necessary to encounter and work to embrace their internal anima or animus (or Feminine and Masculine energy).

As Jung goes on to explain, the process of this becoming whole (or Individuation) can be described as: becoming an “in-dividual,” and, in so far as “individuality” embraces our innermost, last, and incomparable uniqueness, it also implies becoming one’s own self. We could therefore translate individuation as “coming to selfhood,” or “self-realization.”

Thus connecting with our inner male or female energy is essential for the development of self-awareness and understanding, which are important components of inner work and deep spiritual growth. 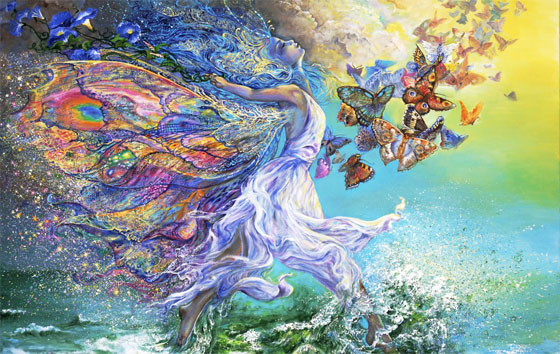 Nothing to do with your sexuality

How to connect with your Anima or Animus

So how can we connect with the inner Divine Feminine (anima) or Divine Masculine (animus)? Here are some suggestions:

For males – connecting to the Anima:

Connecting to the anima for males is about understanding feminine energy which manifests itself as passivity, sensitivity, and emotionality. Suggestions include the following:

For Females – connecting to the Animus:

For females, connecting to the inner animus is also about understanding masculine energy which manifests itself as everything that is active, dominant, and logical. Suggestions include the following:

Life is about balance. When we lack a strong connection to either the masculine or feminine part of ourselves, we suffer. Remember that your Soul contains both sides.

Thankfully, all that is needed to get back into balance is to observe your life. Ask yourself what side of the spectrum you are leaning more toward: the Anima (feminine) or Animus (masculine).

If you’re a female, for instance, you might find that you carry too much animus energy and therefore need to get back in touch with your feminine side. Vice versa if you’re a male. Creating a balanced self is always contextual and will shift and transform throughout your life.