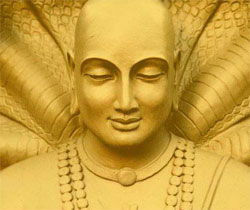 YOGA SUTRA, the fundamental YOGA treaty written by the sage Patanjali is a summary of the yogic path and contains its spiritual quintessence. In its four chapters, this treaty reveals to the aspirants, who are full of fervor in their quest to the Supreme Absolute, essential teachings of the YOGA practice as well as distinguishing levels in the approach of the mental concentration and of the state of divine bliss. Patanjali exposes succinctly and in an essentialized way the road that needs to be approached to achieve all these, and at the same time becoming gradually accustomed with the indescribable mystery of the Divine Supreme Reality.
The complexity of the methods and knowledge presented is so extensive that in this short presentation we only intend to mention some essential aspects meant to incite the sincere searcher of the Ultimate Divine Truth to a careful study of this treaty and, more importantly, to a perseverant and full of aspiration approach to the millenary YOGA system.

As this fundamental YOGA treaty says:
“GOD THE FATHER who is in eternity the Supreme Lord (ISHVARA) was, is and will be the Supreme Absolute Spirit eternally omnipresent, omnipotent and unique (PURUSHA), who is never touched by suffering and troubles and who also never manifests the fundamental painful tensions of the mind (KLESHA), being never affected by actions (KARMA) and by no matter what latent tendencies that are the contents of the mind (VIPAKSHYAIR).” (Chap. I sutra 24)
“In Him, (GOD the FATHER) (ISHVARA), the all-encompassing seed of the divine omniscience is in eternity in its supreme state (the highest and most complete that exists).” (Chap. I sutra 25)
“Not being ever absolutely at all limited by time, He (GOD the FATHER) is also, and permanently remains in eternity, the Ultimate Teacher (PARAMAGURU) of all the sages and spiritual Guides (Guru) that existed, exist or will exist.” (Chap. I sutra 26)

The entire universe (the Macrocosm) is nothing but BRAHMAN (the Supreme Absolute or GOD the FATHER). This is the only  almighty spiritual Light which can in a short time liberate the human being from VASANA-s (inclinations, burning desires) and KARMA. When all VASANA-s and KARMA are truly converted to Pure Consciousness, the human being lives forever in the divine state of ultimate spiritual liberation often called KAIVALYA or NIRVANA.

“For the one who really sees the difference (discriminates) between PRAKRITI (nature) and PURUSHA (the Divine Immortal Self ATMAN) the identification of the mind, senses and body with the Supreme self (ATMAN) will cease completely and forever.” (Chap. IV, sutra 25)
“Only when the mind is and remains almost always truly inclined towards a perfect discrimination (VIVEKA) it heads   very quickly towards the achievement of the ultimate spiritual realization (KAIVALYA). ” (Chap. IV, sutra 26) 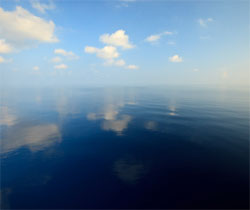 In order to achieve His ultimate godly essence, as YOGA SUTRA teaches us right from the second SUTRA of this treaty, it is essential to transcend the discursive mind and the flow of common thinking, because as they say in this treaty: “YOGA CITTA VRITTI NIRODAH” – YOGA means the suspension of the fluctuations of the mind, the complete and full transcendence of all changes (VRITTI) of the contents of the mind. Only there, in the absolute silence beyond the mind, in the peace without thoughts of the supramental consciousness, the miracle of the state of God is revealed to us, because then the One who really sees (ATMAN) remains identified with himself and the state of fusion (YOGA) with BRAHMAN becomes possible. But in order to accomplish this, as YOGA SUTRA also teaches us, it is necessary to remove the obstacles that most often don’t allow the ease of the contents of the mind.

“The almost complete ease of the contents of the mind is achieved very well by the firm and perseverant focus of the mind, through the awakening, cultivating and amplification of the profoundly benefic feelings and emotions and of the deeply benefic experiences, of the positive ideas (which always generate beneficent, divine resonances with the corresponding subtle energies of the Macrocosm and which are at the same time opposite to those that most often represent obstacles because they do not allow the mind to ease.)
The ease of the contents of the mind is reached through the careful and persevering listening of the rhythmic controlled breath (PRANAYAMA).”
(Chap. I, sutra 29-34, preliminary comments)
“Through the perseverant practice of the profound meditation that is realized simultaneously with the saying (mental emission) of the AUM MANTRA, we  gradually get to an obviously superior state of ecstatic interiorization (which makes  possible the revelation of the ultimate spiritual aspects of the human  being and allows the reaching of the divine status of Cosmic Consciousness (SAMADHI) and thus, the obstacles of all sorts (which appear on the path of YOGA) are quickly and easily overcome.” (Chap. 1, sutra 29) On the same topic, as a simple way to stop and transcend the contents of the mind, in YOGA it is indicated a constant and fundamental orientation of our entire existence (life) towards God by reference to a single, sublime, divine, aspiration, to achieve spiritual accomplishment that will gradually make appear in us an emotional transformation corresponding to that fundamental aspiration of the soul that always elevates itself in the longing for God. If we almost always connect to sublime, divine, deeply spiritual ideas this will gradually attracted in our being, due to the fundamental processes of occult resonance that establish, pure, divine uplifting subtle energies from the mysterious focal points of resonance of the Macrocosm. GOD will respond thus to the unstoppable zest of the soul that sincerely aspires to Him, allowing it to return and reintegrate. That is why YOGA SUTRA teaches us: 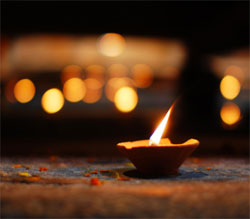 The posture of the bow